Sunday night former Virginia State Climatologist and Cato Institute scholar Pat Michaels was featured on Fox’s “Life, Liberty & Levin”, Mark Levin’s one-hour in depth interview program.  For those not familiar, this is not the Mark Levin you hear on the radio.  He’s quiet and questions his guests with great depth, and they are encouraged to give answers of similar depth.

The first segment subject was Michaels’ “Lukewarm” synthesis of climate change, with special attention to the spectacular disconnect between forecast and observed  upper  tropical tropospheric temperatures as documented by University of Alabama’s John Christy.  Michaels believes it is in part because  the models are “tuned” to relate the warming of the early 20th century to carbon dioxide and other anthropo-generated emissions.   He points out that when it began, the concentration was a mere twenty parts per million above the background, and that tuning them to predict the nearly 0.5°C warming from 1910 to 1945 almost certainly predisposes them to be overly sensitive.

Levin then asked Michaels for his views on the larger federalization of science, and how the political process can color the scientific literature.  You could see where it was headed, when he noted  that the aforementioned model disparity was enough to justify voiding EPA’s 2009 Endangerment Finding.  Just to make sure viewers got the point, he finished the interview with a repetition.

There is an interesting new twist that I don’t think Michaels has put on TV before, which is that if the climate forecast were made in the same manner as the daily weather forecast, we would be using the (one) model that works, the Russian model INM-CM4, to which he said something like “Call the Special Prosecutor!”

This may be the first long-format climate interview that wasn’t cut into disjointed sound bites. It’s wide- ranging  and really worth a look. Mark Levin did a thorough job.

If there really was a measurable “greenhouse effect” the temperature wouldn’t stop rising and i wouldn’t exist … Neither would you! 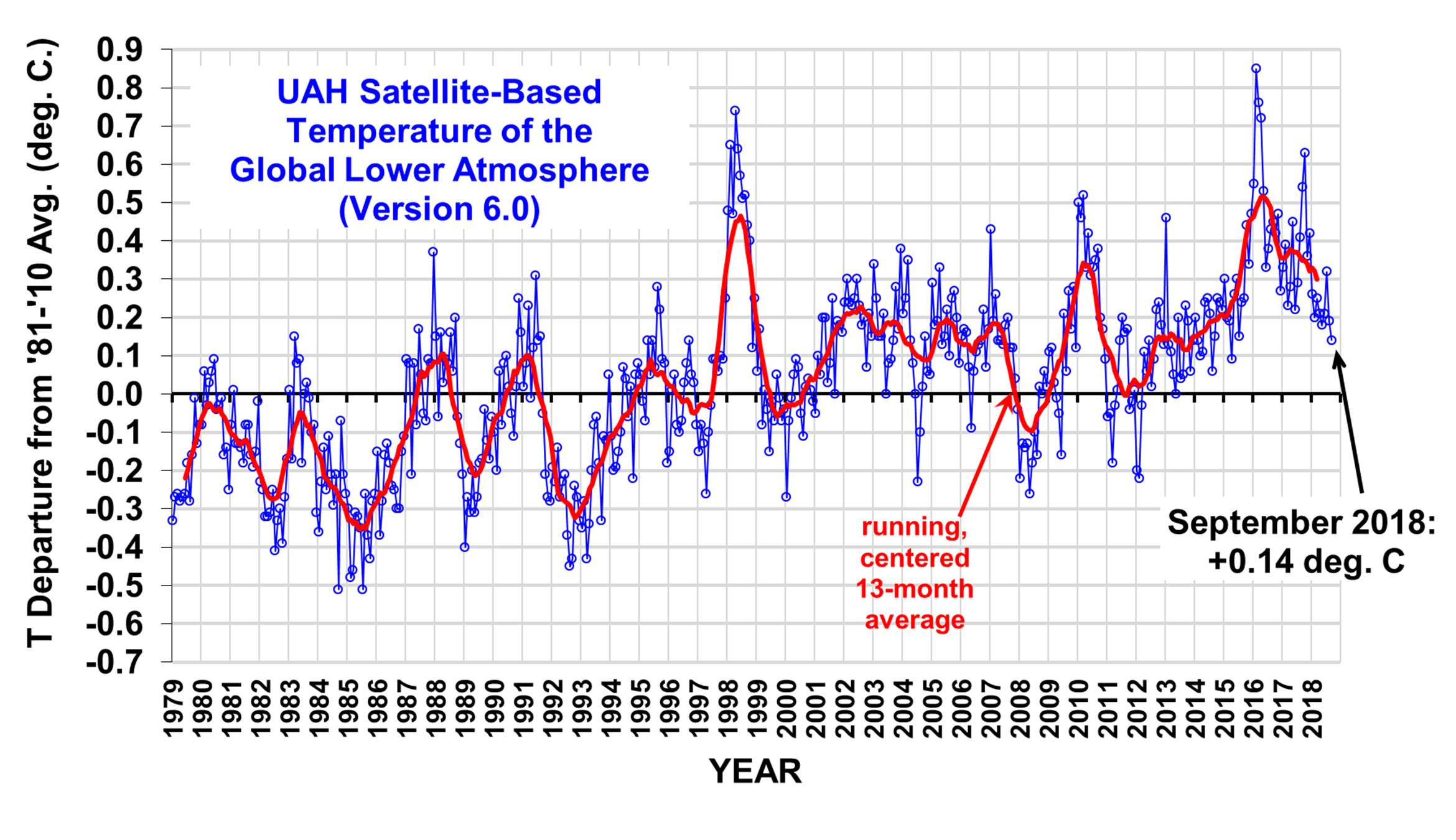 THERE IS NO RADIATIVE GREENHOUSE EFFECT A LOGICAL TRUISM: FALSE PREMISES LEAD TO FALSE CONCLUSIONS