When President Ronald Reagan identified the Soviet Union as the “Evil Empire” and asked President Mikhail Gorbachev to “tear down this wall,” he gave the moral courage to millions of oppressed people to revolt against communism. Now, only 30 years after the fall of the Berlin wall, communism is once again on the rise in America.

That may come as a shock to many. How can this moral travesty gain traction after all the evidence of the misery that it caused? The disturbing truth is that communism didn’t die with the Soviet Union. It had already migrated to and infiltrated the universities and upper echelons of American society. The millennials were not yet born or still children at the time. Their only information about communism comes through the radical leftists in the universities and the media, who are teaching them that it wasn’t an immoral system and had many positive qualities.

Fortunately, there exists a living example of communism today: China. Anyone who wants to study the long-term effects of this political system should look to this empire in the east.

Thanks to capitalist countries such as Taiwan, Hong Kong, and Singapore, whose populations are majority ethnic Chinese, we today have a near-perfect social experiment in the difference in the morality and behavior of people of the same race, culture, and language. Social scientists could almost not have designed a better experiment to test the effects of communism. 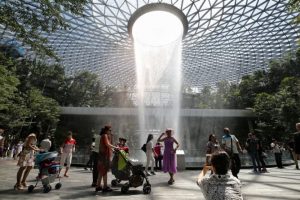 If you go to Taiwan, Singapore, or Hong Kong, you will see Chinese people who have lived under a mostly free economic system, with low taxes, small government, few regulations, almost no welfare state, and little corruption for over 50 years. Visually, the first thing that strikes you is how clean and well-ordered the countries are. If you stay there for an extended period, you will also notice that people are civil, courteous, helpful, and friendly. There is very little crime or reckless behavior.

For instance, the Singaporean government issued a statement that there had been 135 days with no reported crime in 2016, not even bicycle theft or pickpocketing. All three countries have among the highest life expectancies in the world, and at the same time, among the cheapest healthcare systems.

Taiwan is arguably the most Chinese country in the world because it has preserved traditional temples, buildings, and cultural icons, whereas, in mainland China, mobs of communist university students – the Antifa of their time – smashed, tore down, and destroyed all remnants of Chinese culture during the Cultural Revolution from 1966 to 1976. 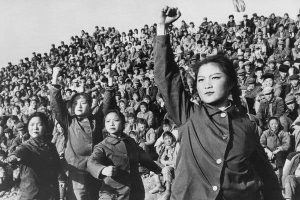 The Cultural Revolution did not only tear down buildings, but also morality and human decency. Today, communist China can often be a cruel and heartless place. In the public arena in the cities, people behave in a way that can only be best described as learned sociopathic behavior.

In 2014, a young female manager in Shenzhen collapsed in a subway station. The incident was caught on a security camera, which showed that she lay on the ground for 50 minutes until paramedics arrived only to find her dead. The footage revealed that countless people just walked around the dying woman, ignoring her plea for help.

This case got some press coverage because it was caught on camera and the woman was a well-educated and relatively high-profile businessperson. However, such cases are commonplace in China. Mainlanders will tell you that they deliberately instruct their families to not intervene or help in any way out of fear of getting in trouble.

Two well-known motorcycle podcasters running the popular YouTube channel ADVChina have been video blogging on wheels for many years. Both are happily married to Chinese women, and they love Chinese culture. While living there, their videos were only of a positive nature due to heavy censorship. Criticism of communism and the government is regarded as hate speech, and it would surely land them in much trouble. 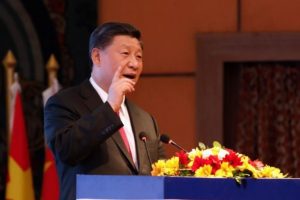 President Xi Jinping Recently, they both moved to the U.S. and were free to talk about the negative sides of communism. They moved because China under President Xi Jinping has been turning back to the dark days of Chairman Mao Zedong. Among the things they have discussed is the cruel nature of Chinese society.

They have personally witnessed learned sociopathy in public on numerous occasions. Unlike mainlanders, they have intervened whenever they have seen wrongdoing and have experienced first-hand how unwilling Chinese people are at getting involved in helping strangers.

It would be easy to blame it on Chinese culture, but given that none of this is observed in Hong Kong, Taiwan, or Singapore, the only possible explanatory factor must be communism. In the West, the left thinks of themselves as caring. They want socialism because they are convinced it will create a warm and secure society. Real-world experience proves that the opposite happens: Capitalist societies generate security and surplus that motivate warmth and pro-social behavior, whereas socialism invokes cruelty and indifference.

This irony will surely escape them, but those who care about preserving America as a free nation should use the example of communist China for all it is worth to teach the young generations about the destructive nature of socialism. There is no pot of gold at the end of the utopian rainbow, only suffering, cruelty, and misery on the way.