Image: Day of the Long Knives

Isn’t it special how weak and fragile all fascists, nazis and communist systems are? Because they’re painfully aware of how FAKE they are … Everything by and from the left is FAKE!

“We’ve always banned individuals or organizations that promote or engage in violence and hate, regardless of ideology,” Facebook told CNN Business via statement. “The process for evaluating potential violators is extensive and it is what led us to our decision to remove these accounts today.” Facebook also labeled the individuals “dangerous.”

Several prominent conservatives and free speech advocates, however, disagreed with the concept of a social media company being allowed to regulate speech on its platforms.

Human Events editor-in-chief Raheem Kassam invoked some history as he called the purge “day of the long knives.” 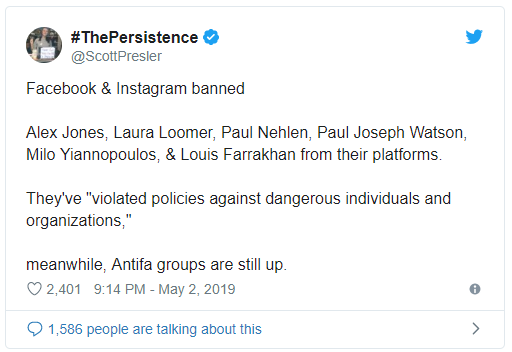 There were plenty more who echoed the message that, while everyone won’t always agree, everyone should have the right to be heard. 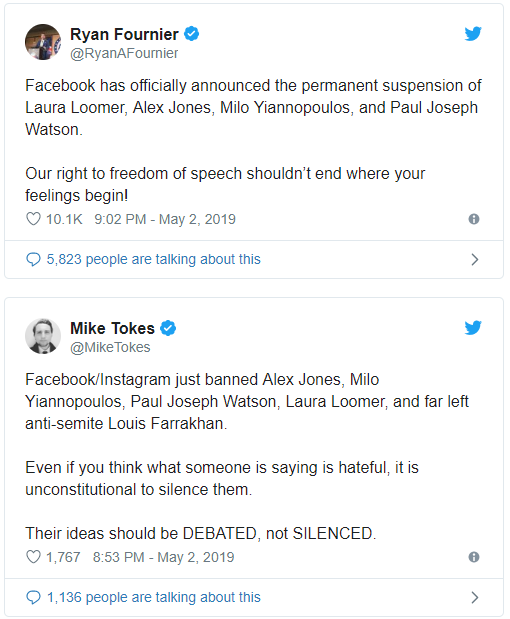 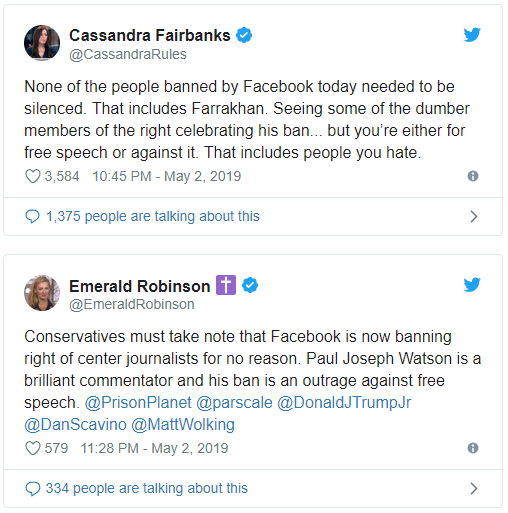 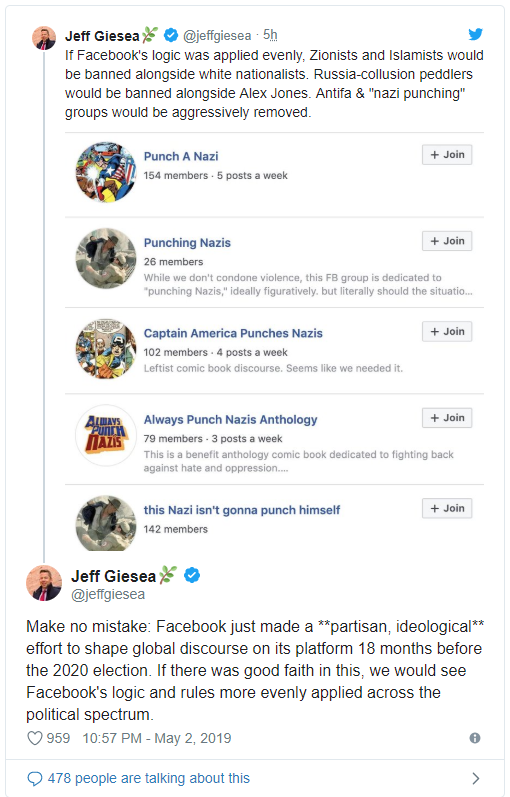 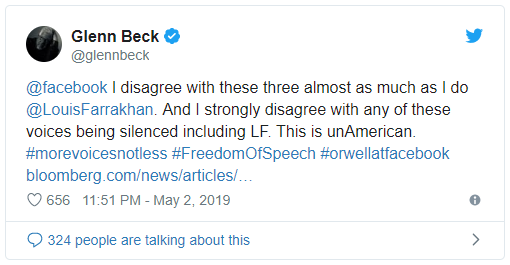 Alernatives to the facist SMP (Social Media Platforms): Gab, MeWe and many more, use DuckDuckGo to search for more .. Simply leave the snowflakes and the nazi-left alone with their pictures of food and cat-videos on their fragile platforms.