If the (Man Made) Global Warming hypothesis was true, the alarmists (Rent & Grant seeking activists and criminals) are telling us the Arctic would warm twice as fast as the rest of the planet, and most in the winter due to something they call “Polar Amplification.”

Record cold air masses from the Arctic proves that that is not happening, evidently there’s no (Man Made) Global Warming, there’s not even any natural global warming.

Your Week in Global Warming

Record lows at San Francisco Airport (station since 1945) are in the lower 30s during the fist week of February.

Feb 6th record low is 31°F set in 1989. Cold air from NW Canada is being dragged down the West Coast … chilly pattern ahead for California! (not the Polar Vortex) pic.twitter.com/ZfGvFXepLh

And it’s not just the U.S. that is suffering.

But this is not what the experts told us would happen… 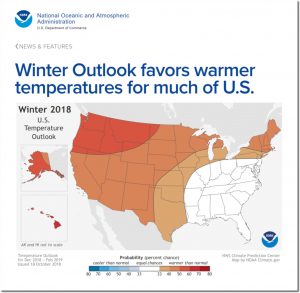 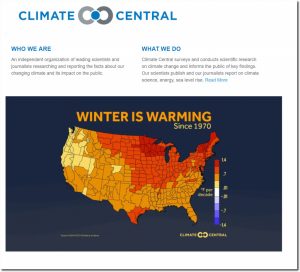 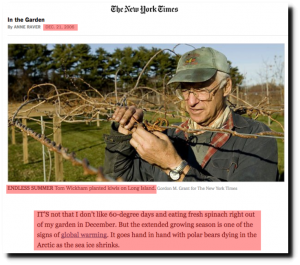 Here is another very moving story from the New York Times from 2014. Weep for the skiing industry. Soon we may never see snow again:

NYT 2014: “The end of snow?…in the Northeast, more than half of the 103 ski resorts may no longer be viable in 30 years because of warmer winters” https://t.co/W8trFcaXpS

Here – never let us forget – is the tragic prediction made in 2000 by Dr David Viner, senior research scientist at the Climatic Research Unit (CRU) and Britain’s University of  East Anglia:

“Children just aren’t going to know what snow is.”

Has the climate alarmism industry shown any contrition for its doomsday scaremongering about global warming? Absolutely none. Instead, it is doubling down…

Here is Canada’s CBC, greensplaining about how all this cold weather is basically just another sign of global warming.

CBC: “How climate change is behind this week’s extreme cold snap” https://t.co/d3qP9JTrly

This January should be remembered for its unusual warmth, not its cold.https://t.co/bfyyrLiMhW

Here is CNN trying to distract us with “Look! It’s very hot in Australia” [Author’s note: it is currently summer in Australia, a notoriously hot country]

US cities as cold as the Arctic. An Australian inferno. The UK covered in snow. It’s only one month into 2019 and extreme weather is shattering records around the world. https://t.co/yYqe0kuFZa pic.twitter.com/TpNUctXSjO

Here is the New York Times, trying to persuade us that cold weather is exactly the kind “extreme event” caused by ‘climate change’

This vague BS is not science just because someone with a science degree says it.

“… the profound changes in the earth’s atmosphere raised ‘the likelihood of a large number of extreme events.”https://t.co/ekuGv0mCZG

They are all at it. They just can’t help themselves…

It’s all around extreme weather.

Climate does not = weather https://t.co/0HwifKcuwG

Meanwhile Sen Elizabeth Warren believes that in future the Polar Vortex can be avoided, just so long as we bomb the economy back to the Dark Ages with the Green New Deal:

Our children & grandchildren should grow up in a world where they can breathe the air & drink the water – and go outside without risking their lives in extreme temperatures. It’s time to protect our planet & pass a Green New Deal. #PolarVortex2019 https://t.co/JYnVrxMf1t

Meanwhile in the world of science, evidence and reality…

The polar vortex is weather, doing what weather does. There have been cold winters before…

The coldest winters in the US were 1977/1978/1979 during the global cooling scare. The hottest summers (by far) were during the 1930s.
We have always had extreme temperatures, and it is astonishing that any politician could be so dishonest or misinformed as to state otherwise.

It snowed in Miami during January 1977.https://t.co/hA3dGJGFMepic.twitter.com/kiKnB5aZ1V

And, yes, in case you wondered – winters ARE getting colder in the Midwest

Tony Heller has the data… 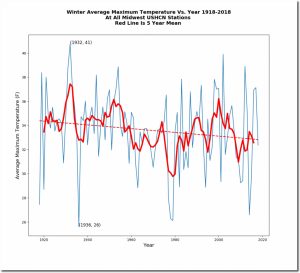 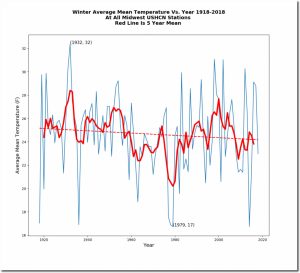 And the frequency of cold nights is increasing.