Yeah, I have been studying climate politics for a while. Here are some thoughts.
In 2007, our socialist coalition government here in Norway strongly recommended people to buy diesel cars and not petrol cars, as petrol would give more CO2 than diesel when combusted. More CO2 would destroy our planet as we knew it.
This anti CO2 school of thought entered our politics for full in the 90’s due to the claim from many scientists that CO2 suddenly had become a pollutant. It was no longer the good food for plants as we learned back in school or as we observe in nature. In 2017 we are even more intensively being told that we and our carbon footprint is bad for our planet (ref A), and that humans will bring the ultimate destruction of all life.

The leading climate alarmist of them all, Michael Mann, whom I follow on Facebook, has a fascinating and utterly negative view on human life. He fits in with the likes of Malthus and Erlich, for those who have read some history. Mann also has a small fan-base commenting on his Facebook-profile; most of them write that they think the earth would be better off without humans.
One of his followers, a woman, writes on his page: 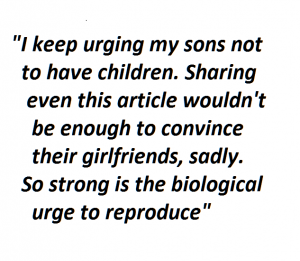 This real example from an alarmist, is unfortunately a very common and typical thought from the anti CO2 / anti greening-planet establishment, and it is very sad. It is very anti life and anti nature. These people represent a special kind, a dark, pessimistic and extremely negative, almost anti-human malthusian philosophy. But I digress..

Back in Norway, 2007 – the situation and political move regarding promoting diesel was part of the environmental commitment to the coalition government. Our politicians then jacked up taxes on petrol and lessened the taxes on diesel.
Our minister of finance said at the time (1) 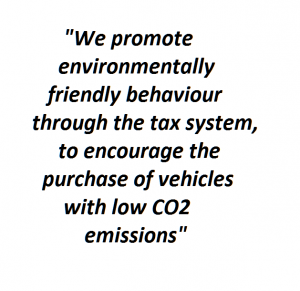 So, people bought diesel cars. Some families were forced to do so, of economic reasons, and some thought they’d save the planet. Fair enough.

After thousands of people bought diesel cars, people that otherwise would not buy diesel, the same politicians have now made it temporarily forbidden to drive diesel cars in the Norwegian capital city of Oslo on some days, because they release too much toxic gas and particulate matter that carry major health risks.
These health risk with diesel cars are real, so you may ask, what’s the problem with prohibition, temporarily or permanent?
The problem is that our government was warned about this in 2006 and earlier on, from people that knew the health issues with diesel cars. Our government ignored this very important information they were given. But politicians often dismiss information they don’t like or which doesn’t fit their plan, and they did not fail in doing so this time either.
Conservatives and The Progress Party told the media in 2012 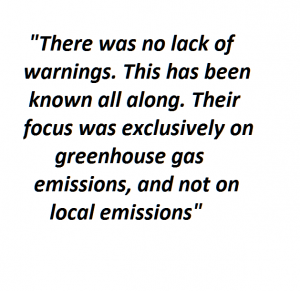 A big problem with these bad decisions is the opportunity cost of the people and our society. The opportunity cost refers to a benefit that a person or society could have received, but gave up, to take another course of action (2).
As a result of particulate matter and toxic gas in cities, thousands of people shorten their life or die. Because of a deceitful climate policy based on the idea that CO2 is more dangerous than particulates and NOx, we put the health of our children and grandchildren at risk.
CO2 does not cause direct or immediate problems for humans or life in general, but nitrogen oxides (NO) and nitrogen dioxide (NO2) and particulate matter do. They affect human health and cause a range of respiratory diseases. In 2008, a British report warned of even more problems: newer diesel engines have lower NO levels, but even higher NO2-leveles than the older engines. Diesels produce 15% less CO2 than petrol, but emit four times more nitrogen dioxide pollution (NO2) and 22 times more particulates.
Per January 2017, 1 out of 5 Norwegian children have asthma or similar health related issues. That is just horrible, and our politicians have worsened the situation a lot, by wasting time and effort and ignoring important information they should have shared with the people. This is the opportunity costs.

Total ban on diesel and petrol in 2025

Our politicians have set an aim for a total ban on selling both diesel and petrol cars within 2025, well documented in the national report “National Transport Plan 2018-2029” (3) at page 33. I repeat,
This is politics. This way of political thinking.. I don’t trust their maths, and I am afraid we haven’t look good enough on the real opportunity costs and what the same amount of effort and resources may do for us, our children and the planet. What’s the point with “promoting environmentally friendly behaviour through the tax system” if you are encouraging people to make the problems even bigger? Why don’t we look at the real problems that are killing millions of people, right now?
As Bjørn Lomborg says (4), “Speaking of climate change in catastrophic terms easily makes us ignore bigger problems, including malnutrition, tuberculosis, malaria and corruption” 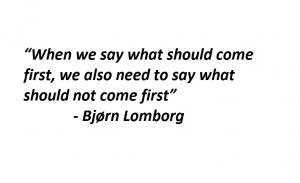