The ONS has published the Excess Winter Deaths stats for 2017/18, and as expected they are sharply up:

“The number of excess winter deaths in England and Wales in 2017 to 2018 was the highest recorded since the winter of 1975 to 1976. However, peaks like these are not unusual – we have seen more than eight peaks during the last 40 years. It is likely that last winter’s increase was due to the predominant strain of flu, the effectiveness of the influenza vaccine and below-average winter temperatures”.

Although the effectiveness of the flu vaccine was undoubtedly a major factor in the rise in EWD, the figures are a reminder that cold kills.

But what is particularly interesting in this latest edition is the summer mortality stats.

This is strong evidence that heatwaves have no significant effect on mortality rates.

But that does not stop MPs from warning us about 7000 heat-related deaths every year by 2050.

That was the facts, now, let’s have some fun with the morons, sorry, the, dishonest, “green”, Rent & Grant seeking activists and criminals, or communists (same difference) at the UN.

The planet is heating up but more and more people freeze to death – You can’t make up shit like this! 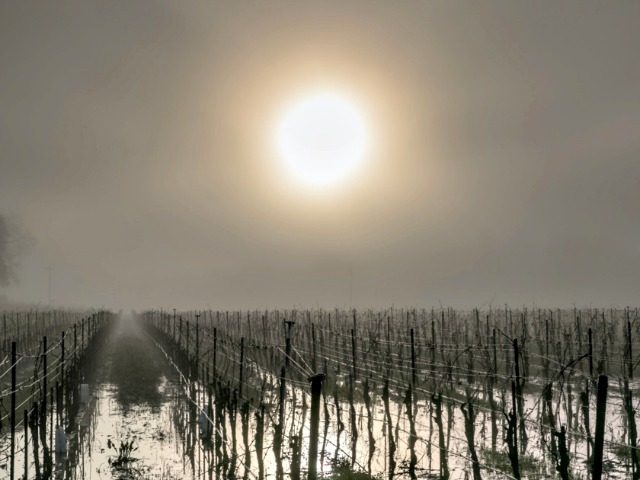 The United Nations COP24 climate change conference is underway in Poland and officials are warning that manmade pollution could result in death and destruction and even the end of the human race.

UN General Assembly president Maria Espinosa told AFP that mankind was “in danger of disappearing” if climate change was allowed to progress at its current rate.

In a rare intervention, presidents of previous UN climate summits issued a joint statement as the talks got under way, calling on states to take “decisive action… to tackle these urgent threats.”

“The impacts of climate change are increasingly hard to ignore,” the statement said, according to AFP, which obtained a copy to it. “We require deep transformations of our economies and societies.”

“We need to act urgently, and with audacity,” Espinosa said. “Be ambitious, but also responsible for the future generations.”

“A failure to act now risks pushing us beyond a point of no return with catastrophic consequences for life as we know it,” Amjad Abdulla, chief negotiator for the Alliance of Small Island States, said in the AFP report.

AFP’s reporting reflects its acceptance of manmade climate change as a fact and the dangers imminent to the planet and its survival, stating in its report that the conference comes “at a crucial juncture” in the “battle to rein in the effects of our heating planet.”

AFP also reported “smaller, poorer” countries will suffer the most from climate change and wealthier nations should “make good on their promises” made three years ago when they signed onto the Paris climate change agreement.

The news outlet also stated that wildfires, heatwaves, and hurricanes are connected to climate change.

The goal of the conference is to come up with a “rulebook” to enforce the Paris agreement, even as some recent reports claim that the agreement does not go far enough, according to AFP.

“Just last week, the UN’s environment programme said the voluntary national contributions agreed in Paris would have to triple if the world was to cap global warming below 2C,” AFP reported. “For 1.5C, they must increase fivefold.”

“While the data are clear, a global political consensus over how to tackle climate change remains elusive,” AFP reported.

But President Donald Trump decided in June to withdraw the United States from the agreement and reiterated his opposition to it because of the fiscal and other harm it would cause the United States at the recent G20 summit in Argentina.

“Katowice (Poland) may show us if there will be any domino effect,” from the U.S. withdrawal, Laurence Tubiana, CEO of the European Climate Foundation and an architect of the Paris agreement, said in the AFP report.

According to its website: “COP24 is the informal name for the 24th Conference of the Parties to the United Nations Framework Convention on Climate Change (UNFCCC).”

CNN reported on nature broadcaster Sir David Attenborough, who said at the event “the collapse of our civilizations is on the horizon.”