What is causing the death of the polar bear as a climate change icon? Fat bears are part of it, but mostly it’s the fact that polar bear numbers haven’t declined as predicted.

Not only have we been seeing pictures of fat bears rather than starving bears in recent years but there are lots of them, in Western Hudson Bay and other seasonal sea ice regions where there should be none (if the models had been correct). No wonder polar bears are falling out of favour as an icon for catastrophic human-caused global warming.

[Here’s another picture of a fat bear, this one from Svalbard] 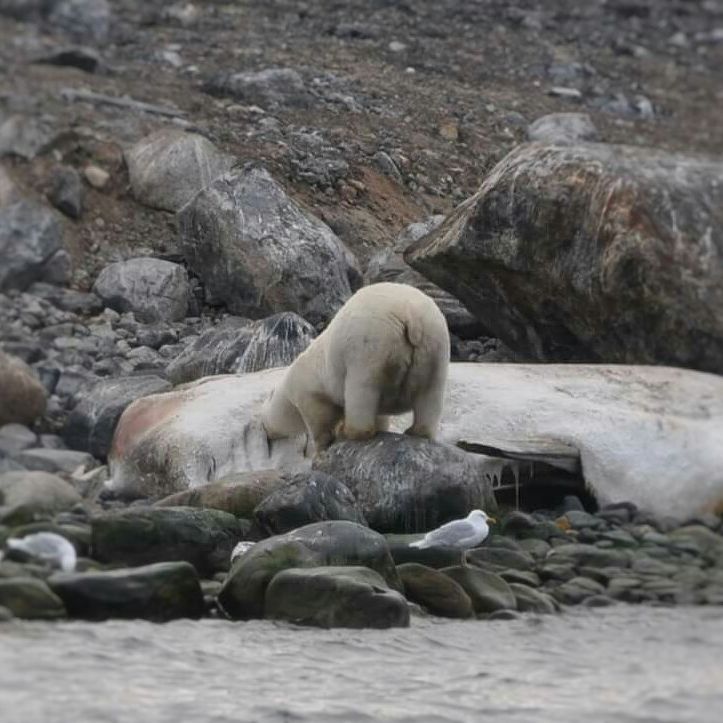 Excuses for why the public is no longer worried about the future of polar bears include a recent claim by climate scientist Michael Mann that “by making polar bears and penguins the poster child for climate change, we have wrongly conveyed that this is some exotic problem far off.”

But none of these apologists acknowledge the simple truth: the models that  predicted catastrophe for polar bears due to diminished summer sea ice turned out to be wrong. The sea ice declined but polar bears flourished. Polar bears in seasonal sea ice eco-regions like Western Hudson Bay and Baffin Bay didn’t die off due to climate change as people were told would happen — why should they believe any of the other scare stories?