By Paul Homewood – Not a lot of people know that

Following all of the ridiculous hype about a couple of mild days, the newly published CET data for February puts it all into perspective:

What about the whole globe, surely there must be warming, at least temperature should be higher than the late 80’s, after all, most of human produced CO2 came after the 80’s – No warming, you say?? 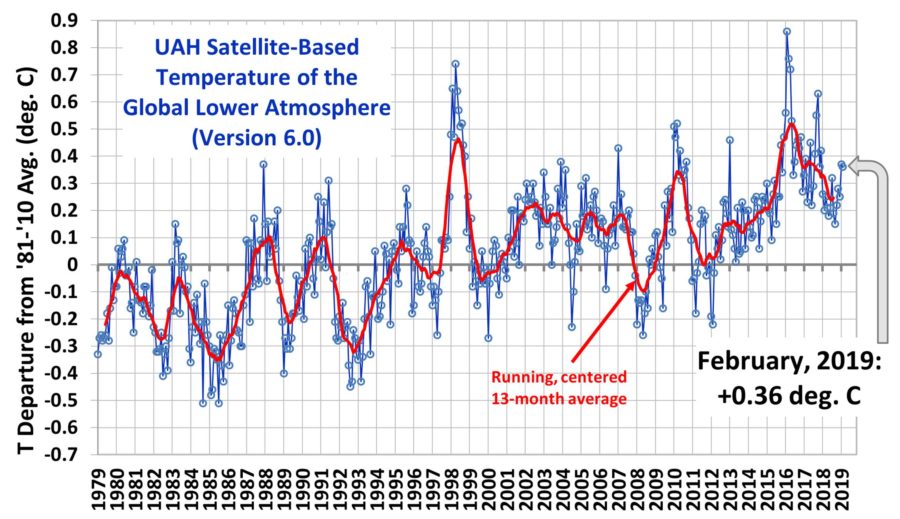 Based on these, empirically observed temperature trends, CO2 has no effect on temperature. Alternative, the effect is too small to measure. That means, the argument for sending Trillions of big $$$ to special interest groups and friends of corrupt politicians doesn’t exist.