Democrats are vowing to make Russian collusion hysteria an issue through the November 2018 midterm elections.

“Democrats should absolutely continue to press on Russia in Congress and in the national press,” said Josh Schwerin, spokesman for Priorities USA, speaking to McClatchy’s D.C. news service.

And Rep. Brad Sherman (D-Calif.) said he would introduce articles of impeachment, to be filed in the House.

It has more senior Democrats concerned. At a caucus meeting on Tuesday, House Democrats reportedly told impeachment-eager Democrats that they were risking the rest of the caucus in their zeal to get President Donald Trump at all costs.

The Russian narrative — as far as Trump is concerned — was largely seen as having fallen apart after fired FBI Director James Comey’s testimony last week to the Senate Intelligence Committee. Comey told the committee that Trump was not under investigation for any collusion.

Comey even went a bit further than that, dismissing a Feb. 14 story in The New York Times that suggested Trump associates met with Russian intelligence officials in the lead-up to the Nov. 8 election.

The Comey remarks on the Times story seemed to bury the narrative — the conspiracy theory — that there was collusion between “Trump associates” and Russian hackers.

But the narrative and many Democrats just can’t quit each other, despite the obvious pitfalls and potential for ugly backfire.Here are the top five reasons staying obsessed with Russia through 2018 could get ugly for Democrats.

This potential downside would have been lower on any list, until Wednesday morning.

But Democrats have been saying since the 2016 election that Trump was a stooge to Russia, helping the regime of Vladimir Putin undermine American democracy. Alleging the president was too close with Russia and worked with the Kremlin to win the White House has become a key narrative employed to undermine the president.

But you cannot keep saying the president and his associates conspired with Russians without riling up the wackos and provoking a nasty and violent fringe element.

That’s just what many Democrats and liberal commentators did when a gunman took shots at Republican members of Congress practicing their game at an Alexandria baseball park Wednesday. Rep. Steve Scalise (R-La.) remained in critical condition as of Wednesday night.

Forgetting the Actual Hacking
Democrats are also making clear they don’t care about the main problem caused by Russian hacking into Democratic campaigns: That foreign governments routinely hack into our political and governmental systems.

In 2015, the Chinese reportedly hacked into the Office of Personnel Management and made off with a massive volume of vital data, such as information on those with top secret clearances.

The issue of foreign hacking is serious business and deserves serious attention. It won’t be getting it from Democrats anytime soon.

Political Damage
If the Democrats keep insisting there is some sort of political element within the United States to Russian hacking, they risk repeating their mistake of 2016 — losing focus of the jobs issue.

Americans care about the economy, their wages and other important issues like their health care. An intense focus on issues of D.C. intrigue could lose Democrats ground in the high-stakes midterm elections in 2018.

One Democratic consultant told LifeZette it’s a gamble worth taking because Democrats have lost most elections, even on their key issues, since 2010.

A Leftward Tilt
Democrats also risk moving their party to the left for years to come, also music to Republicans’ ears.

Right now, the main people pushing the Russian narrative are far left-wingers such as Sherman, Rep. Maxine Waters and Rep. Ted Lieu — all from California.

The angry voices get the Democrats plenty of attention. But the move also risks one thing more: alienating voters outside of California and the Northeast, the only areas where Democrats seem to thrive despite talking the most Russia and about their various left-wing wish lists — including universal health care and clamping down on energy production.

A Failure to Impeach
The real ultimate objective for many Democrats pushing the Russian collusion issue is to get Trump removed from office.

But impeachment and removal is unlikely, even if Democrats win the House and Senate in 2018.

Thus, Democrats face disappointing their base, and making Trump a political martyr.

Waiting on such a backfire — especially as the economy booms — worked for former Democratic President Bill Clinton, whom the House Republicans actually impeached in late 1998 for obstruction of justice and perjury.

The Senate declined to remove Clinton in February 1999, and Republicans lost their Senate majority in 2001 — and only won the White House by a few hundred votes in Florida. 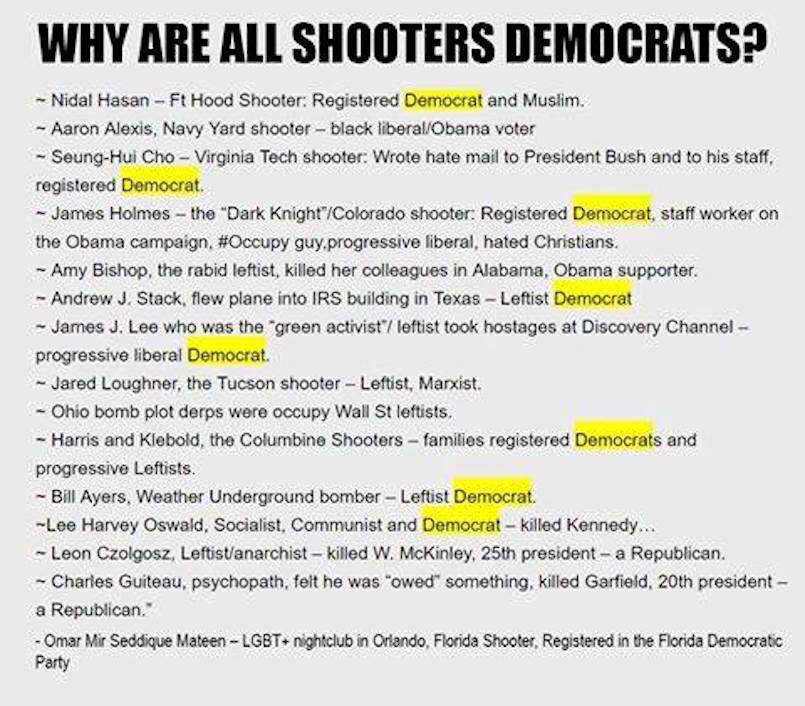