India’s cabinet approved on Wednesday a policy to allow companies to explore and exploit unconventional oil and gas resources such as shale oil and gas and coalbed methane under the existing production sharing contracts, as it aims to reduce its dependency on energy imports. 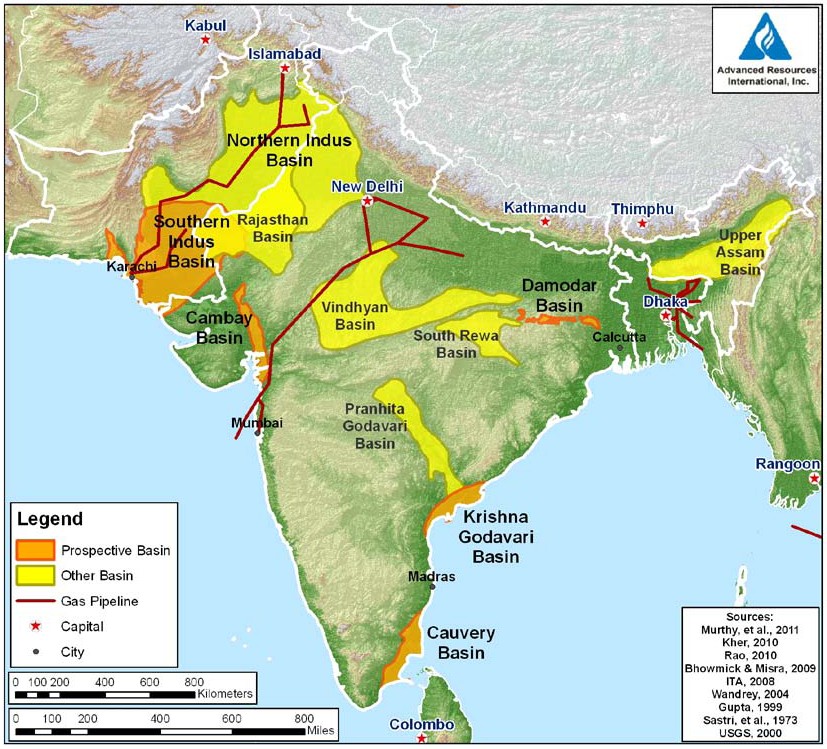 The uniform oil and gas exploration policy will encourage the current contractors in the licensed and/or leased areas to unlock the potential of unconventional hydrocarbons in the existing acreages, the government said in a statement today.

The policy is expected to bring in new investment in exploration and production (E&P) and raise the chances for new oil and gas discoveries that could potentially increase India’s domestic production.

Unconventional oil and gas exploration under existing production sharing contracts (PSCs) “will provide a major boost towards ensuring energy security for India,” India’s Petroleum Minister Dharmendra Pradhan said on Twitter. The new policy is a complete shift from the ‘one hydrocarbon resource type’ to ‘uniform licensing policy’ for simultaneous exploration and exploitation of oil and gas in an area of 72,027 square kilometers (27,810 square miles) under PSCs.

The policy envisages utilizing “E&P facilities to full potential by unlocking exploration & exploitation of unconventional hydrocarbon reserves like shale gas & CBM which could not be explored earlier due to policy restrictions. New discoveries will also boost domestic production,” the minister said.

India, which imports around 80 percent of the oil it consumes, is one of the world’s biggest oil importers, and its oil demand continues to grow.

Earlier this year, when oil prices hit $80 a barrel in May, India’s Pradhan reiterated the need for “stable and moderate” prices in a phone conversation with Khalid al-Falih, the Energy Minister of OPEC’s largest producer and de facto leader Saudi Arabia.

India and China discussed in June creating an ‘oil buyers’ club’ to be able to negotiate better prices with oil exporting countries to reduce OPEC’s sway, both over the global oil market and over prices.