I have reported a few times on the ECJ judgement against the UK’s Capacity Market mechanism. The UK has actually done nothing, and the judgement is actually against the EU Commission, who the ECJ say did not follow proper procedures when approving the mechanism in 2014.

The original case was brought by a tiny energy company, Tempus Energy, who have subsequently instigated legal action here as well, to put a stop to all CM payments.

I asked the question at the time of the ECJ judgement how a tiny company could afford to bring what was clearly an extremely expensive case.

Jillian Ambrose, to her credit, has some of the answers: 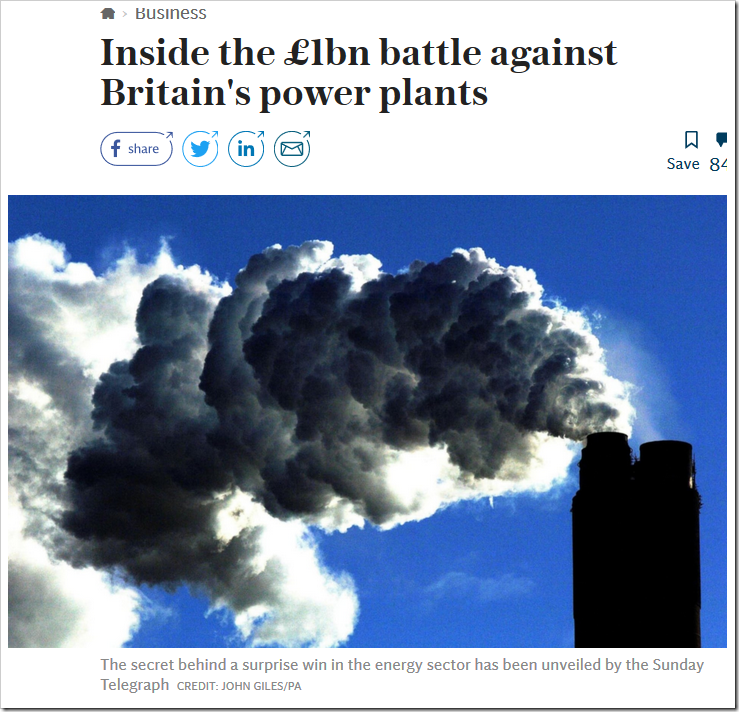 The energy industry transition has long served as a battlefield between power and money. But in a multi-billion-pound coup, one energy start-up has emerged as David in the fight against the industry’s incumbent power-generating Goliaths.

The triumph of Tempus Energy, a 10-strong technology upstart, in a European Court battle against power plant subsidies has rocked the industry to its core. A shock court ruling in November has forced the scheme, which aims to stem the closure of power plants by awarding supply contracts worth £1bn a year, into a legal limbo that could take years to resolve.

The move strikes a blow to the heart of the energy system by posing an existential threat to plant operators and a “real and present danger” to the UK’s energy security, according to industry lobbyists Energy UK.

The back-up capacity sector has been brought to a standstill, wiping hundreds of millions of pounds from the market value of Britain’s biggest players at a stroke.

The industry has largely looked on in quiet bafflement; how can a struggling start-up wield this kind of power over a cornerstone policy?

“The scheme wasn’t perfect,” says the source. It was envisaged as a stopgap to keep the lights on while investment in clean power rolls out, but attracted fierce criticism from campaigners who have branded the scheme a free handout for fossil fuels. “But pulling the rug out from under the energy system has not won Tempus many friends within the industry. We have to assume they are being helped by those with a political agenda,” the source said.

The Sunday Telegraph can reveal that this plucky underdog is backed by a cast of secretive shareholders and anonymous donors guarded by confidentiality agreements. Under EU rules, pressure groups and campaigners cannot challenge state-aid laws but there is nothing to stop companies from doing so while using their funds.

Greenpeace can be revealed as one of those helping to fund the case against the UK Government in the High Court. John Sauven, the group’s executive director, says it has helped fund the campaign because it tackles “an extremely important issue”.

The start-up, led by its founder Sara Bell, argues that by propping up old power plants governments are making it harder for new technologies to find a foothold in the market. After years creating the back-office systems used by the City’s largest banks, Bell set out in 2012 to create an artificial intelligence system that can help companies use less energy. In the UK, Tempus has struggled to market its software, which helps companies to make money by turning down their energy use at times of high demand. It blames government policy for favouring power plant payments to turn their generation up, over paying consumers to turn their demand down. Both options should be allowed to compete in the scheme’s auctions on a level playing field, she says.

“It is outrageous that electricity customers were being forced to stump up their hard-earned cash for a scheme that largely excludes them, while increasing dangerous pollution and shortening our lives,” she says.

When ministers assured investors that it would keep the scheme afloat, Tempus turned to the UK High Court to seek enforcement action, now with the heft of international human rights law firm Leigh Day behind it. The practice, founded by former Greenpeace chairman Martyn Day, will represent Tempus for a fixed fee.

Bell is cagey about who else is helping to bankroll its pan-European legal campaign, now akin to a crusade. It has grown in numbers in recent years, galvanised by growing concerns over the impact of climate change.

Tempus is required by law to publish a public register of its shareholders on Companies House. Unusually though, many of its 280 investors are listed by their surname only. John Coomber, the former chief executive of insurance giant Swiss Re, is understood to be an investor but is listed only as “Coomber”, for example. 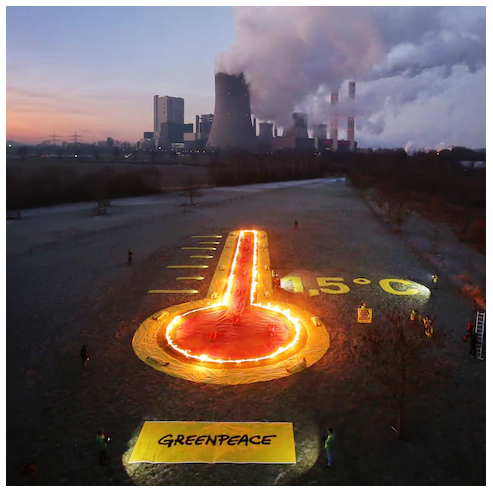 Bell says she respects the privacy of her shareholders – otherwise future investment is at risk, she adds – but insists that the company’s records are still compliant with the law.

“No shareholder is specifically funding any legal action,” she says. “Our legal action was disclosed to shareholders before our investment rounds and shareholders were fully on board with the need to take aggressive action to open up the market.”

She says the level of resources devoted to the legal case “are relatively trivial”, while the substantial costs were funded directly by “numerous individuals and organisations focused on climate action”.

Unusually for climate campaigners, they have also requested anonymity, according to Bell.

“These supporters are not Tempus shareholders and they wish, and have the right, to remain anonymous. We signed a confidentiality agreement with them and I would be in breach of that agreement if I disclosed their names,” she says.

Am I the only one to find this very worrying?

As the article says, it is rare that eco-warriors request anonymity. It is bad enough that Greenpeace should be funding action to undermine the UK’s energy security, in league with a self confessed climate fanatic, Sara Bell.

But who else is supplying what must be large funds to assist?

Financiers who stand to make a quick buck? The Russians? A bunch of green loonies?

What is abundantly clear is that the country’s energy security should not be subject to the vagaries of the EU.

In the meantime, short of sticking two fingers up at the courts, what can the UK Government do about it?

I would suggest a couple of things:

1) Immediately suspend all payments of subsidies to new renewable schemes. After all, why waste more money on the very things which make the Capacity Market necessary.

2) Impose a surcharge on all intermittent energy producers. The funds raised should be used to pay for reliable capacity via the National Grid’s Supplementary Balancing Reserve. Although this was designed to be a short term solution, it will hopefully ensure sufficient capacity in the short term.

In the longer term, UK law needs to reassert superiority in matters of vital national interest.