By Christopher Monckton of Brenchley – Via WUWT

Hello, children! Are you all sitting comfortably? Then I’ll begin.

Greta, dear, do wipe that nasty, frowning sneer off your face. If the wind blows on it, you’ll look like that for the rest of your life, and that wouldn’t be very nice, now, would it? 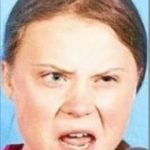 But, you see, children, you can’t always believe what grown-ups say. Part of growing up is learning to work out when you are being told the truth and when you are not.

So today, children, I’m going to have to tell you that quite a lot of what dear old Ms Snorkel, your science teacher, has been telling you about global warming turns out not to be true. Not true at all. Dear me, no.

Miss Snorkel has told you the experts say the weather is going to get a whole lot warmer. So I’ve drawn a nice picture for you, so that you can see whether they’re right.

Deary me, it really doesn’t look as though the experts Mrs Snorkel trusts were right about how much warmer the weather was going to be. My oh my, they seem to have overshot quite a bit, don’t they?

The very first question you should ask when grown-ups like Ms Snorkel tell you the world is going to get hotter is this. In the nicest and perfectest of all possible worlds, what would be the ideal temperature for all the cuddly creatures and pretty trees and flowers?

Has Ms Snorkel told you what that magic, ideal temperature would be? No, I didn’t think so. But look at it this way. If she hasn’t told you that, how can she know that warmer worldwide weather would be a bad thing?

Yes, Greta, dear? What about the cuddly polar bears? Won’t all that melting ice mean they have nowhere to live? Here’s another picture for you. 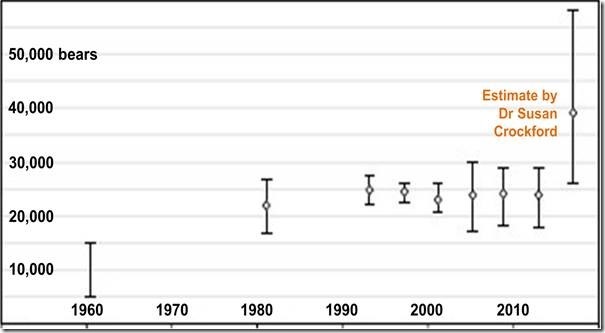 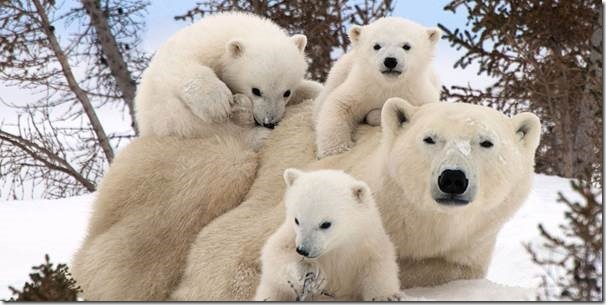 By now, kiddiwinks, you’ll be wondering why all those experts got it so wrong. Well, here’s the thing. They made some big mistakes. Yes, Greta, I’m saying they screwed up, but we don’t use language like that in class.

There’s that face again, Greta. Just relax. Yes, of course, I’ll tell you what they got wrong.

How do I know? Well, here’s another picture. What it shows is that if there were 4 K global warming, which the experts now predict, the feedbacks would have to make 350 times as much more warming for each degree of greenhouse-gas warming than they did for each degree of the emission temperature that would keep the Earth warm even if there were no greenhouse gases and no feedback loops. And they can’t do that. It’s impossible.

Here’s a picture to show you how silly the experts are. 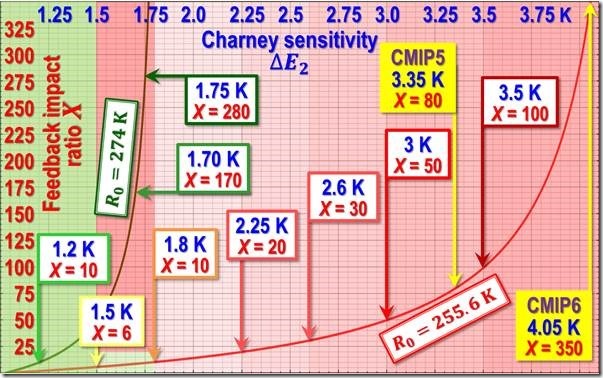 Why are there two curves on the graph? That’s an excellent question, Nancy. The reason is that no one quite knows how big the emission temperature would be without any greenhouse gases or feedbacks.

But the trouble with the official figure of about 255 K is that the experts calculate it by imagining that the Earth is flat. Then they divide the sunshine by a kludge-factor of 4 in a clumsy attempt to adjust their sums for the fact that the Earth is round. Not very clever, are they, acting as though the Earth was flat?

But that’s not the only mistake they make when they try to calculate emission temperature. They calculate it by imagining there would be clouds in the air, just as there are today, reflecting almost a third of that lovely sunshine harmlessly straight back into space.

No, Greta, I’m not an expert. But Professor Richard Lindzen is. He’s the very expertest of all the experts. And here’s what he says about it:

“In considering an atmosphere without greenhouse substances (in order to get 255 K), clouds are retained for their visible reflectivity while ignored for their infrared properties. More logically, one might assume that the elimination of water would also lead to the absence of clouds, leading to a temperature of about 274 K rather than 255 K.”

And that’s not all that the experts got wrong. You see, children, you can’t just spend, spend, spend without working out whether what you spend is going to make any difference. So the experts did their sums and worked out that the only way it would be worthwhile to spend any money on making global warming go away was to pretend there was a 1 in 10 chance the world would come to an end by 2100 because of global warming.

Yes, Greta, that’s what they pretended. You can look up Dietz et al. 2007 after class. That’s where they admitted they had pretended that global warming might end the world by 2100.

Well, that’s all we have time for today, children. But don’t worry, Greta: your future will be a rosy one. The world will be a little warmer, but that’s a very good thing, not a very bad thing. Now, stop worrying about the weather, go out and play, and enjoy the sunshine!

Christopher Monckton of Brenchley might be right, however, because of convection we’ll never know.

But what we do know is, there’s no such things as “greenhouses gases” – closest we get is “water vapor” which has never been called a “greenhouse gas” before the current generation of Criminal, “Green”, Rent & Grant Seeking Activists, but has always been called “Latent Heat” – and the best “Latent Heat” can do, the very best, – is to delay cooling.

Back to the sick, abused and weak “Greta’s” of the world

Greta Thunberg: The Progressive Use and Abuse of Teen Climate Activist-Actor

Greta Thunsberg’s dramatic performance before the United Nations and the U.S. Congress raises disturbing questions about the Progressive use and abuse of children for political purposes. What possessed FoxNews to apologize for, and then ban, guest Michael Knowles of TheDailyWire.com, after he accurately mentioned that the teen Thunberg suffers mental illness. Et tu, FoxNews? 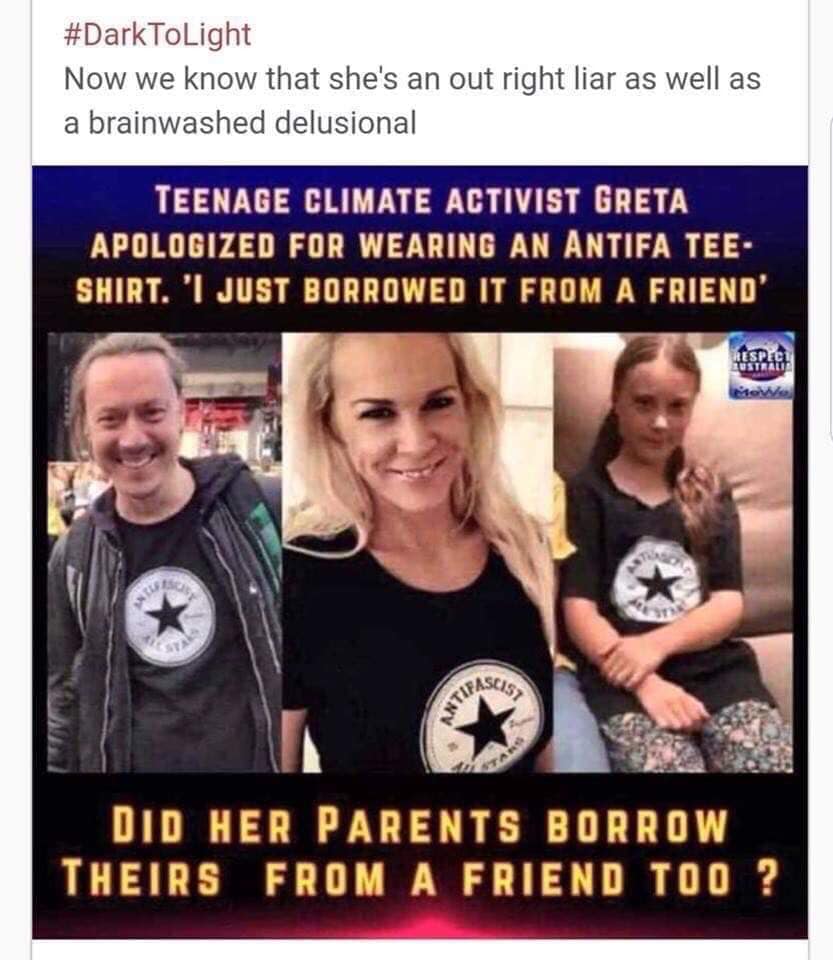 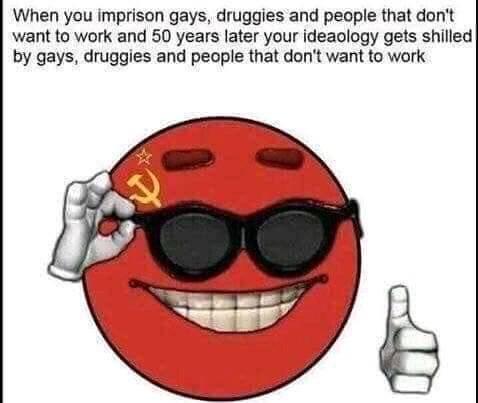