On top of this webpage you can read: Did you know, the (Man Made) Global Warming BS wouldn’t be possible without corruption?

The Lords sleaze watchdog has launched a formal investigation into claims that John Selwyn Gummer failed to declaremore than £600,000 of payments made to his private company by ‘green’ businesses that stand to profit from his advice to Ministers.

Just hours later, she announced her inquiry into allegations he may have breached code of conduct rules.

The CCC has backed taxpayer-funded subsidies for ‘renewable’ energy projects, and last week we disclosed how Gummer’s family consultancy firm Sancroft International had been paid by businesses working in the same field.

It is understood that a dossier submitted to the Commissioner by the MPs – Labour’s Graham Stringer and Tories David Davies, Nadine Dorries, Craig Mackinlay and Andrea Jenkyns – included details of our investigation as well as claims that he failed to properly declare his financial interests when speaking in a number of debates in the Lords.

Gummer, who became Lord Deben in 2010 after a 35-year Commons career, last night said that he ‘welcomes the fact that an independent person will be looking into these allegations’.

He has previously denied any conflict of interest or failure to comply with disclosure rules.

The CCC declined to say whether the 79-year-old would be suspended while the inquiry is conducted.

The Lords investigation announced on Friday was sparked by our revelations last weekend that Sancroft had been paid by at least nine businesses and campaign groups involved in projects to cut greenhouse gases. 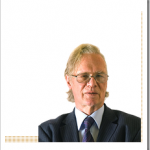 Booker’s column in the Telegraph today follows up David Rose’s revelations about Gummer’s undeclared income from his renewable cronies:

Last Sunday it was revealed that a small family company run by the chairman of the Climate Change Committee, Lord Deben (John Selwyn Gummer), had received payments of more than £600,000, mainly from firms involved in renewable energy and electric cars.

To grasp the full significance of this story we must appreciate just how astonishingly influential is the Climate Change Committee (CCC) in driving Britain’s energy policy. It was set up under the  Climate Change Act to advise the Government on how to meet its target of reducing Britain’s CO2 emissions by 80 per cent.

Although the CCC likes to be called “independent” and its website boasts that its members are obliged to “act impartially and objectively”, and must “avoid conflicts of interest”, their record shows why they are all united in pressing the Government to go ever faster and further by every conceivable means, from promoting electric cars and “biomass” to offshore windfarms.

One CCC member is a director of an offshore energy firm. Another works for Drax, which receives annual subsidies of £700 million for converting its power station from coal to biomass. Deben himself, on becoming chairman of the committee in 2012, had to resign as chairman of the company building the world’s largest offshore windfarm.

Yet, of all the payments reportedly made to the Gummer family’s funds, the largest came from a firm heavily involved in electric cars, while others came from firms involved in biofuels and biomass (including Drax), as well as investors in offshore wind.

Deben insists that these payments were for work that didn’t involve climate change issues. According to his lawyer ‘allegations of conflict of interest and other improprieties are wholly false and misconceived”; and he “has, at all times, made disclosures in accordance with the advice he has been given by the House of Lords and the CCC.’

Make of this what you will. But now all this has been brought to light I know I am far from being alone in suspecting that we have not yet heard the end of this astonishing tale.