Scientists explain the peculiar interplay that exists between sea-ice decline, wave height, and ice cloud formation over the Arctic

RESEARCH ORGANIZATION OF INFORMATION AND SYSTEMS 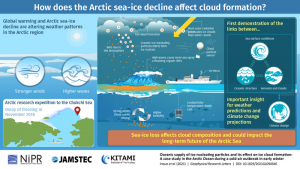 Some of the most well-known and feared aspects of climate change are its potential effects on weather patterns and how this could accelerate the melting of natural ice. Research has already proved that the area of sea-ice in the Arctic is rapidly declining due to global warming, and that temperature and moisture content across the Arctic have changed substantially. Unfortunately, understanding exactly how these changes affect cloud formation in the region is very challenging, and cloud composition and phase are important aspects to consider in predictive numerical models.

In a recent study published in Geophysical Research Letters, a team of scientists led by Dr.  Jun Inoue of the National Institute of Polar Research, Japan, sought to answer a peculiar question: can higher waves in the Arctic Sea promote the development of ice-containing clouds? This question may seem strange at first, because most people would not have fathomed that a link could exist between those two natural phenomena. However, as the findings of this study indicate, it’s likely that there is one.

The field data used in the study was gathered in November 2018 during an expedition to the Chukchi Sea in the Arctic region aboard RV Mirai, a Japanese research vessel. Previous studies in the area had revealed that the sea-ice decline in the Arctic led to more frequent active weather systems, stronger winds, and taller waves. The research team suspected that these factors could affect cloud formation and composition because crashing waves and strong winds can cause organic particles on the sea surface to become dispersed through the atmosphere in the form of sea spray. Once these suspended organic particles reach an altitude high enough, they act as “seeds” that facilitate the formation of ice crystals, earning them the name of “ice-nucleating particles” (INPs). These ice crystals keep growing by freezing the surrounding water droplets, thereby forming what’s known as ice clouds.

The paper claims to be “Peer-reviewed” – More like PAL-reviewed ..!

In the article the “scientists” has constructed a silly explanation for something that real scientists has been able to explain for decades, which does not contain typical low IQ leftists magic, Big Foot or (Man Made) Global Warming. It’s still called Polar Vortex, or just Jet Stream, and it is still controlled by the sun. 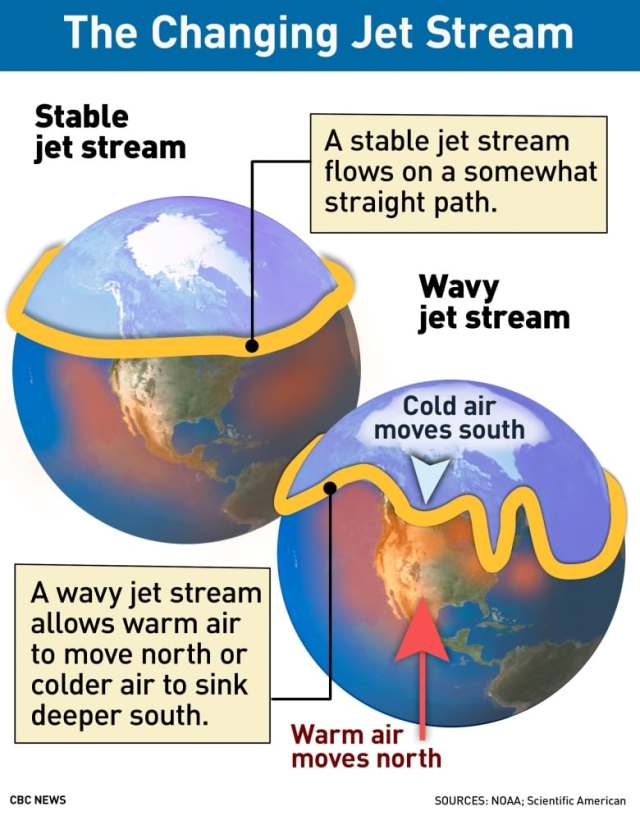 When warm air moves north it can create strong storms where warm and cold fronts meet, which breaks up the ice. Warm air also hold more moisture which eventually will ascend in the colder surroundings, creating both droplets and ice clouds (depending on temperature).

Sea spray can of course also be transported up in the Troposphere, but you would not have any updrift without warm air – that again, contain more mosture. And when did you last walk in rain of salt water (clearly not a global issue)??

The whole theory is just silly and must be regarded as another dishonest argument by the rent-seekers for the next climate FRUAD summit (Glasgow, 31 October – 12 November 2021) for more Green taxes, more Green regulations and more money to the rent seekers wanting to do more research in a field of settled science and 97,1% consensus. 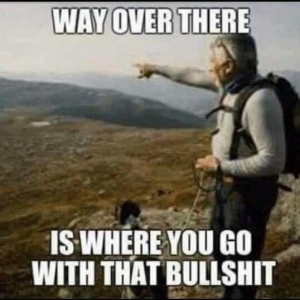