Wildfires in California are getting worse each year. The Mendocino Complex is now the largest blaze in state history.

US forests are loaded with dead lumber thanks to radical policies by far left environmentalists.

During an interview with Breitbart News this week Trump Interior Secretary Ryan Zinke said the “environmental terrorist groups” were behind the record-setting fires. 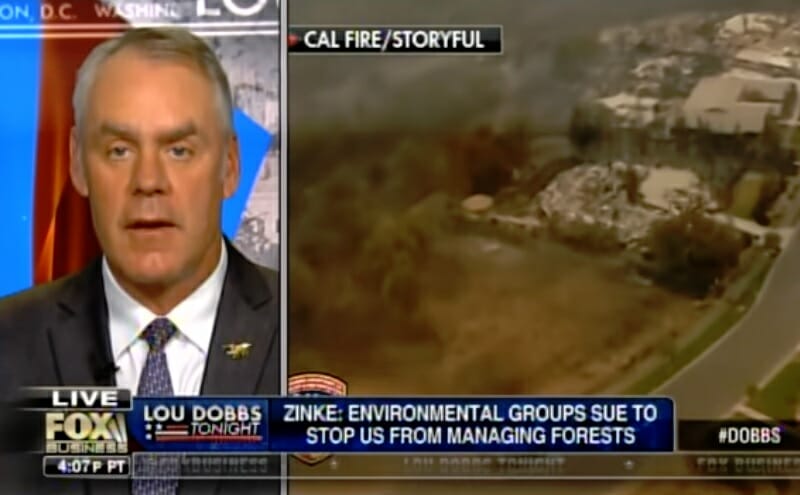 On Friday Zinke continued his attacks on the radical environmentalists.

Secretary Zinke told Lou Dobbs, “You look at these radical environmental groups. They would rather see the entire forest burn down than harvest a single tree. This country imports timber. There’s billions of board feed and timber lying on the forest floor rotting. When you look at the housing prices, a leading indicator of the housing prices are timber and material.

Climate patterns are shifting across the globe with areas becoming wetter and others moving to drought. The NE USA is a region that got 5x more rainfall than usual in July 2018. Arctic temperatures are still well below normal with huge sea ice concentrations remaining and the California wildfires are now squarely on forestry mismanagement according to the US federal government.