Many people are concerned about the potential impacts of rising levels of atmospheric CO2. For years they have been bombarded with claims that unless its concentration is slowed or even reduced, dangerous global warming will ensue, producing all sorts of undesirable consequences with little to no positive effects. Watch this video to lean why this scenario is unlikely to occur and why CO2 is not the all-important driver of temperature that climate alarmists make it out to be.

Oh no!! The low IQ socialists are running out of other people’s money – AGAIN!!!

If there really was a “climate crisis” – who in their right mind would put these self serving, incompetent and greedy fools in charge of solving the problem?

THE UN IS RUNNING OUT OF CASH 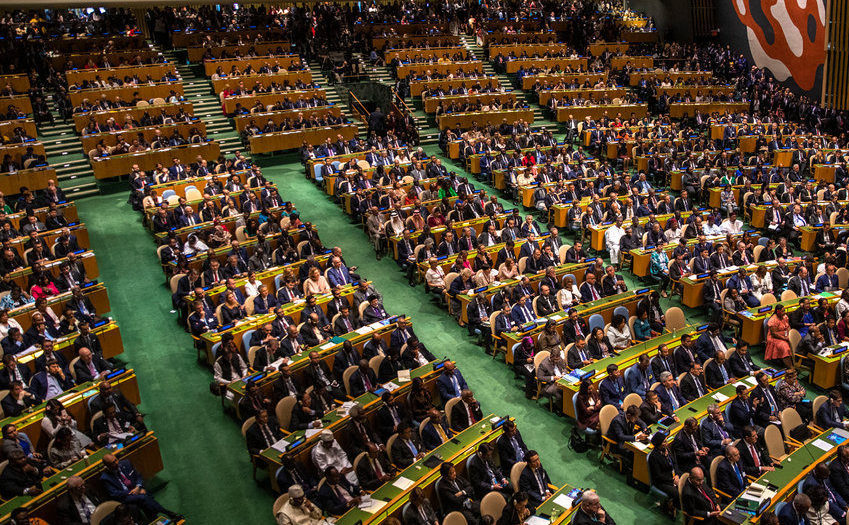 Could this be the reason for the urgency over climate change and the proposed Global Carbon Tax?

The United Nations is facing a “severe shortage of cash” and may not be able to continue carrying out its work – because some member states aren’t paying their bills.

UN chief António Guterres warned the organisation was facing the worst cash crisis in nearly a decade and runs the risk of not being able to pay staff and suppliers.

Of the permanent members of the UN security council, only the USA has failed to pay.

US President Donald Trump has often complained about the amount the US contributes towards the UN budget, with the country recently paying around 22% of the operating budget, and 28% of the peacekeeping budget.

A UN spokesperson said 129 of the 193 states have now paid their annual fees, but the rest need to pay “urgently and in full”.

“This is the only way to avoid a default that could risk disrupting operations globally.”

Don’t give them another cent until they stop the fraudulent (Man Made) Global Warming SCAM!!

Nov. 26. Winter storm alerts stretch across much of the US