Following Russian attacks on the Ukrainian capital Kyiv using Iranian drones, Ukraine has once again asked Israel for military help. Israel, however, is seeking to maintain relations with both Ukraine and Russia.

Ukraine’s foreign minister, Dimytro Kuleba, declared he would formally approach Israel for air defense supplies shortly after it was claimed that Russia utilized Shahed-136 drones supplied by Iran to strike Kyiv. This would not be the first time Israel had been asked to provide military assistance to Ukraine.

Israel has so far formally abstained from arming Ukraine in favor of providing humanitarian aid and other supplies like helmets and safety gear. Iran has denied giving Russia drones, also known as unmanned aerial vehicles (UAVs). 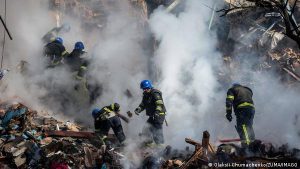 But the most recent development, which now involves Israel’s fiercest foe Iran, has once more brought Israel’s predicament in light of Russia’s invasion of Ukraine to light. Additionally, it has created a fresh discussion about whether Israel should keep up its balancing act.

Israel has refrained from offering direct military support in an effort to preserve its relationship with Moscow, despite periodically criticizing the Russian incursion strongly and supporting Ukraine more and more. 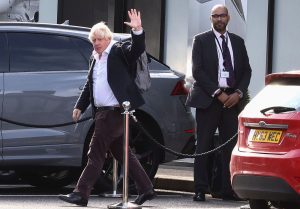 Israel offered on Wednesday to help Ukrainians develop air attack alerts for civilians, signalling a softening of a policy of non-military intervention in the war after Kyiv appealed for ways to counteract Iranian-made drones being used by Russia.

Israel’s Prime Minister Yair Lapid spoke by phone with Ukraine’s Foreign Minister Kuleba on Thursday night, saying he was informed of the conflict and reiterating that Israel “stands with the Ukrainian people,” although he omitted to mention Ukraine’s formal request for air defense systems. 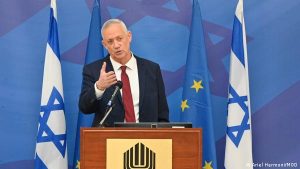 Israel has a policy of helping Ukraine through humanitarian aid and the transfer of life-saving defensive equipment, according to Israel’s Defense Minister Benny Gantz, who briefed ambassadors of the European Union on the matter on Wednesday.

Israel will “help in establishing a life-saving early-warning system,” Gantz said, but would “not supply weapon equipment to Ukraine owing to a variety of tactical concerns. We will continue to support Ukraine within our limitations, as we have done in the past.” 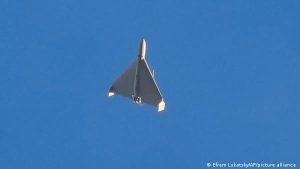 Analysts are also debating Israel’s current foreign policy. Israeli journalist Nadav Eyal stated in the daily Yedioth Ahronoth on Tuesday that Israel had “continued to operate in a way that has resulted in it getting the short end of the stick in both ways.” “The Russians are employing Iranian support and are also helping the Iranians — and are operating against Israel in multiple different theaters. The Ukrainians are upset with it for failing to help.” Israel has repeated its long-standing refusal to sell air defence weapons to Ukraine despite a fresh appeal from Kyiv after this week’s “kamikaze” drone strikes.

According to some analysts, Israel ought to be more worried about the development of ties between Russia and Iran as well as the use of Iranian drones in Ukraine.

“We should be with where our values are: The democratic countries in Europe and the US are against the Russian aggression in Ukraine,” says retired general Amos Yadlin, former head of Israeli Defence Intelligence.

Israel has assisted Ukraine with humanitarian needs while retaining cordial ties with Russia since Russia began its invasion of Ukraine in February. Although there has been discussion in Israel about the moral justification for providing aid to those in need and for accepting new immigrants who have fled both Russia and Ukraine, Israel is driven by its own political and diplomatic considerations, with the fate of the Jewish population in Russia appearing to be the main concern.

RELATED: Israel won’t stick out its neck for Ukraine. It’s because of Russia. 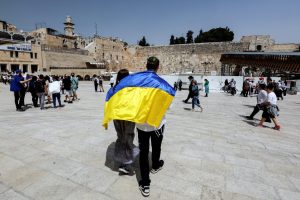 Russia seeks to regain its privileged global position. For years, it has been acting to erode the American primacy—and consequential unipolar world order—impeding its desired resurgence. Rather than being motivated by territorial expansionism or irredentism alone, Russia’s invasion of Ukraine is Moscow’s latest attempt to shake the international order and revive multipolarity—much like its incursions into Georgia in 2008, Ukraine in 2014, and Syria in 2015.

Following the dissolution of the Soviet Union in the 1990s, Israel experienced an influx of more than a million Russian Jews. More than 20,000 Russians have already traveled to Israel this year; many of them are young guys trying to avoid being drafted.

The constraints on Russian Jews have recently been even more apparent due to the prospect of a “court case” to shut down the Jewish Agency, a semi-governmental organization that aids Jews in immigrating to Israel.

Israel’s hesitation to provide Ukraine with weaponry is due to security concerns it has at home. Russia now controls a large portion of Syria’s airspace due to its intervention in the Syrian civil war on behalf of Bashar al-government. Assad’s

Israel frequently launches airstrikes on what it claims are Iranian targets and provides Iran’s proxied militant group in Lebanon, Hezbollah, with weapons. The Israeli military is given the crucial “freedom of action” to carry out such strikes thanks to close military coordination or a “deconfliction system” through which Israel notifies Russia of planned airstrikes. 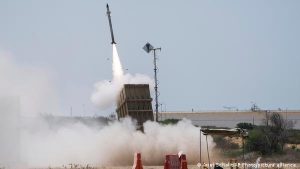 Officials in Ukraine have requested defense systems like the Iron Dome, David Sling, or Barak 3 defense system numerous times. Security experts, however, contend that considering the regional security challenges Israel confronts, it does not own enough Iron Domes to spare.

Amos Yadlin, a former executive director at Israel’s Institute for National Security Studies, adds that the Iron Dome is regarded as “highly private technology and you don’t want it to slip into the hands of the Iranians currently in Crimea and [in the hands of] the Russians” (INSS).

“The good news is the Iranian drones are easy targets, they fly in low altitude and slow speed, and you could really help Ukraine with less sophisticated air defense systems that Israel has already sold to other countries.” 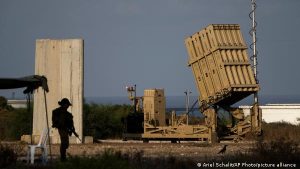 Israel’s reluctance stems from its own security considerations

For the time being, Israel appears committed to maintaining its careful course. Defense Minister Gantz stated on Wednesday, “We are studying Iran’s role in the battle in Ukraine. We observe that Iran sends UAVs, and in the near future, Iran may also give further advanced systems.”

Israel would “continue building and preserving its capabilities,” he said, adding that Iran is already active in “Iraq, Syria, Lebanon, Yemen and other locations.”