Image: The Globalists and their Chicken Little Strategy

By tapnewswire.com via Principia Scientific International 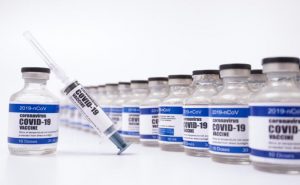 I saw and ignored a post by “someone who works for pfizer” saying there were 10 different varianst of the shots, each designed to do something different to the recipient. I blew the post off as B.S. However, if Japan found three different “contaminants” in the pfizer shot, and each event had thousands of vials involved, perhaps that post was accurate because that can’t happen in a factory if it was not intentional and no individual could ever hand contaminate that many vials.

That employee said one of the 10 possibilities was saline. That would mean Japan has discovered 4 out of 10 variants.

I totally called B.S. on this, and ignored it. But it has a good chance of being true now that Japan has discovered there are different versions of the shot (by what they have found in them) and the difference in all of this is that the Japanese were skeptical to begin with, did not have fully controlled lying scamming sh*t bag hospitals and pharmacies and THEN did not have a total con job media hiding stuff like this.

So now Japan is switching over to Ivermectin while the scamming con job American media is calling it “cow paste” and saying people are idiots for trying it AND OVERDOSING. But the reality is that ivermectin is like any other medicine and made for people too. You used to be able to pick it up anywhere.

But like hydroxychloroquine, which could also be purchased like aspirin before this scamdemic, Ivermectin is being pulled as fast as they can pull it off pharmacy shelves because “they” want their death shot into everyone. Multiple boosters yearly according to Fauci’s latest comedy rap.

HMMM, 10 variants of the vax, with one being saline. That leaves room for 19, delta, lambda, “the New York strain” zimbabwe, and 4 other variants, ALL OF THEM needing 2 shots each. By then, we’ll be down to that magical 500 million the Georgia guidestones recommend.

Only, it is not going well. So there will probably be the “world war 3” strain, the “patriot roundup” strain, the “woke staff sargeant strain” and the “Al Quaida” strain and don’t forget the “dark winter” strain and “supply disruption” strain which hurricane Ida will no doubt enhance. 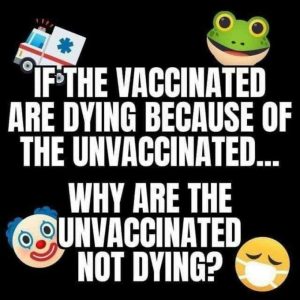