Wednesday on CNN’s “New Day,” Sen. Elizabeth Warren (D-MA) changed the subject to family separation when asked about 20-year-old Mollie Tibbetts, who was allegedly murdered by an illegal immigrant.

Warren said, “I’m so sorry for the family here, and I know this is hard not only for the family but for the people in her community, the people throughout Iowa, but one of the things we have to remember is we need an immigration system that is effective, that focuses on where real problems are.”

She continued, “Last month I went down to the border, and I saw where children had been taken away from their mothers. I met with those mothers who had been lied to, who didn’t know where their children were and there was no plan for how they would be reunified with their children. I think we need immigration laws that focus on people who pose a real threat. And I don’t think mamas and babies are the places we should be spending our resources. Separating a mama from a baby does not make this country safer.

Tom Cotton: Mollie Tibbetts ‘Would Be Alive’ If Immigration Laws were ‘Seriously’ Enforced 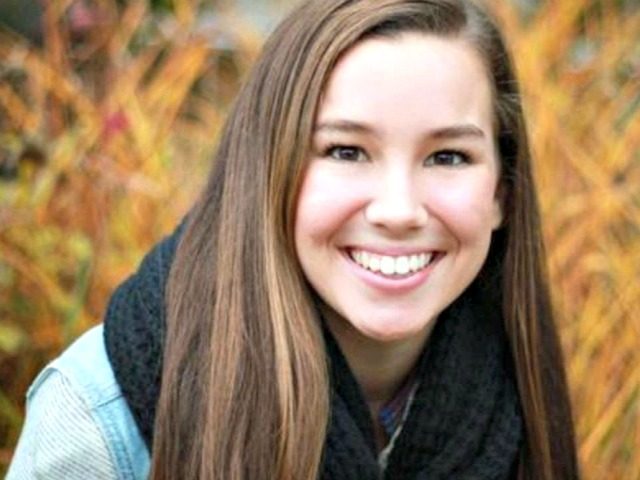 Law enforcement announced on Tuesday that Tibbetts’ body was found in a cornfield in her rural hometown of Brooklyn, Iowa after she was last seen jogging on July 18.

Illegal alien Christian Bahena-Rivera, a 24-year-old from Mexico, has been charged with first-degree murder in her death after police say he admitted to confronting and chasing down Tibbetts.

Cotton, a staunch opponent of illegal immigration, said he was praying for the Tibbetts’ family and blamed decades of lax enforcement of immigration laws for the death of the young woman.

“Prayers for Tibbetts family & all who knew & loved Mollie,” Cotton wrote online. “Lots of questions—where did this illegal alien work? what was his work status—but one thing is sure: Mollie would be alive if our government had taken immigration enforcement seriously years ago.”

Prayers for Tibbetts family & all who knew & loved Mollie. Lots of questions—where did this illegal alien work? what was his work status—but one thing is sure: Mollie would be alive if our government had taken immigration enforcement seriously years ago. https://t.co/JScrv7aD5P

The illegal alien, charged with first-degree murder, has been living in the U.S. for four to seven years.

“On Aug. 21, ICE lodged a detainer with the Poweshiek County Sheriff’s Office on Christian Bahena-Rivera, 24, an illegal alien from Mexico, after he was arrested on murder charges,” Immigration and Customs Enforcement (ICE) officials said in a statement to Breitbart News.

Police say Bahena-Rivera left Tibbetts’ body in a cornfield, placing corn stalks over her to hide her death.

Police have said they do not yet have a motive.

“For whatever reason, he chose to abduct her,” an Iowa official said.