Related: Why the Current Economic Slowdown Won’t Show Up in the Atmospheric CO2 Record

An interesting report from the US, which seems to back up what I’ve been saying over here: 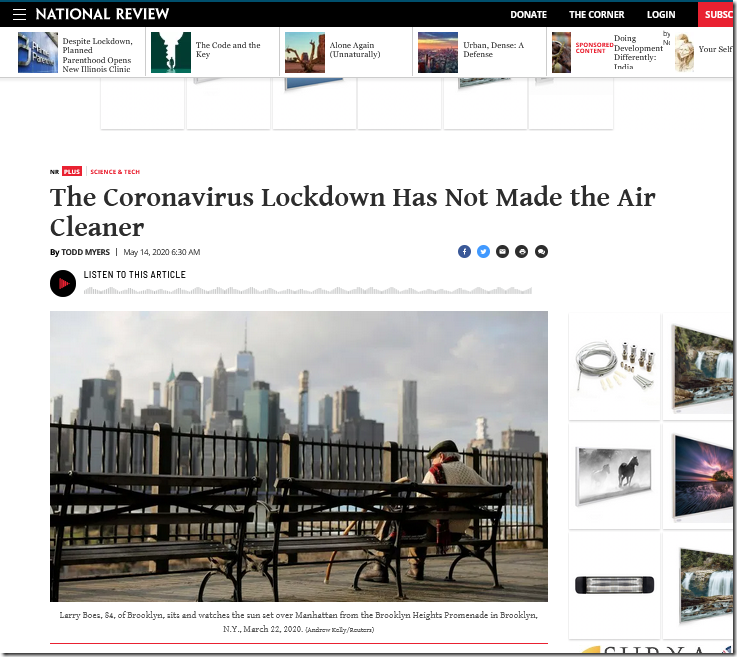 Just about every day, someone claims that the air is cleaner. That, we are told, is a small benefit of the coronavirus-induced economic lockdowns. By reducing traffic on our roads, we are polluting the air less, providing a visible example of the supposed benefits of imposing more environmental regulation.

In my hometown of Seattle, one environmental activist told the local paper that people can “physically see that difference in the cleaner air.” The air-quality data tell a different story.

According to the EPA’s air-quality monitors, levels of particulate matter — known as PM 2.5 — are not lower now and have, in fact, been higher recently than the median level of the last five years. Consisting of particles smaller than 2.5 microns, PM 2.5 includes natural sources such as smoke or sea salt, as well as human-caused pollution from combustion.

In Philadelphia, a city health commissioner said, “I would expect our air pollution levels will probably go down because the number of vehicles in the streets are less.” Recent particulate-matter levels, however, have been close to the five-year average.

In Dallas, the levels of PM 2.5 are higher than average. In Boston, they are slightly lower.

This counterintuitive result could be due to a number of influences, including weather. The key factor, however, is that in most places, human-caused pollution is small relative to natural sources. Even a significant reduction in the human contribution makes only a small difference.

So, why do so many activists claim the air is ‘physically cleaner’ in the United States?

In part because they want to believe it. Opposition to cars is a major theme in left-wing environmental politics, and it is simply assumed, without looking at the data, that less driving equals cleaner air. The large gap between the political rhetoric and scientific reality is a reminder that costly environmental regulations should be based in real-world data, not ideologically driven assumptions.

As over here, the article goes on to note that NO2 levels have dropped a little over lockdown, but as Dan Goldberg, an atmospheric researcher at Argonne National Laboratory, explains, this is probably largely weather related: 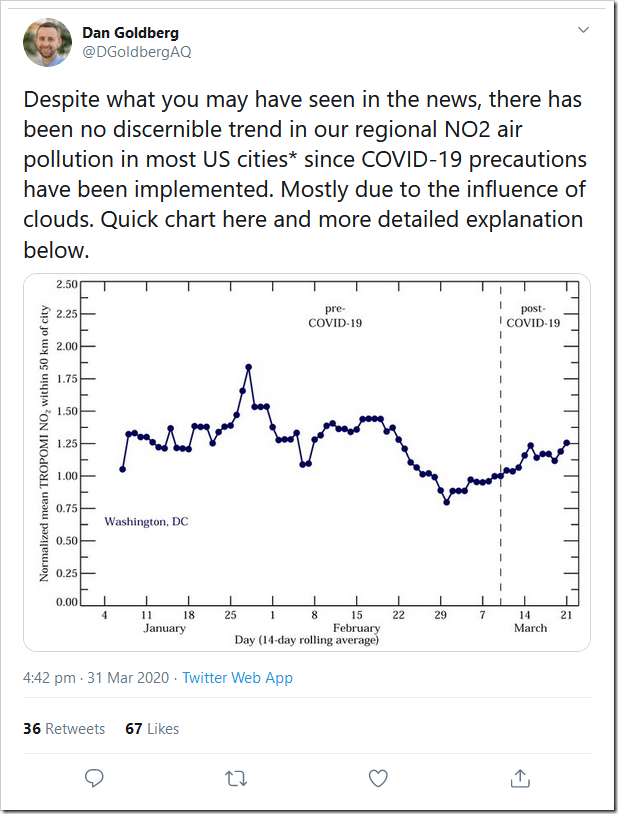 It is worth reading the rest of Dan’s comments on his twitter feed, which go into more detail. But the key point is that sunlight breaks down NO2. He says that you would normally expect a 25% reduction between March and April, purely because of the angle of the sun, hence the fall from January to February above.

As Dan notes, the rise during March reflects the very cloudy conditions at the time.

Although reduced traffic and industrial activity may have contributed to reduction in NO2, it is clear that this is very tiny in comparison to the natural factors involved.

Watch Out For Smart Dust

Could it be that human’s impact is misunderstood, or worse, deliberately exaggerated by the usual suspects? 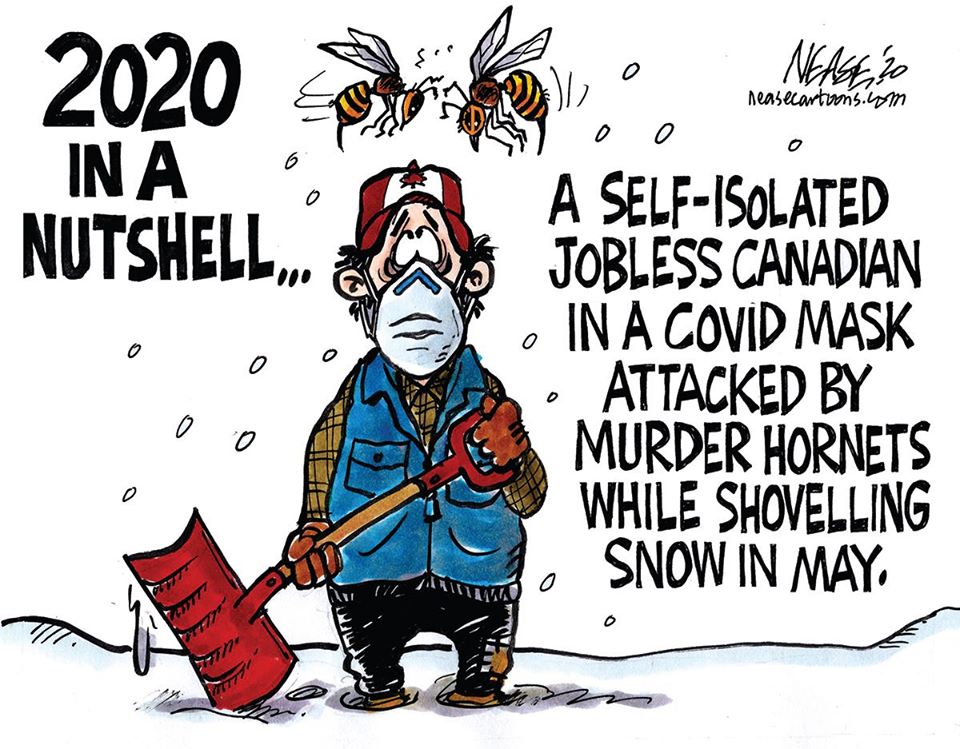