A man in Russia has been jailed after he beat his new wife to death in front of horrified guests before dumping her body in a ravine. One in five women in Russia face domestic abuse every year

A groom has been jailed for 18 years for killing his wife in front of guests on their wedding day.

Stepan Dolgikh, 25, murdered his wife by beating her to death when he began to believe she was cheating on him.

The body of Oksana Poludentseva, 36, was then dumped into a ravine by her drunk husband in October during the “jealous rage”.

He had turned on her during a wedding party at a private house and guests were reportedly too scared to intervene in the situation, but alerted police to the shocking incident in the Siberian village of Prokudskoye.

Chief investigator Kirill Petrushin said: “He began to punch and kick her outside the house. He grabbed her by the hair, hit her, pushed her out into the street, where he also continued to strike her body and head.” 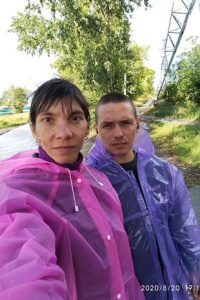 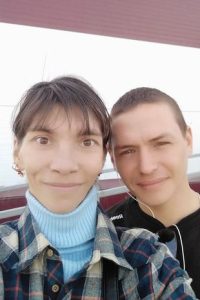 Dolgikh already had a previous conviction for murder, but was befriended by Oksna when he was in jail.

It is believed the Oksana felt she could help to reform the already convicted robber and murderer and a friend said “She truly loved him, and was waiting for release.”

The incident was mere hours after the couple had exchanged vows at their wedding and Dolgikh confessed to the killing when he was detained by the Russian National Guard. 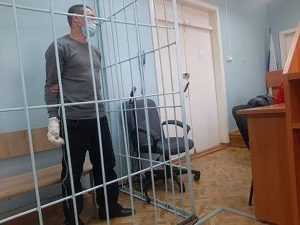 “As for repentance…. I cannot comment. I personally do not believe he repented. ‘In a state of alcoholic intoxication, due to jealousy, he developed a hostile attitude towards his wife.

“He was jealous of one of the guests. It seemed to her husband that she behaved incorrectly, which caused a scandal.”

Cases of domestic violence in Russia is a serious problem and in 2018, it was recorded that 5,000 women in Russia were killed at the hands of their abusers that year alone.

Activists claimed in 2021 that 16.5 million women in Russia suffered domestic violence every year before the pandemic.

Russia decriminalised first-instance domestic battery in 2017, which means that any case that does not end up with a person in a hospital is classed only as an administrative offence and not a crime.