The makers of wind turbines, solar panels, electric vehicles and other supposedly environment-friendly technologies — as well as the green activists, politicians and bureaucrats who promote and support them with our tax dollars — continually claim that these technologies are ‘green,’ ‘clean’ and ’just.’ Is that true? In this premier edition of our new series “Mean and Unclean,” JunkScience.com explores the African child labor cruelly exploited to make electric cars go. 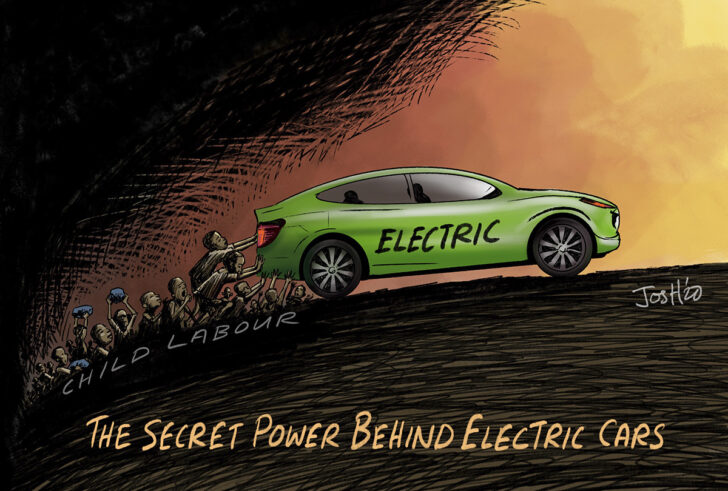 Here are some salient background points.

What follows is the harsh reality of children laboring for cobalt used to power electric vehicles. 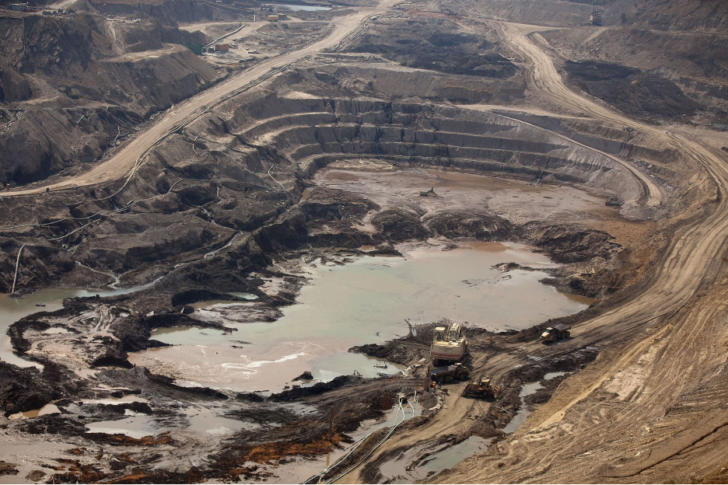 An open pit at a cobalt mine in Democratic Republic of Congo. 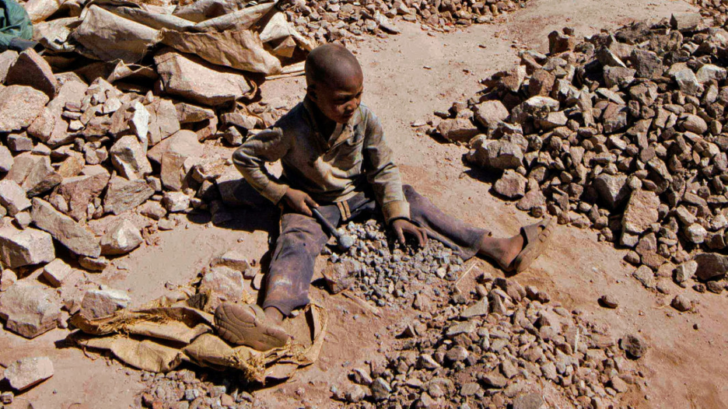 “Yanick Kalumbu Tshiwengu, a former child miner from the Democratic Republic of Congo (DRC), is lucky to be alive. When he was just 11 years old, Yanick went to Kolwezi to mine cobalt. Every day he descended several metres underground into makeshift tunnels and perilous shafts dug out by the miners, never knowing if he would see daylight and his family again.

With no protective clothing, accidents were common. Several of his friends died underground. Yanick narrowly escaped with his life on two occasions, once when an excavator began closing the entrances to the pit shaft, blocking his escape route, and when a landslide caused a collapse. Like many of his friends, he began sniffing glue and gasoline to banish his fears, but this could not block out the painful memories that continue to haunt him.

“It was a living hell,” he says. “As children we were exploited and worked in very dangerous situations. We saw things that no child should see. There was a culture of rape and violence. Girls often fell victim to rape, which as children we were powerless to prevent. Sometimes lives were lost for a few francs. No good can ever come from the mines and I’d like to see them all closed so no child has the same experience as me.” 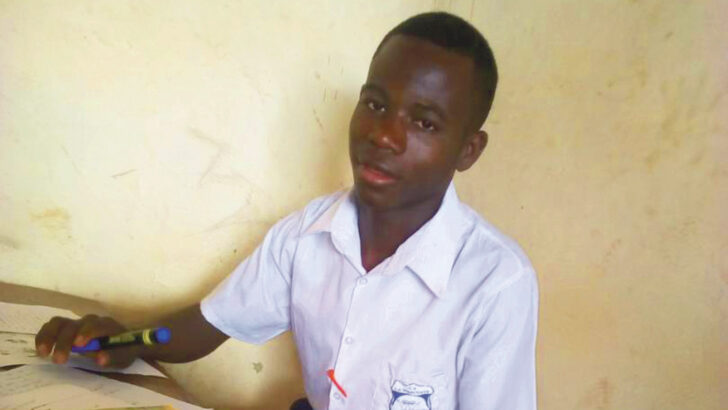 “A CBS News investigation has found child labor being used in the dangerous mining of cobalt in the Democratic Republic of Congo. The mineral cobalt is used in virtually all batteries in common devices, including cellphones, laptops and even electric vehicles.

A report by Amnesty International first revealed that cobalt mined by children was ending up in products from several companies, including Apple, Microsoft, Tesla and Samsung.

There’s such sensitivity around cobalt mining in the DRC that every few hundred feet the CBS News team was stopped, with security personnel requesting letters and documentation, even though we had official permission to be there. But for the Chinese middlemen who buy the cobalt, there were no such constraints; they have free access.

In the mines, women and children help with the so-called artisanal mining, but don’t be fooled — it is no quaint cottage industry. At barely 10 years old, children lug heavy sacks of cobalt to be washed in rivers. From as early as four, they can pick it out of a pile. Even those too young to work — dust-covered infants clinging to their mothers and playing on the dirty ground — spend much of the day breathing in toxic fumes. 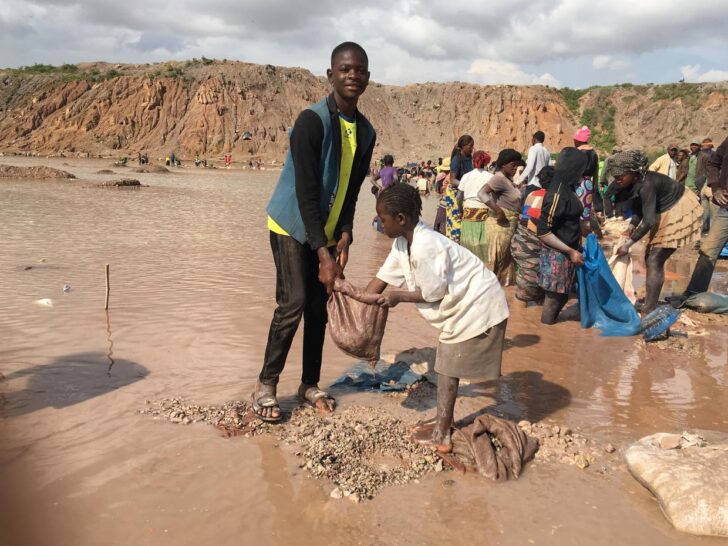 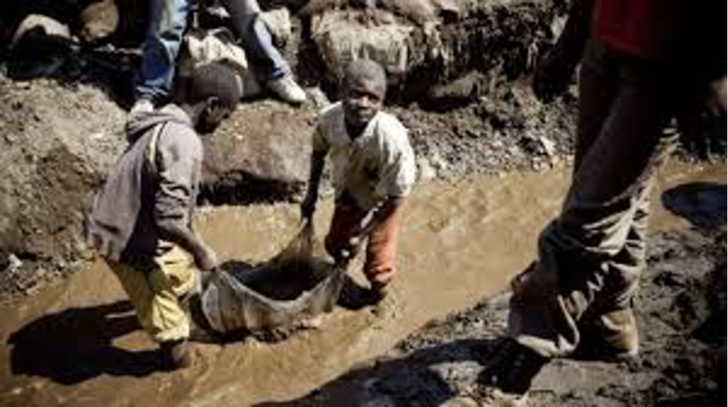 Thousands of clandestine miners including numerous young children work in tunnels with rudimentary tools at risk to their health and their lives. 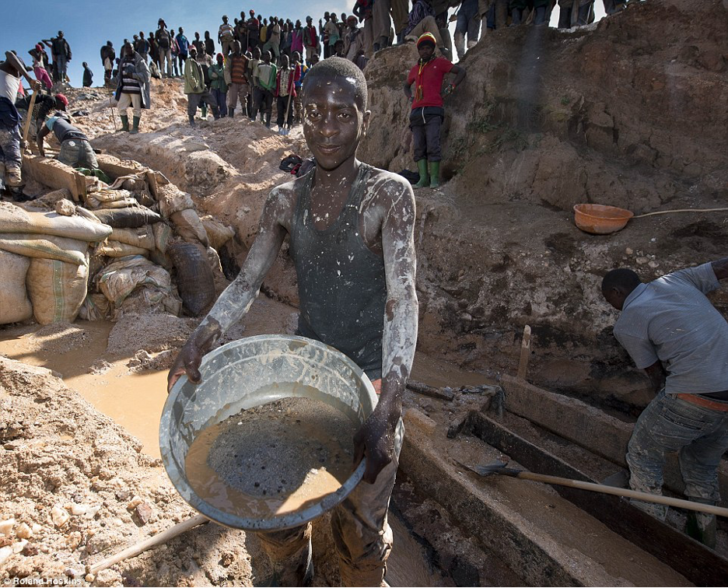 Hard labour: Panning for rare minerals for 12-hours a day, this miner is covered head to foot in the ore-laden mud. 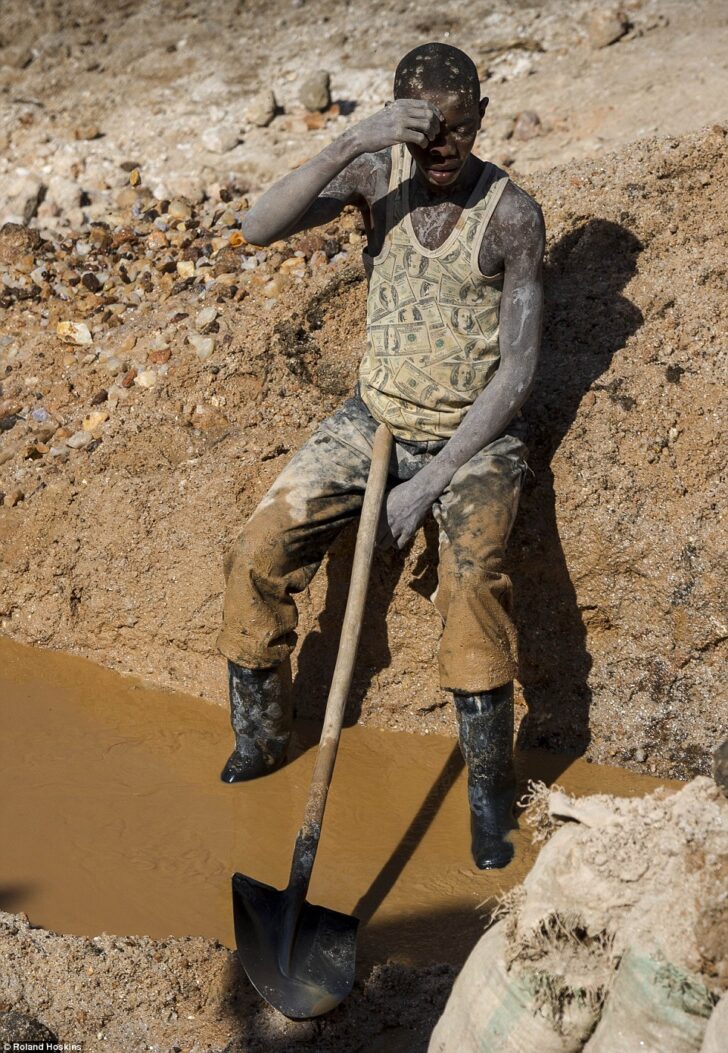 Basic: Rudimentary tools are used to harvest the minerals that create the most sophisticated electronic devices. 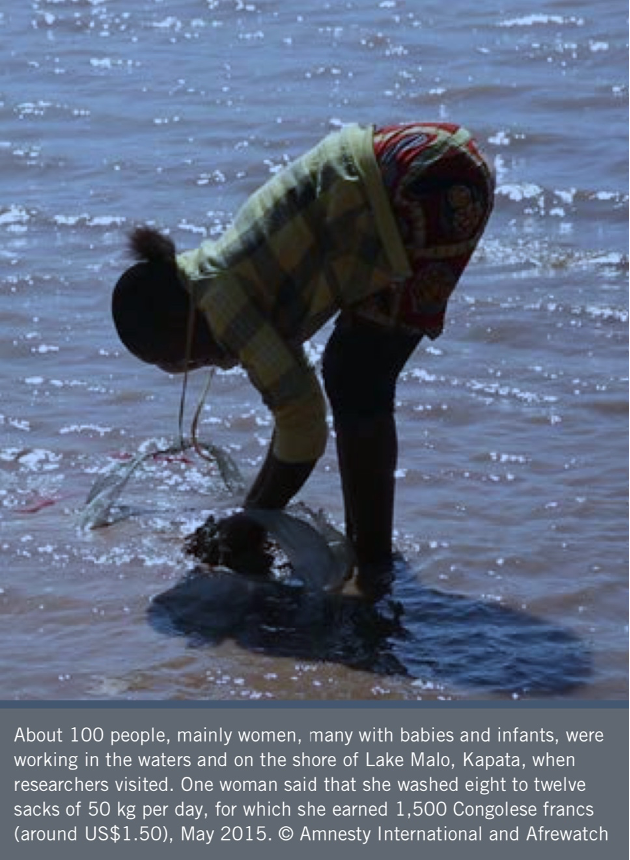 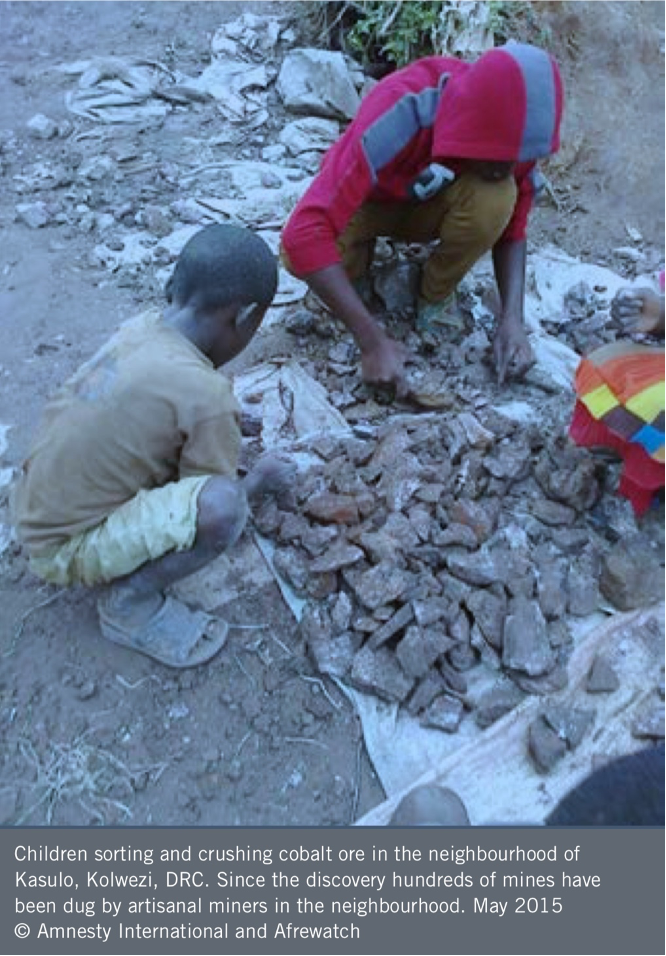 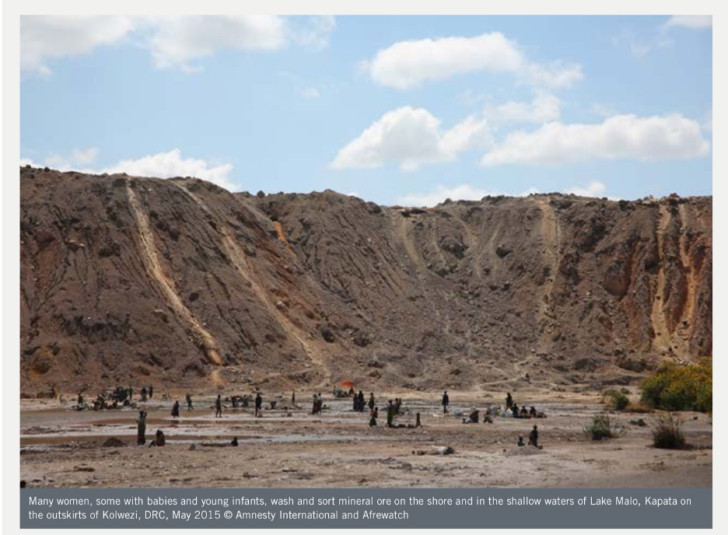 This video shows people washing the cobalt ore in a river. This crude processing technique would be unthinkable and incredibly illegal in the United States.

An international advocacy group has launched a lawsuit against some of the world’s largest tech companies for the deaths and injuries of child miners in Congolese cobalt mines.

International Rights Advocates brought the case on behalf of 14 Congolese families whose children were killed or injured while mining for cobalt. The metal is key ingredient in the rechargeable lithium-ion batteries that power most electronic devices.

The defendants named in the suit include Apple, Microsoft, Dell, Tesla and Google’s parent company, Alphabet.

The lawsuit accuses those companies of “knowingly benefiting from and aiding and abetting the cruel and brutal use of young children.” 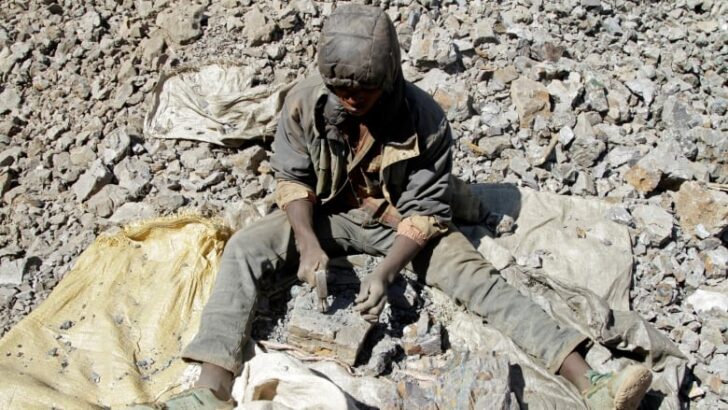 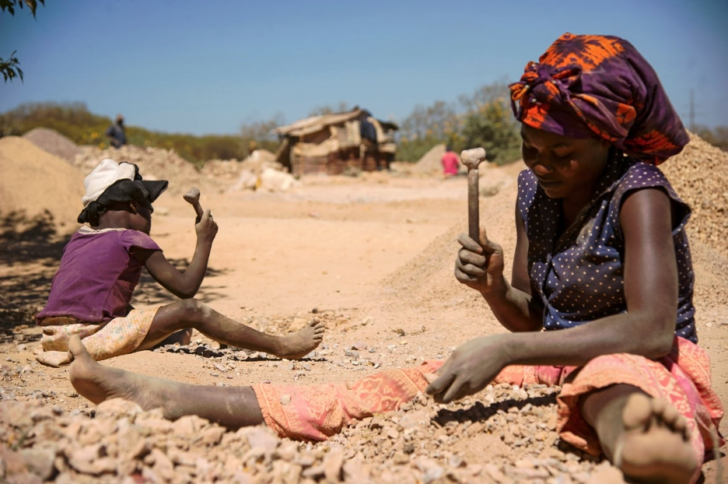 A child and a woman break rocks extracted from a cobalt mine at a copper quarry and cobalt pit in Lubumbashi, Congo. (Junior Kannah/AFP/Getty Images) 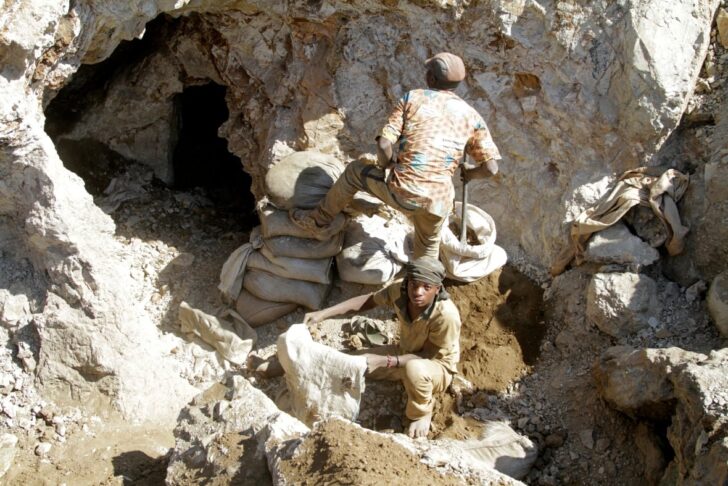 A tunnel at one cobalt mine collapsed and killed 63 people. 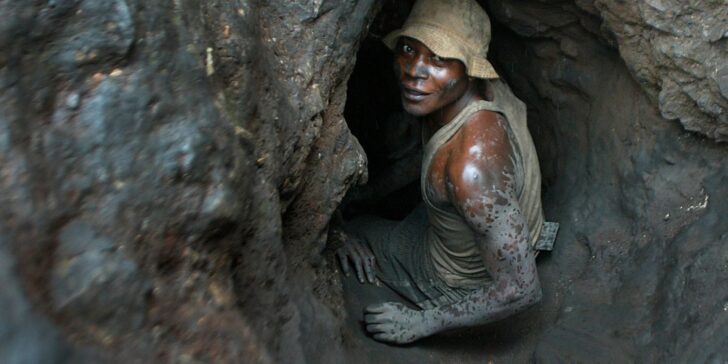 The Futility of “Renewable” Energy in Two Easy Charts

The Myth of Glorious Renewables

Renewable Energy Will Not Solve The Problem Admits Harrabin

Everything about “green renewable” energy is problematic, from the metals get dug out of the ground – transport – to the end of windmills lifespan where it is supposed to be disposed of, and everything in between, for example all the resources it robs from people, businesses and society (subsidies and “green” taxes).

Green Jobs? What About The Industries We Are Destroying?

“Green” jobs are economic activity the society is forced to pay for, subsidize, because nobody need that nonsense and even fewer are willing to pay for it. It’s rather insane that grown ups are supporting that kind of bullshit! However .. It becomes cold stone crazy when subsidized jobs are forcing profitable businesses to shut their doors, the real effect of corruption.