Environmentalism: Evidence Suggests it Was Always and Only About Achieving World Government

Greta Thunberg has met her match and she’s all the things Greta is not.

Izabella Nilsson Jarvandi is growing in popularity in Europe and Russia with an entirely different message than media darling Greta Thunberg.

Izabella Nilsson Jarvandi has earned the nickname “anti-Greta” as she has been advocating for values that differ from the mainstream, standing up in the defence of traditional family and gender norms.

It’s important to remember that we don’t have a home in Sweden. Sweden has a home in us.

When you see the nation crumble and heat builds up… It’s her screaming for attention because you can’t see that in reality she lives within us. Not outside.

The Gothenburg-based traditional values campaigner of the same age as Greta Thunberg is quite famous back home, and is increasingly being compared to the eco-activist, although she hasn’t directly touched upon the environment in her campaign.

Everyone knows Grete but nobody knows Izabela Nilsson. She is also 16 years old. Protests against globalization, LGBT propaganda in Swedish schools, advocates for the protection of traditional family values & the fight against illegal immigration. Nobody wants to see such girls! https://t.co/EhYWIXce5b

In an interview with a public group on the Russian social network VKontakte, where Nilsson Jarvandi even created a personal account, she said she is occasionally blocked by Instagram. She also lamented her Twitter page once being suspended on the grounds of her being not old enough to have an account there, although she provided documents at the time saying she was 15.

She said this would never happen to Greta Thunberg given the leftist establishment’s support for her.

“She is talking about the same things as mainstream media, schoolteachers, big corporations, and celebrities. It goes without saying that she will always enjoy support”, Izabella noted.

Nilsson Jarvandi, born to a Swedish mother and Iranian father back in 2003, has been voicing harsh opposition to Sweden’s pro-immigration policies, arguing that most immigrants continue to live separately from native Swedes and remain unassimilated.

She doesn’t see her mixed origin as something to hamper her campaigning for her native country and well-established Swedish cultural values, including those related to sex and gender.

She is strictly against multiculturalism, feminism, and is reportedly an opponent of “LGBT propaganda in schools”.

Nilsson Jarvandi, hasn’t spoken out on climate issues, but has nevertheless earned the nickname “anti-Greta”.

On 3 December, the activist took note of one of Thunberg’s posts she made while on a yacht describing the land she caught sight of, as she was making her way to North America to a United Nations climate action summit, on a low carbon footprint boat.

“Don’t people fly to this part of land to take the boat back [Greta is traveling by]?” Nilsson Jarvandi quipped.

The Greta Thunbergs of the world get all of the press, while those like Nillson Javandi get suspensions from social media.

Isn’t it funny how that works?

The left is built on fakery and it goes way beyond the fake climate change arguments.

How many of our readers knew that Greta Thunberg was a paid actress?

Tune out the mainstream media and start looking into what is really going on.

Sweden is no different than America in one regard…

They make heroes out of those who are hired to fool the masses, while censoring those who fight for the masses.

Naomi Seibt and Her Journey to Climate Realism

Recorded in Madrid, Spain, the site of the UN’s COP25. Naomi Seibt, a popular YouTube streamer, speaks on her journey to climate realism, the state of science, and more during the United Nations’ COP25. She closed out our presentations in Madrid in the opening week of the conference.

The Incredible Story Of How Climate Change Became Apocalyptic

Claim: The Montreal Protocol Saved the Arctic From Global Warming 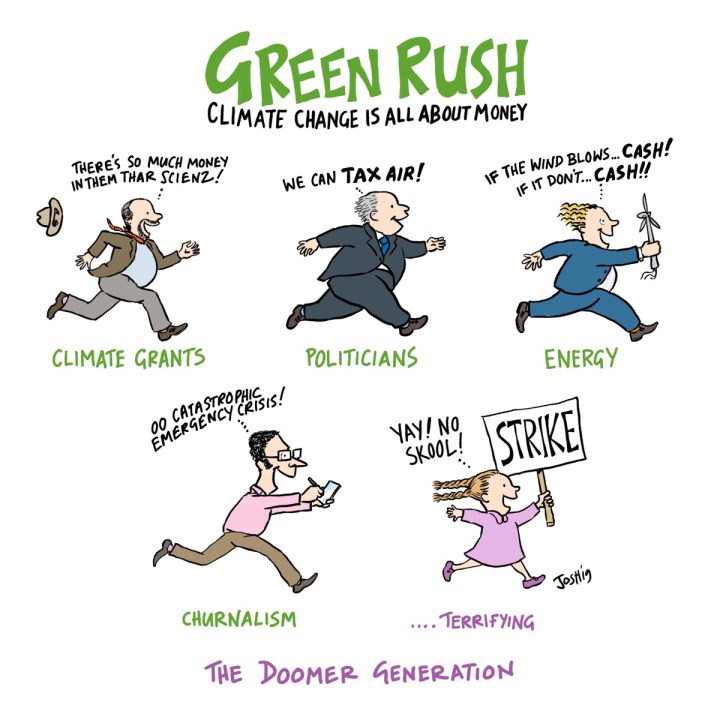