CHICAGO — The United States declared monkeypox a public health emergency last week, an effort to bolster the US response to contain the outbreak.

The virus continues to be largely transmitted among gay and bisexual men, but experts say the disease could spill over into other populations, especially due to vaccine shortages. Monkeypox is spread by contact with puss-filled sores and is rarely fatal.

Here is the state of monkeypox now and some other the populations US experts believe may be at risk:

WHO IS GETTING MONKEYPOX NOW?

Last month, the World Health Organization declared monkeypox a global public health emergency. So far, 80 countries where the virus is not endemic have reported 26,500 cases of monkeypox, according to a Reuters tally.

In the United States, 99.1% of U.S. monkeypox cases occurred among those assigned the male sex at birth as of July 25, according to a technical report by the US Centers for Disease Control and Prevention (CDC). Among male patients, 99% reported having sexual contact with other men.

The pattern of sexual transmission in men is not typical. In Africa, where monkeypox has been circulating since the 1970s, 60% of cases are in men, and 40% occur in women.

WHO ELSE IS AT RISK?

Although the current explosion of cases has occurred in men, experts say there is no biological reason the virus will remain largely within the community of men who have sex with men.

“We certainly know it’s going to spread to family members and to other non-male partners that people have,” said Dr. Jay Varma, director of the Cornell Center for Pandemic Prevention and Response. He said the virus could also spread through massage parlors or spas.

The real question, he said, is whether it spreads as efficiently in those groups as it does among close sexual networks of men who have sex with men.

Experts point to the way HIV spread as a possible indicator for where the virus will go next.

“My greatest fear is that as we try to contain this, it’s going to seep along the fractures in our social geography and go where HIV did, and that’s going into communities of color in the rural South,” said Dr. Gregg Gonsalves, an associate professor of epidemiology at Yale University and a leading HIV/AIDS activist.

Those are places with limited infrastructure for testing, vaccines and treatments. 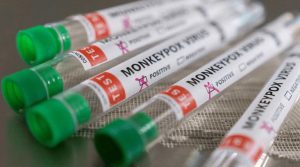 A team of scientists led by Dr. Pragya Yadav, a senior scientist at the National Institute of Virology (NIV), analysed India’s first two monkeypox cases and revealed that the duo who returned from the UAE were infected with the virus strain A.2. The researchers who conducted the study of the Indian Council of Medical Research – National Institute of Virology (ICMR-NIV) also found that the strain is different from the one causing the outbreak in Europe.

Moreover, the genomic sequencing of the two patients showed that they were infected with monkeypox virus strain A.2. However, the variant prominent in major parts of Europe is B.1. The findings of the study have been published in the Research Square, a pre-print server, and have not been peer-reviewed.

As of now, India has reported nine cases of monkeypox and one death. According to reports, the foreign returnees from UAE presented with fever, myalgia, and vesicular lesions on the genital area with cervical lymphadenopathy. The oropharyngeal and nasopharyngeal swabs, EDTA blood, serum, urine, and lesion samples from multiple sites were collected from both cases on the ninth post-onset day of illness. 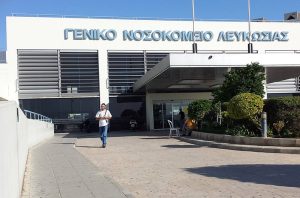 All three cases of monkeypox identified in Cyprus over the past few days, are recovering in very good condition, health ministry spokesman, Constantinos Athanasiou said on Monday.

The state of the first case traced on the island, a 40-year-old sailor, is improving, as he continues to be treated at the Nicosia general hospital, while the other two did not require hospitalisation. They were both transferred to Eden rehabilitation centre in Tersefanou for isolation, Athanasiou said.

He added that an information campaign will start in hospitals as of Monday, so that health professionals managing suspected or confirmed cases of monkeypox can express their interest in vaccination.