In 2021, for the first time, the U.S. is expected to integrate a directed energy weapon system into a guided missile destroyer, USNI News reported.

“We are going to burn the boats if you will and move forward with this technology,” Rear Adm. Ron Boxall said during the Booz, Allen, Hamilton, and CSBA Directed Energy Summit 2019, describing a scene right out of Star Wars on the wide open sea.

The Navy will install a High Energy Laser and Integrated Optical-dazzler (HELIOS) with surveillance sensors aboard an unspecified Arleigh Burke-class Flight IIA destroyer, in the next several years, Boxall said.

HELIOS is a directed energy weapon that can burn small speed boats, similar to the ones Iran deploys in the Persian Gulf, and can also down unmanned aerial vehicles. 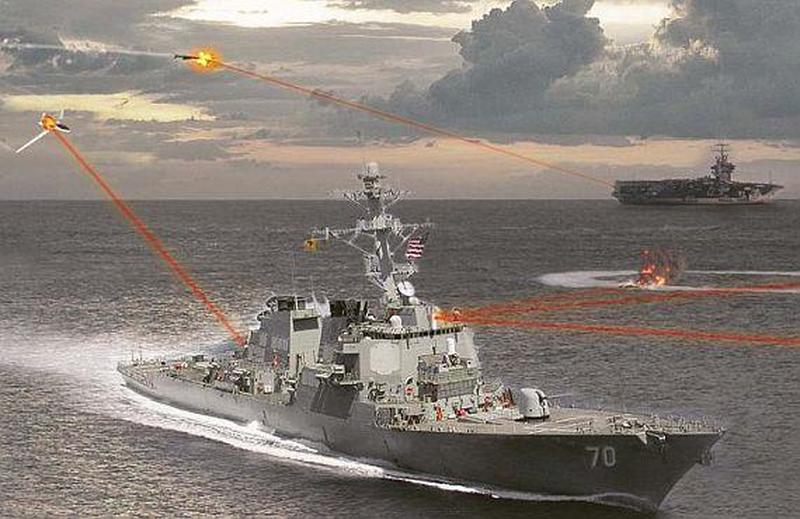 If the Navy wants to avoid an international incident, the weapon can “dazzle” a UAV’s electro-optical sensors, effectively destroying the sensor without taking down the aircraft. Developed by defense contractor Lockheed Martin under a $150 million contract, the 60-kilowatt HELIOS system will be the most powerful and first direct energy weapon to be deployed on a guided missile destroyer.

According to USNI News, there have been several 30-kW demonstrator systems deployed with other types of warships since 2014. 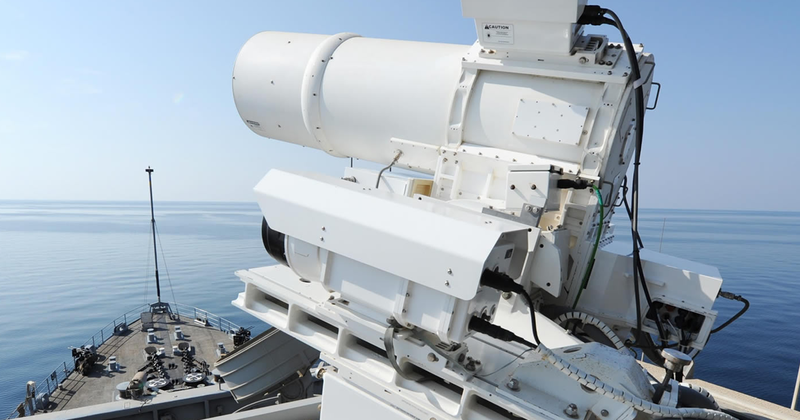 HELIOS will be fully integrated into the Aegis combat system of the Navy’s surface fleet. The weapon’s sensors will enhance Aegis’s ability to track and guide weapons to destroy enemy targets.

“If I have this system that can kill and I have a system that can actually sense, then I have to make sure it integrates with the other things I have on my ship that can sense and kill, namely the Aegis weapon system,” Boxall said.

As laser technology matures,  direct energy weapons are expected to be deployed on all of the Navy’s guided missile destroyers by the mid to late 2020s. On a long-term view, lasers are expected to replace conventional weapons because of its low cost per shot rate. 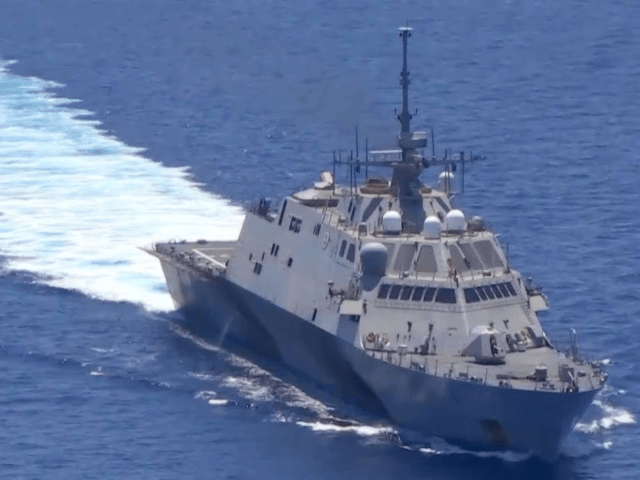 The U.S. sailed warships through the Taiwan Strait this weekend, leading to an angry response from China who warned such actions could further undermine relations between the two countries.

According to Taiwan’s Ministry of National Defense, two U.S. vessels sailed through Taiwanese waters off the island’s southwest coast on Sunday, angering officials in Beijing who claim sovereignty over the region.

“China has been closely monitoring from start to end the passage by the U.S. warships through the Taiwan Strait,” Chinese Foreign Ministry spokesman Geng Shuang told a regular news briefing in Beijing on Monday. “China has lodged stern representations with the U.S.”

“The ships’ transit through the Taiwan Strait demonstrates the U.S. commitment to a free and open Indo-Pacific,” he said. “The U.S. will continue to fly, sail and operate anywhere international law allows.”

Earlier this month, the U.S. also granted an official request from the Taiwanese government for the purchase of new fighter jets aimed at “countering current enemy threats,” as the Chinese military steps up its aggression against the self-governing island. The two countries separated during the 1949 Civil War, but Beijing now argues that Taiwan should remain under its jurisdiction and demands that they must be reunified, in what is referred to as the ‘One China Policy.’

The U.S., however, has consistently shown steadfast support for Taiwan’s right to self-determination, with last year’s Defense Act stating that it will “strengthen defense and security cooperation with Taiwan to support the development of capable, ready and modern defense forces necessary for Taiwan to maintain a sufficient self-defense capability.”

The incident comes just days before a scheduled visit to Beijing by Treasury Secretary Steven Mnuchin and Trade Representative Robert Lighthizer, as the two sides continue negotiations over trade between the world’s two largest economies. Next month, Chinese Vice Premier Liu He will also lead a delegation to Washington for follow up talks.

U.S. Navy And Coast Guard Ships Pass Through The Taiwan Strait For The Third time This Year 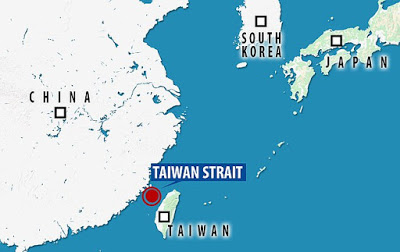