What many journalists and politicians do not realize is that climate change warming is not global. At any given time, there are regions of the world that are warming, while at the same time other regions are either cooling or exist within a stable temperature range.

An example of the actual real-world climate regime is the South China Sea denoted by the accompanying chart.

A group of researchers from China produced a better methodology to reconstruct a historical dataset of sea temperatures for the month of March from 1893-2011. 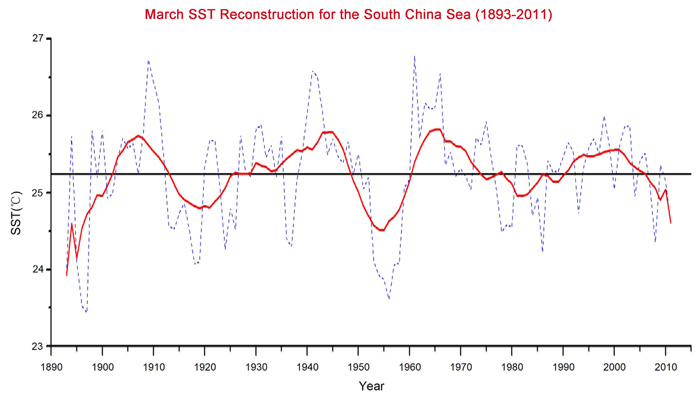 The findings from their research? 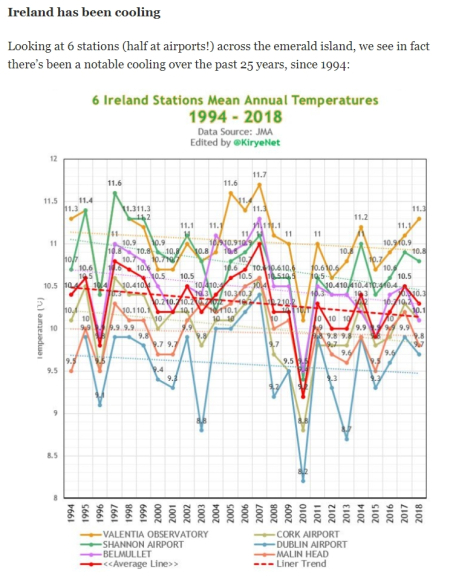 And on the other side of the world, we have the example of a cooling Ireland, which clearly seems to have missed this “global warming” that everyone in media, Hollywood, and D.C. continuously claim – obviously, without ever checking the actual evidence.

But, don’t hold your breath expecting either the mainstream media or politicians or celebrities pushing the climate change alarmism to inform the public that “global warming” is not truly global.