The present NASA spacesuit design has to be updated, therefore the organization has been searching for a commercial company to take on the project. It made a decision and announced it on Wednesday. 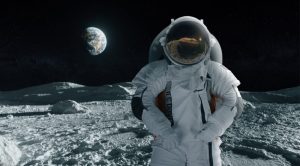 For the Artemis III moon mission, which will see American astronauts set foot on the lunar surface for the first time in fifty years, Texas-based Axiom Space will construct NASA’s most recent spacesuits.

After reviewing the submissions from Axiom and Collins Aerospace of North Carolina, the space agency chose Axiom Space on Wednesday, September 7. The $229 million contract has been signed.

RELATED: NASA picks a firm to build its next-gen spacesuits

RELATED: Axiom and Collins only bidders for NASA spacesuit contracts