The things rich people do in Norway; Talk with angels, frame ruins in glass, lie on the beach to feel and, of course, wanting to save stuff – Nothing is better than saving the world .. Election in the US and dismantle of the UN Paris agreement be damned, the corrupt and stupid “greens” in Norway are going to save the world no matter if the world needs to be saved or not!

When i got this article in my feed on FB. i didn’t plan reading it, but somehow i did. First thing i checked, – if there was an open comment section, of course there was NOT. Then i knew the article was too controversial to let the readers weigh in and commenting. God forbid a healthy exchange of arguments and ideas.

Like all communists the Norwegian communists are, of course no different, they do not like to be criticized. Everything concerning the climate is off limit, not allowed to be discussed.

In their eagerness to fulfill EU’s emission targets, which came after the UN Paris agreement, they risk implementing a policy that – not only emit more CO2., but also end up using more palm oil and with a lower quality of the fuels, in fact car owners are already reporting malfunctions and expensive damage to engines caused by putting biofuels in the fuel (today 5,5%). The new, mandatory percentage of biofuels it will not be possible to avoid palm oil. .

In the negotiations on the budget the government accepted the “green” Liberal Party’s demand for a very powerful investment in biofuels. Share of biofuels in road traffic will by 2020 be increased from 5.5 to 20 percent. 8 percent of the total will be called advanced biofuels, which are often based on waste or raw materials from the forest.
The rest will most likely be “first generation” biofuels made from rapeseed, sugar cane, corn and other agricultural products (palm oil!) – Helgesen acknowledges this could be worse than conventional diesel and gasoline. 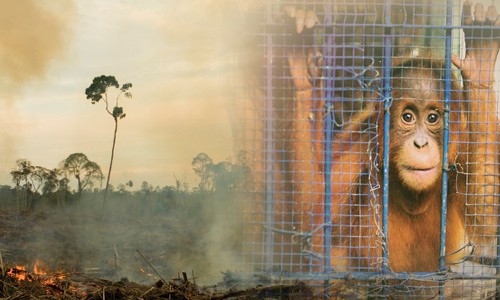 Why is Palm Oil So Bad?

Palm oil is among the biggest threats driving iconic wildlife species like the Sumatran orangutan to the brink of extinction in Indonesia. Photo credit: Rainforest Action Network

Consumer knowledge on the destructiveness of palm oil production—found in everything from ice cream and crackers to detergents and cosmetics, is rising. Increased awareness is sorely needed, as more and more forests are cleared to make way for palm oil plantations.

There are a lot of questions around the use of palm oil. The Rainforest Action Network, which has been working on this issue for some time, has an excellent factsheet on palm oil, which is briefly excerpted here:

What is Palm Oil?

Palm oil is a globally traded agricultural commodity that touches our lives in every trip we make to the supermarket. Palm oil is an edible vegetable oil derived from pulping the fruit of oil palms originally native to Africa. Palm oil is commonly used as a cooking oil in Africa, Southeast Asia and parts of Brazil and its consumption is on the rise worldwide. The recent rise in the use of palm oil in the U.S. food industry has resulted largely from changed labeling requirements that have caused a switch away from using trans fats. More ..

Lastly, Norway are planning to – not only stop emitting CO2 – nooo – we will prevent MORE CO2 emission than we actually emit.

Do you spot the problem the Norwegian government wants to solve – ALONE? 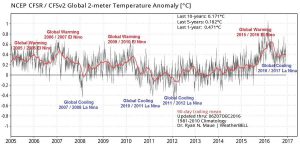