A phlebotomist who worked for Children’s Medical Center Plano was sentenced to 19 years in prison last week after pleading guilty to inappropriately touching six teenage patients.

Mohammad Ali, 46, pleaded guilty on Feb. 24 to seven counts of indecency with a child, according to Collin County District Attorney Greg Willis. 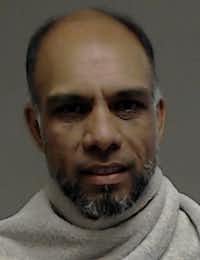 “This perpetrator preyed upon young teenaged girls who trusted him to do his job right,” Willis said in a news release. “In the end, it was the courage of these very girls that helped us catch him and hold him accountable. He won’t be preying on any more children.”

A teenage girl reported in December 2015 that Ali touched her inappropriately over her clothes while she was having her blood drawn in an outpatient lab in December 2015. Five other teens came forward after that, describing similar incidents that occurred between August and December 2015.

The girls were between the ages of 12 and 15 at the time of the offenses.

Ali began working at the lab in March 2015. He was initially placed on administrative leave when the offenses surfaced and was later terminated by the hospital. Plano police investigated.