Image: “I Will Not Submit”: 140,000 French Citizens Protest Against Vaccine Passport

Related: Dr. David Martin Drops Bomb: The FDA Has Only Approved A COVID-19 Vaccine That Does NOT Exist In The U.S. Marketplace

After Portugal, now Sweden has become the second European nation to ban travellers from the most vaccinated nation Israel. Sweden also banned the entry of citizens from the United States, Kosovo, Lebanon, Montenegro, and North Macedonia. 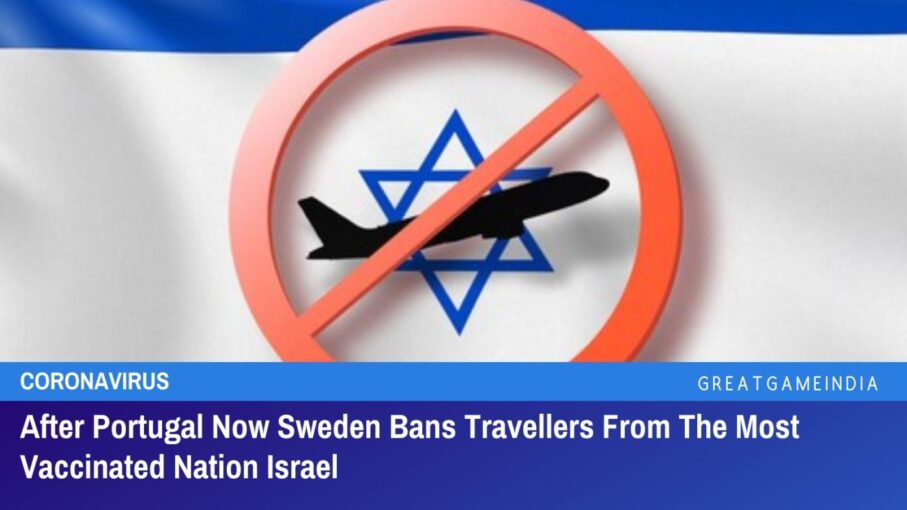 Sweden became the second European Union country to ban Israeli residents from entry due to a rise in COVID-19 cases in Israel, despite the country being one of the most vaccinated countries in the world.

Portugal on Wednesday became the first EU country to ban travel from Israel due to a rise in cases. Both countries are following the EU’s recommendation to remove Israel from its list of green countries.

Interior Minister Mikael Damberg told news outlets that the sharp increases in COVID-19 cases in Israel, the United States, and other countries are the reason why they were removed from Sweden’s travel ban exemption. Despite Israel’s mass vaccination campaign, the virus has continued to spread, Damberg said.

Earlier in April, the Israeli Peoples Committee (IPC), a civilian body made of leading Israeli health experts, published its report into the Pfizer vaccine’s side effects indicating damage to almost every system in the human body.

GreatGameIndia warned at the time that if the findings by IPC were genuine, then Pfizer vaccine was linked to more deaths in Israel than AstraZeneca’s in the whole of Europe.

Now the massive surge of COVID-19 infections in Israel, one of the most vaccinated countries on earth, is nothing less than a disaster. The Israel vaccine crisis should be a warning to the rest of the world.