Members of the pro-Syrian government forces ride on a tank as it drives down a street in the Syrian border town of Albu Kamal, on November 20, 2017. (AFP/ STRINGER)

A concerned Israel has been closely watching developments as pro-Iran Shiite militias have been observed fighting Syrian army forces on the border with Iraq several times over the last two weeks, in what has been described as a battle for one of Syria’s key strategic areas.

This marks the first time the two sides have been reported to be fighting, with fatalities and casualties on both sides, after years of cooperation as Iran supported Syrian President Bashar Assad in the country’s civil war.

The reports came from various media outlets in the eastern area of Al-Bukamal and from credible Syrian opposition websites.

The fighting is focused around the town of Al-Bukamal, next to the Al-Qa’im border crossing between Syria and Iraq, which is considered a key strategic point in securing trade between Iraq and Syria — and indirectly, between Iran and the Mediterranean Sea.

Al-Bukamal is located on the eastern border of the Deir Ezzor region, on the banks of the Euphrates River. 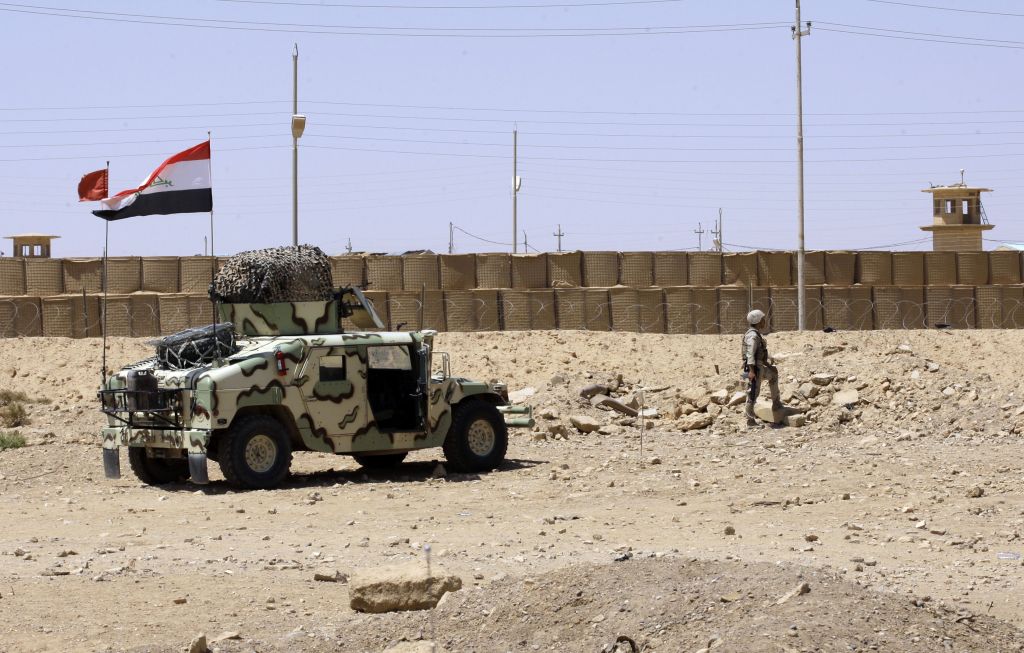 The fighting between Shiite militia forces and the Syrian military’s forces began more than two weeks ago, and the two sides are apparently in an all-out battle over control of the town, its various neighborhoods and the border crossing. Similar exchanges of fire were reported in the nearby town of Al-Mayadin.

In both towns there were reports of fighters killed and wounded, although the exact number isn’t clear. Among the dead was a high-ranking officer of Iranian origin and fighters from the Afghan Fatemiyoun Division, which is funded, equipped and trained by Iran’s Revolutionary Guards.

One report said more than 25 people have been killed in the battles, but that number hasn’t been confirmed by credible sources.

The fighting resumed over the weekend, local media reported, with the Iranians bringing reinforcements to the area and threatening Assad’s loyalists that those identified with the military would be eliminated if they didn’t retreat from the town.

It is likely part of the Iranian effort to gain control of the key route without the Syrian army — or any other force — being able to have any influence.

Israel has been following the developments in that area, fearing that Iran could succeed in establishing a land corridor to the Mediterranean that would pose a significant threat to the Jewish state. Prime Minister Benjamin Netanyahu has long been campaigning internationally against Iranian presence and influence in Syria, and has lately been seeking to convince Russia to expel all Iranian forces from Syria.

Arab media reports said the Shiite militias have in the last several weeks been setting up Shia religious institutions in Al-Bukamal, and militia members have taken over homes belonging to Syrian refugees who can’t return to their homes. 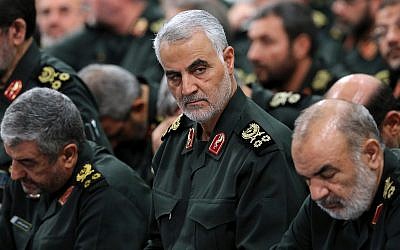 Over the last few months there has been an Iranian effort to establish a presence around the border crossing, and the commander of the Islamic Revolutionary Guard Corps’ Quds Force, Qassem Soleimani, has been seen there several times.

On June 18 there were reports of a large-scale airstrike on Shiite militias operating in the area that killed dozens, with several media outlets claiming Israel was behind the attack.

One report said there was another strike in recent days that killed more than 25 members of the Iran-backed Iraqi Shiite militia Hezbollah Brigades, while they were on their way to Baghdad.