Among Muslim refugees, a new revolting trend is surfacing, and it proves many of those who claim to be seeking asylum are lying. As we are told to have compassion during this “crisis” for those who fled their homes in fear, the truth is being exposed by the brazen actions of the refugees themselves, and even those who have championed the Muslim refugee cause are now seeing why they can not be trusted. 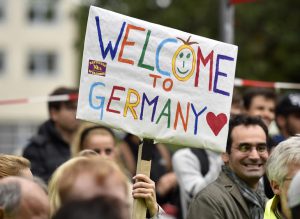 According to RT.com, the actions of asylum seeking Muslims in Germany have recently been causing a lot of speculation as to whether or not they are actually seeking refuge from the danger in their home countries. More likely, it seems that they are there in order to leech on the kindness of the people that initially welcomed them there.

The German media outlet Die Welt am Sonntag has unveiled that Muslim asylum seekers from Syria, Iraq, and other war-torn states, who are registered as refugees and receive Hartz IV social benefits (welfare) from Germany, have been traveling on “vacation” back to the home countries that they fled.

Die Welt am Sonntag reports that the situation has been witnessed in Berlin and is assumed to be happening across the other Federal States of Germany. According to their report, the media outlet was told by numerous refugees that they have “traveled for a short period of time back to countries like Syria, Afghanistan, or Lebanon.”

“There are such cases,” an unnamed spokesperson for the German Federal Employment Office (BA) confirmed but said that there are no official numbers. “We do not conduct any analysis or statistics on this subject and therefore we do not have any information,” the BA source added. They are currently trying to determine the number of refugees opting for such a “vacation” in their homeland.

“There is no legal ground to demand that information from him,” the BA said, in reference to whether a refugee can be asked why they are leaving Germany. Apparently, even if they are made aware that the refugee is “vacationing” in areas like war-ravaged Syria or Iraq, they can’t report it to authorities anyway. The source said they are “not allowed to pass that information to other authorities due to the data privacy.”

However, just a few months ago, the German Migration and Refugees Office (BAMF) called on State Employment agencies to report such cases.

“In the case, however, when the journey is being conducted for leisure purposes, this may be an indication that the refugee fears no persecution,” BAMF added as quoted by the German outlet (Die Welt am Sonntag). That would in return lead to stripping of asylum status.

Armin Schuster, who is a German MP in the parliamentary committee for the interior said, “if true, that leaves one speechless.” The official also demanded that any such journey should be approved by BAMF.

Pushed by Chancellor Angela Merkel, the welcoming of Muslim refugees into Germany has proven to have been a terrible mistake. As of July, it was reported by the Federal Criminal Police (BKA) that at least 400 possible terrorists snuck into the country with the asylum seekers. There have also been numerous violent attacks just this summer, and at least three of those were carried out by “refugees,” among which were some who had pledged allegiance to ISIS. 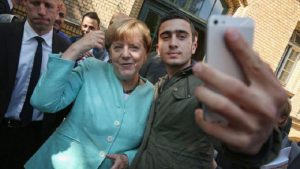 German Chancellor Angela Merkel poses for a selfie with a migrant from Syria in Berlin. (Source: The Sydney Morning Herald)

If President Obama cares at all about the American people or our country in general, he should be paying attention to the horrific attacks and disgusting antics that German and other European citizens are being subjected to by Muslim “refugees.” Every country which has allowed massive immigration of so-called asylum seekers has citizens who are now suffering under repulsive filth, dangerous diseases, and fear of being attacked, murdered, and raped. 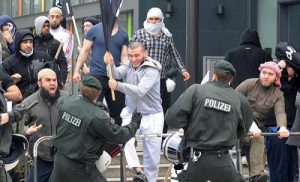 As Germany and other nations are learning, you can not trust the word of the Muslim refugees. Most of them aren’t leaving war-ravaged homelands because they are fearfully seeking asylum. If that were true, they wouldn’t go back on “vacation.”

They are moving on, like locusts do, to devour the resources of other lands. They come to conquer and control governments, not to assimilate with the host nation’s culture. They come with demands and a determination to take what they want physically and monetarily and to punish anyone who does not bend to their Islamic law.

If our leaders refuse to acknowledge the mistakes of other nations and, instead, continue to welcome an influx of “refugees” into our own country, it is guaranteed that we will soon be overwhelmed and suffering just as badly as Germany and others. This isn’t an issue of compassion. It’s about the preservation of our nation and the protection of our children. It really is that simple.