Everyone, including the Russians, is sick and tired of our hysterical media and whacko liberals passing off conjecture as FACT.

This entire Russia hacking story is a fraud designed to create chaos with the American people and to delegitimize Donald Trump.

Neither of which are working.

There’s ZERO evidence to support the theory that Russia hacked into the DNC and John Podesta’s email to help Donald Trump win the election.

Russia is now saying, “Put up or shut up” as they warn the U.S. to either show evidence or stop accusing them of tampering with a United States election.

The United States must either stop accusing Russia of meddling in its elections or prove it, a spokesman for Russian President Vladimir Putin said Friday.

Presidential spokesman Dmitry Peskov said it was “indecent” of the United States to “groundlessly” accuse Russia of intervention in the US election campaign, Russian state news agency Tass reported.

“They should either stop talking about that or produce some proof at last. Otherwise it all begins to look unseemly,” Peskov reportedly said about the latest accusations that Russia was responsible for hacker attacks.

President Barack Obama on Thursday vowed retaliatory action against Russia in the light of allegations that it meddled in the US presidential election campaign.

“I think there is no doubt that when any foreign government tries to impact the integrity of our elections that we need to take action and we will at a time and place of our own choosing,” he told NPR.

How bad are Democrats? 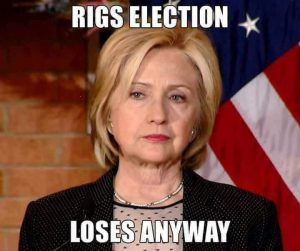