And why do they sound so desperate?

Video: Tony Heller
“The prospect of domination of the nation’s scholars by Federal employment, project allocations, and the power of money is ever present — and is gravely to be regarded. Yet, in holding scientific research and discovery in respect, as we should, we must also be alert to the equal and opposite danger that public policy could itself become the captive of a scientific-technological elite.” – President Eisenhower January 17, 1961

History tells us, every time there was a problem in the world

It could always be traced back to the same mindset

That fact rings true even today 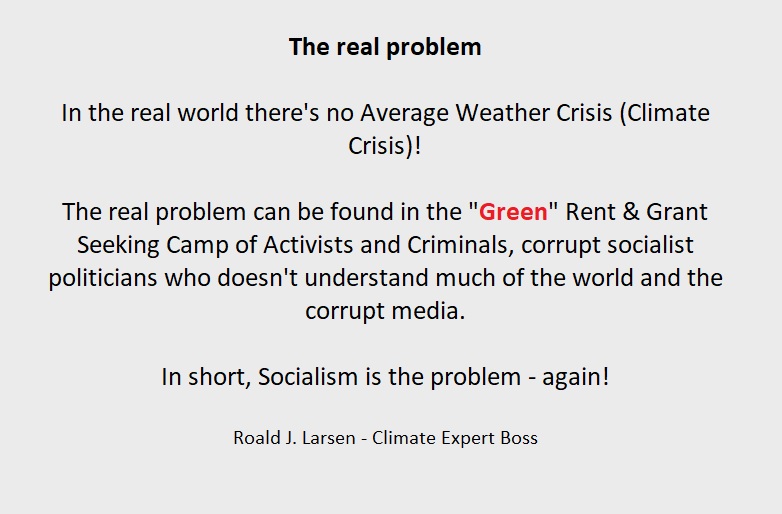