Is it time for Congress to step in and dismantle Facebook, Amazon, and Google’s ever-expanding internet empires?

In recent months, the left has raised sharp cries against the dangers of tech companies’ rapid growth and allegedly ironclad hold of their respective market spaces. Some critics have even argued that internet giants such as “Amazon, Google, and Facebook are too powerful and, if not stopped, may need to be broken up.”

Congressional Democrats have gone as far as to offer new legislation that would give the federal government more power to slow innovation from companies.

These bills would raise government filing costs for many proposed mergers. They would impose onerous government reporting requirements on many merging firms. They would establish presumptions that mergers violate the antitrust laws merely based on the size of individual merging firms—“big is bad.”

And, they would create a new unaccountable “independent” bureaucrat within the Federal Trade Commission, the “Consumer Advocate,” empowered to recommend new forms of regulatory interference in American business activity.

Taken together, these heavy-handed requirements would chill private sector activity and undermine marketplace vigor, denying American consumers potential gains and harming the economy. They would revolutionize American antitrust law—and, for the first time ever, make it less friendly than the law of other major countries toward major business acquisitions. 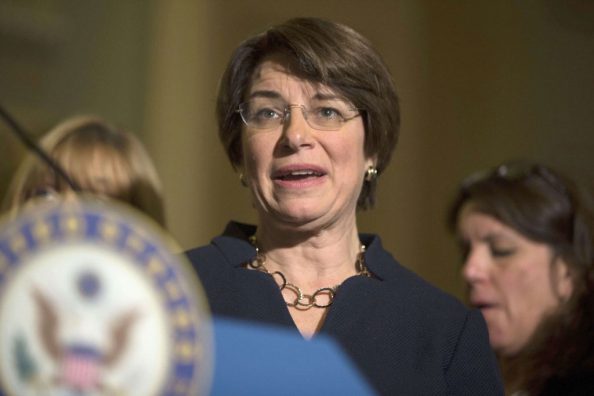 Klobuchar’s proposed legislation (part of a broader Democratic congressional “better deal” policy package that calls for increased and counterproductive government meddling in theeconomy) in effect seeks to punish American companies for the sin of being “too successful,” and authorizes unfocused government “fishing expeditions” into day-to-day business conduct.

Giving the federal government discretion to choose which companies will “get ahead” and which ones will be penalized based merely on arbitrary factors such as asset size, rather than based on harmful conduct, are abuses of power that undermine the rule of law.

The government should not be the “bachelor,” picking which “contestants” to eliminate from beneficial lawful mergers or “relationships,” based on mere whims. Rather, it should be the game show host, a neutral arbiter making sure all contestants are playing by the “rules of the competitive game.”

As such, the government should only take action against those businesses that are engaging in conduct designed to undermine the competitive process. It should not select corporate “winners and losers” by basing enforcement decisions on the good or bad publicity firms currently receive in the popular press.

Competitive “rules of conduct” are spelled out in the U.S. antitrust statutes and in Supreme Court decisions interpreting those laws. As former Federal Trade Commissioner Josh Wright and past Justice Department Antitrust Division head Judge Douglas Ginsburg have explained, “the promotion of economic welfare [i]s the lodestar of [U.S.] antitrust laws … and this has benefited consumers and the economy more broadly.”

Modern American antitrust enforcement, carried out by the Justice Department and the Federal Trade Commission, applies neutral economic criteria to advance this welfare standard. Enforcers focus solely on whether the effects of particular conduct are likely to harm welfare.

For example, acting Chairman of the Federal Trade Commission Maureen Ohlhausen recently explainedthat, in the internet arena, “the [commission] has sued companies for foreclosing rival content in an exclusionary or predatory manner … has challenged problematic access, discrimination, pricing, and bundling practices[,] [a]nd … ha[s] conditioned vertical mergers that would have foreclosed competition in a downstream market.”

And in a 2001 decision, the Court of Appeals for the D.C. Circuit held that Microsoft had illegally maintained its monopoly in the Windows desktop operating system—a case brought by the Justice Department.

The court’s opinion made it clear that under current antitrust law a dominant provider must maintain its position through legitimate competition on the merits, rather than through exclusionary conduct that has little or no purpose beyond disadvantaging rivals.

But it should not be used to short-circuit competition on the merits by firms just because they are huge or successful.

No one wins when businesses can’t seek out better processes and technical innovations from other companies. Democratic legislative proposals that place artificial restrictions on business growth and acquisitions will prevent technological improvements from being adopted, causing innovation to stagnate and eventually raising cost and diminishing quality for consumers.

What would our current online marketplace look like if the government had feared Google’s dominance or Amazon’s successful entry into book publishing by restricting them from acquiring new processes from other companies and expanding options desired by consumers?

If we had limited the expansion of Google, Netflix, and other “huge” internet “edge” providers, would we still be using Yahoo! mail? Driving to Blockbuster to rent movies? Getting lost on the road because we forgot to print out MapQuest? Possibly.

Companies such as Facebook, Amazon, and Google have added exponential value to the American economy in monetary value and consumer benefits in a very short amount of time. These companies and others have fostered new relationships, and allowed organizations to grow, sell products, and easily amplify their messages.

But their continued success is by no means inevitable, because human ingenuity is boundless, and new competitors with better services or business models could supplant them if they do not continue to compete vigorously.

For instance, Facebook and Google supplanted firms that supposedly were “entrenched” monopolists just a few years ago—Myspace in social networking and Yahoo! in web browsing. And in a short period of time, Amazon has surpassed Walmart as our nation’s dominant retailer (Walmart has gone online itself to seek to compete more effectively).

What’s more, the new and current internet “kings” have not been able to extend their monopolies into other lines where other innovative firms hold sway. Fears that Microsoft would leverage its Windows operating system monopoly into mobile web services and internet browsing were stymied by Apple and Google’s successes in these areas.

Google Plus has been ineffective in dislodging Facebook in social media. Google’s e-book store has not displaced Amazon as a bookseller. And Amazon and Facebook have not taken over other parts of “internet space.”

Competitive forces, not heavy-handed government interventions, have produced these results.

In sum, vigorous marketplace competition is highly effective. In those few cases when competition is undermined, current antitrust laws are well-calibrated and fully capable of stopping abusive monopolizing behavior, as they have done time and time again.

New legislative proposals that would punish successful private firms merely because of their size would retard the risk-taking and related innovation that have been a boon to Americans of all backgrounds in recent decades.

Such legislation, if enacted, would only serve to make American families and businesses worse off, and stifle new exciting technological innovations for us all.

Alden Abbott is deputy director of the Edwin Meese III Center for Legal and Judicial Studies and the John, Barbara, and Victoria Rumpel Senior Legal Fellow at The Heritage Foundation . http://www.heritage.org/