Even before Hurricane Florence made landfall somewhere near the border of North and South Carolina, predicted damage from potentially catastrophic flooding from the storm was already being blamed on global warming.

Writing for NBC News, Kristina Dahl contended, “With each new storm, we are forced to question whether this is our new, climate change-fueled reality, and to ask ourselves what we can do to minimize the toll from supercharged storms.”

The theory is that tropical cyclones have slowed down in their speed by about 10 percent over the past 70 years due to a retreat of the jet stream farther north, depriving storms of steering currents and making them stall and keep raining in one location. This is what happened with Hurricane Harvey in Houston last year.

But like most claims regarding global warming, the real effect is small, probably temporary, and most likely due to natural weather patterns. Any changes in hurricanes over 70 years, even if real, can easily be part of natural cycles — or incomplete data. Coastal lake sediments along the Gulf of Mexico shoreline from 1,000 to 2,000 years ago suggest more frequent and intense hurricanes than occur today. Why? No one knows.

The Massachusetts Bay Colony in 1635 experienced a Category 3 or 4 storm, with up to a 20-foot storm surge. While such a storm does not happen in New England anymore, it happened again there in 1675, with elderly eyewitnesses comparing it to the 1635 storm.

Until 2017, the United States went 11 years without a major hurricane strike — something that is statistically very improbable. Nine years into that 11-year hurricane drought, a NASA scientist computed it as a 1-in-177-year event.

My point is that nature varies, and unusual things happen sometimes.

Climate professor Orrin Pilkey thinks it is wrong to rebuild after major storms – though so far coastal communities whom he has advised have not been receptive to his wisdom.

Beyond Evacuations: Climate Change May Mean Abandoning Our Coasts Forever

Get out, and stay out. Or at least, don’t come back and build a high-rise. That’s the message Orrin Pilkey, a climate scientist and emeritus professor at Duke University, hopes Hurricane Florence will send lawmakers and coastal residents when it smashes the southeastern US this week. As climate change warms the oceans, swells the seas, and makes deadly hurricanes a fixture of American life, a massive and permanent retreat from the coasts may be the only way to protect lives and livelihoods in the long run, Pilkey says.

In his 2016 book Retreat from a Rising Sea, Pilkey, whose family’s Mississippi home was destroyed by Hurricane Camille in 1969, argues that unchecked climate change could make coastal regions uninhabitable sooner than we think. He thinks coastal communities should respond to this threat by moving away from the ocean now, before it’s too late. Pilkey takes particular aim at post-storm “urban renewal” projects—replacing modest homes with high-rises and mansions, for instance—that swell coastal populations. But even ordinary residents might have to give up the comforting dream of rebuilding after the storm.

Sooner or later, he says, coastal communities will have to choose from two bad options: hunker down beyond proliferating seawalls, or pick up stakes and move inland, forever. As Florence approached, I talked with Pilkey about his thoughts on the storm, climate change and “managed retreat.”

For a lot of people living on the coast, the idea of retreating—giving up their homes, their way of life—is going to be a tough pill to swallow.They’re going to swallow it sooner or later. The sooner they swallow it, the better off they’re going to be. I understand completely. When I’ve talked to people on the coast, I’ve been told to go jump in a lake, and a lot worse than that. In many of the communities on the coast, their beaches will become unstable. And if they don’t want to lose their buildings, they’re going to have to rely on a seawall. So, you’ll have a tourist community without a beach. That’s already happening. For instance, Miami Beach is considerably narrower than it was.

In the midst of a major flooding event like Hurricane Florence its easy to forget that living on the coast often provides protection against severe flood damage. The reason is flood water drains back into the sea far more easily if you live on the coast, than if you live inland. Coastal floods are usually very short lived, often lasting minutes rather than days, peaking at high tide.

You can usually protect a home against a brief flood, the way I once did, by covering the doors in waterproof tape and using non-setting plumber’s putty to seal any leaks we missed. Coastal houses can also be built to resist short floods, the house I protected had telescopic air vents, vents which had been deliberately set a lot higher than normal so they were less likely to become inundated by floodwater. Other houses on the same street were elevated on stilts, or set back a little from the water, to provide a buffer.

Houses further inland during that particular event were in a heap of trouble – their flood lasted days rather than minutes. Instead of their floodwater draining away back into the sea as rapidly as it had arrived, the inland floodwater was trapped in slow moving river systems. It is far more difficult to protect a house against prolonged flooding than against a brief coastal inundation.

Obviously a very large large storm surge can overturn the flood advantages of low lying coastal properties. The protective measures I describe don’t work if your near sea level house is buried under 20ft of water. But such severe storm events also affect inland properties, sometimes even worse than properties in coastal communities.

In my experience as a former and current coast dweller, blanket advice to “abandon the coasts” is nonsense.

Media Misses: Why It’s Wrong to Blame Trump for Hurricane

Leftists and the media have a tendency to blame President Donald Trump for everything—and this time he’s to blame for the weather, too. A Washington Post editorial published this week suggested that President Trump “is complicit” in hurricane damage. 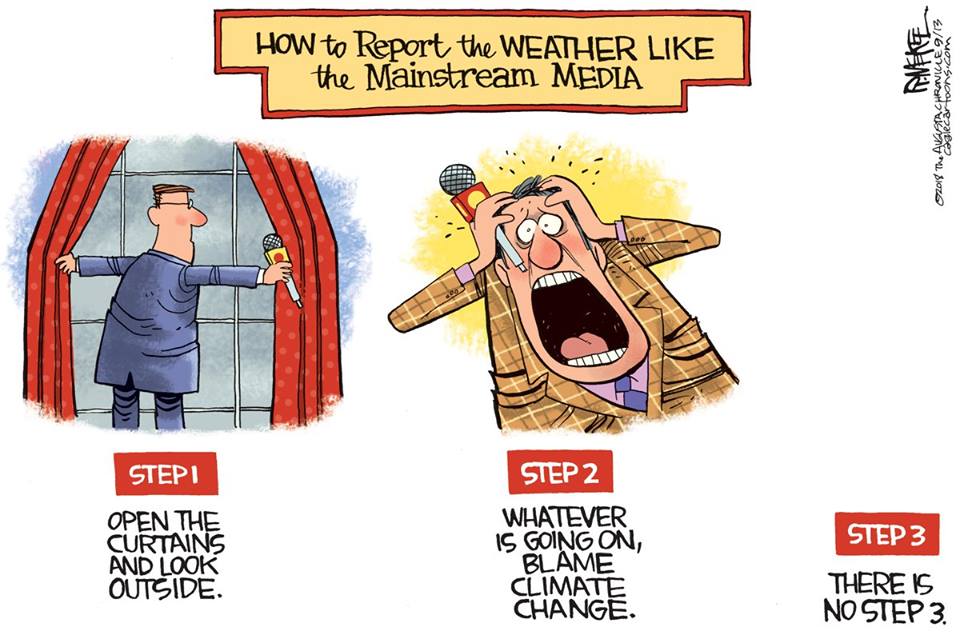