The haters who supposedly police “hate” are persecuting her, and the police are on the side of the haters. Freedom of speech no longer exists in Sweden, which is completely sold out now to the agenda of its growing and aggressive population of Muslim migrants. Sweden, like Britain, is finished as a free society.

A 65-year-old woman in Sweden, who is facing either a fine or prison sentence if found guilty of ‘hate crime’, released her side of the story in a YouTube video describing a large-scale investigation and harassment from police

65-year-old Christina, who faces eight charges of hate speech for claiming on social media that mass Muslim migration would lower the general IQ of the country, said that police had forced her into six separate interrogations and raided her home.

In court, Christina denied the hate speech charges, according to local newspaper Jönköpings-Posten, which said she refused to comment on specific statements.

The paper also expanded on more of the statements allegedly made by the 65-year-old, who is said to have written that immigrants were parasites and that they, “scream, they stink, they kill, they rape, they burn cars and more. How do I/we get rid of them? I’ve had enough.”

In her YouTube video, Christina claimed that she had spoken the truth about mass migration and Islam. She said that she had been subjected to six interrogations which lasted several hours each, and that police had seized several of her belongings including a new iPad.

She also said police had a 150-page file on her activities that were being monitored by the anti-hate speech group Näthatsgranskaren since 2016….

Christina also claimed that in 2016 she had been the victim of an assault by “refugee children” and although she reported the incident to the police, no one was ever charged. She said that after the attack she suffered from memory-loss issues….

Since speaking out against mass migration Christina also said her children had abandoned her and that she had no one to turn to for help….

Sweden has become a model country of everything that any competent, orderly, democratic society should not do. Its leaders sold out its citizens to suicidal immigration policies, and has acted upon the insane philosophy that all cultures are equal. The country has been reportedly on the verge of civil war, no go-zones have expanded even into Sweden’s largest shopping mall, sharia patrols are in operation, and over 80 percent of the police force wants to quit their jobs because of the dangers. Now one county with a large Muslim population is seeing record orders for bulletproof glass:

A Swedish manufacturer in Skåne county, home of the heavily migrant populated city of Malmö, has announced a record multi-million Krona order for bulletproof glass which the company describes as used for protecting against terrorist attacks. 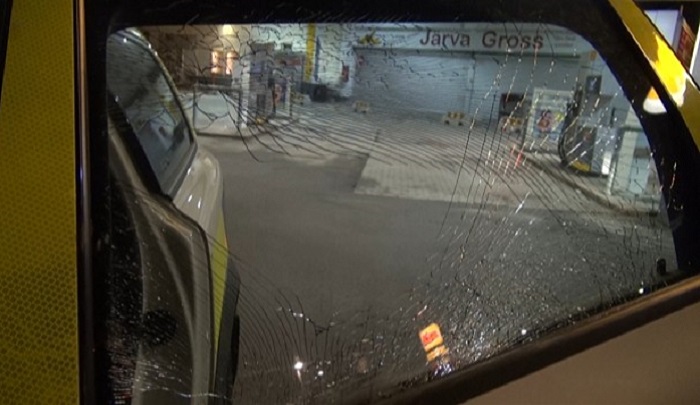 A Swedish manufacturer in Skåne county, home of the heavily migrant populated city of Malmö, has announced a record multi-million Krona order for bulletproof glass which the company describes as used for protecting against terrorist attacks.

Hammerglass has so far refused to say who made the 18 million Swedish Krona (£1.56 million/$2.2 million) order for glass which is advertised as being able to withstand the pressure from an explosion of the equivalent of 100 kilogrammes of explosive TNT, Swedish business paper 8till5, reports.

The company has also refused to say where the bulletproof glass and doors will be installed.

In a press release, Hammerglass business area manager Torbjörn Timmermans said: “Unfortunately, due to very strict confidentiality we can not make public either customer or order details, but I can confirm that the installation will take place during Q3 and Q4 this year, and that is for upgrading a property in Sweden.”

“We live in a world with an ever-increasing risk of terrorist attacks, and more and more people realise the importance of having the right kind of protection if something should happen,” he added.