The midnight sun has long been associated with Sweden. But given that a new study indicates that a spike in lethal shootings has made the Nordic country the gun-violence capital of Europe, it may suddenly be more like High Noon.

The rise in fatal gunshots in Sweden has been given the attention of the Crime Prevention Council, Br. Their research was published today.

Between 2000 and 2019, the study compared fatal shootings with those in 22 other European nations and came to the conclusion that Sweden has the highest rate of shooting violence in the continent.

Nowhere else in Europe has the growth that Sweden reports.

According to researcher at Br Klara Hradilova-Selin, Sweden has risen from the bottom of Europe’s statistics to the top.

“The increase in fatal shootings is largely limited to the 20 to 29 age group of young men,” adds Breitbart. “Between zero and four men of this age bracket are fatally shot, on average, per million people in other European countries. In Sweden, the figure is 18.”

The majority of young males resided in so-called “risk zones,” and virtually all of them had a migration history, according to a study of the data.

They’re code words, as they say, “vulnerable areas.” The phrase used in the quotation is a euphemism for dangerous, predominately Muslim urban and suburban districts that may genuinely be “no-go zones”; these are areas where Sharia law has virtually supplanted civil law and where authorities are frequently hesitant to enter out of fear of violence.

According to Breitbart, “Sweden recorded a record 47 fatal gunshots last year [in a population of 10 million] despite the Wuhan coronavirus outbreak, matching forecasts from November 2020 that the figure would surpass the previous year’s record.” 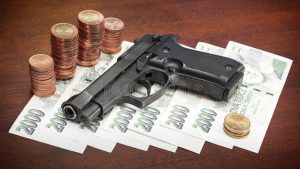 The news source also states that “the majority of the fatal shootings took occurred in and around Stockholm.” The fact that many of Malmö’s gang leaders were imprisoned as a result of the encrypted chat program EncroChat being hacked by European police agencies, on the other hand, caused the cosmopolitan city of Malmö to experience a severe downturn.

But Malmö is a unique case. Hkan Jarborg, the head of police for Police Region South, compared Sweden’s overall increase in shootings to that of the rest of Europe and called it “special.”

Of course, it wasn’t always this way. Sweden once had secure streets to go along with its safe automobiles, and even in the early 2000s, according to SVT Nyheter, “Sweden stood at the bottom when it came to lethal shootings in Europe.” “Violence, however, has dramatically grown since 2013, and since 2018, Sweden has held the top place.” It may also be the best in rationalization. The aforementioned Hradilova-Selin is also quoted by SVT Nyheter as saying, “We do not know the reason why fatal gun violence has climbed the highest in Sweden.”

Yes, if you’re Barney Fife, it is a mystery. However, consider this: Sweden has long had stringent immigration control but not strict gun restriction. In reality, the Express stated in 2017 that another event that occurred in 2013 was that immigration “hit its highest level since records began with 115,845 migrants coming in the country.” Do keep in mind that a large portion of this was immigration from Muslim nations.