Image: From the party’s homepage 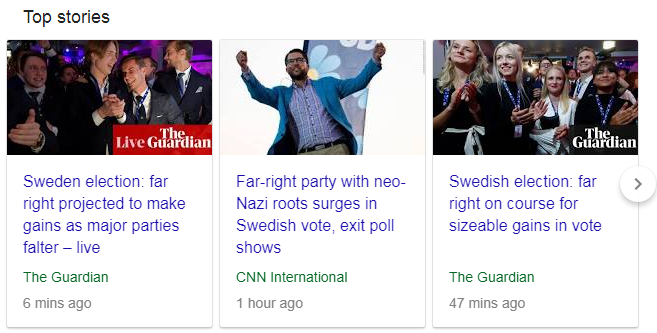 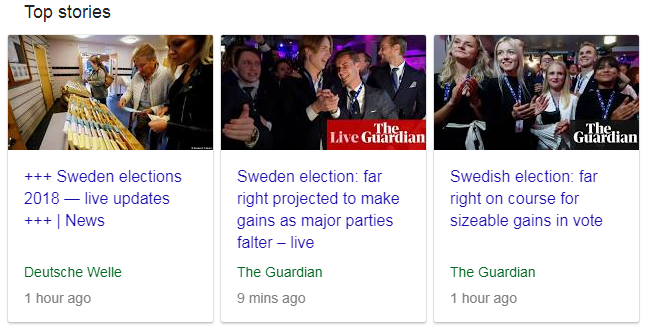 Notice how the leftist “newspaper” The Guardian dominate the impartial Google search with their dishonest name calling / labelling?

Scrolling through the webpage of SD i was not able to find any typical “far-right” policies. In fact, the only thing they have written on their homepage i must say i find strange is the point about the environment.

Sems like they also have drunk the kool aid of the posinous “greens” about the (Man Made) Global Warming Bullshit.

Meaning, Sweden’s emissions of “greenhouse gases” is low .. That is impressing when we consider the fact that such gases doesn’t exist in the real world.

If i am not mistaking, that is a typical leftist policy point (also supported by anyone getting kick-backs, individuals that are corrupt, that stand to get their pockets filled by illegal taxes on energy) etc.

Check it out for yourself …

There’s nothing scary or far right on that page, just common sense. 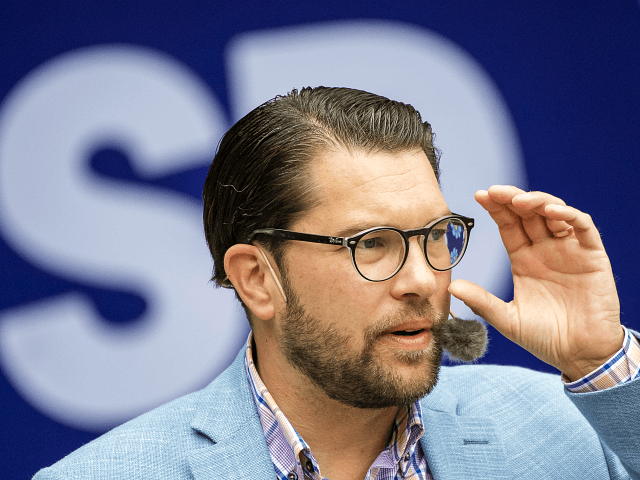 Exit polls for Sweden’s national elections project a surge in support for the populist Sweden Democrats, who may have won around a fifth of the vote.

The Social Democrats’ establishment ‘centre-right’ rivals in the Moderate Party appear to have underwhelmed as well, with it looking likely that any mainstream minority coalition will have to cut deals with the Sweden Democrats — or each other — to legislate effectively.

A TV4’s exit poll estimates more modest gains for the Sweden Democrats, at 16.3 percent of the vote, but still makes uncomfortable reading for the establishment blocs, with the Social Democrats receiving their share of the vote since 1908 — as in the STV poll — and the Moderates also falling back to 18.4 percent, only slightly ahead of the populist upstarts.

Christian Christensen, an analyst from Stockholm University, has noted that exit polls for the previous election underestimated the Sweden Democrats’ share of the vote, and that pollsters’ claims to have adjusted their calculations this time around should be “taken with a grain of salt”.

“SD voters tend not to answer, even in exit polls,” he observed — possibly anticipating that the populist party will perform even better than expected once the votes are tallied and the true results revealed.