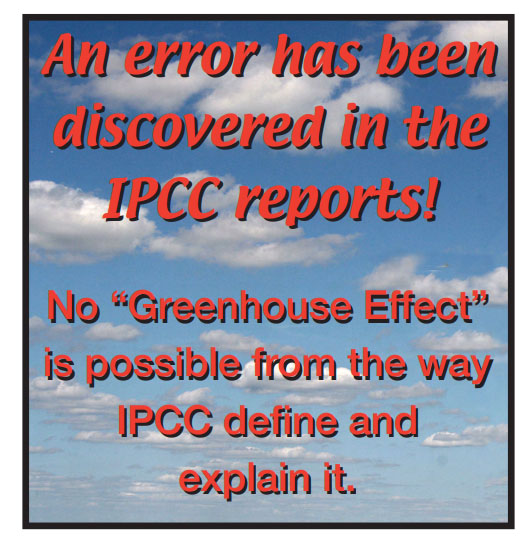 It is common sense that we believe colder things cannot further warm anything that is already warmer. There is also a law of physics that says “no process is possible the sole result of which is the transfer of heat from a body of lower temperature to a body of higher temperature”.

We are all well aware of this but for an issue of such national and far reaching significance as the widespread belief in anthropogenic global warming it is essential that the words and explanatory diagram in the UN IPCC statistical assessments of likelihood must be examined and considered by everyone. 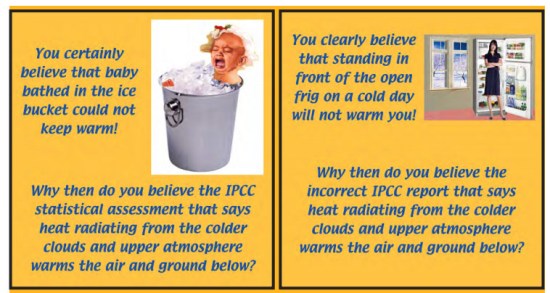 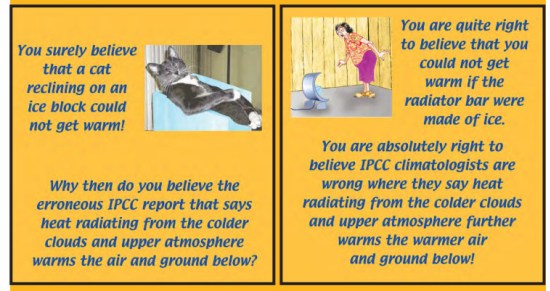 Constant media propaganda has created widespread belief that increasing trace levels of CO2 in the atmosphere will cause excessive global warming. Many people have a strong vested interest in maintaining the greenhouse gas scare.

The present position of increasing power prices, blackouts, uncompetitive industries and job losses will continue unless the widespread belief in anthropogenic global warming is clearly
shown to be untrue. It is therefore absolutely essential to consider and evaluate the basic facts: –

1) Everyone knows from their own experience or from an elementary law of physics that colder things cannot further heat anything that is already warmer.

2) It is necessary and essential that everyone reads and has confirmed by others the actual wording recorded in the IPCC statistical assessments of likelihood reports. Copies of the definition of greenhouse effect and explanatory diagram on pages 946 and 115 of IPCC Report 4, 2007, are reproduced here because they also record the average temperature for the colder clouds and upper atmosphere as -19°C and =14°C for the warmer Earth and air below.

These pages from the IPCC Report are true copies and this can be verified by download from https://www.ipcc.ch/report/ar4/wg1/ of the published report.

The prevalent belief that CO2 emissions will cause excessive global warming is of such national and international importance that opinion, interpretation, media reports, newspaper advertisements, publications, etc. should not be relied on. Authoritative evaluation of the basic facts is required. Attention must focus on the wording of the IPCC Reports as published. 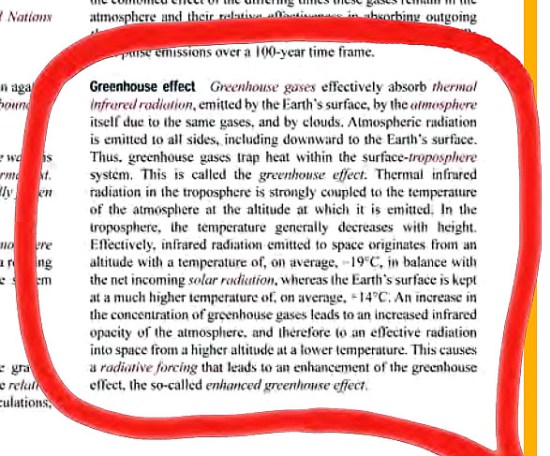 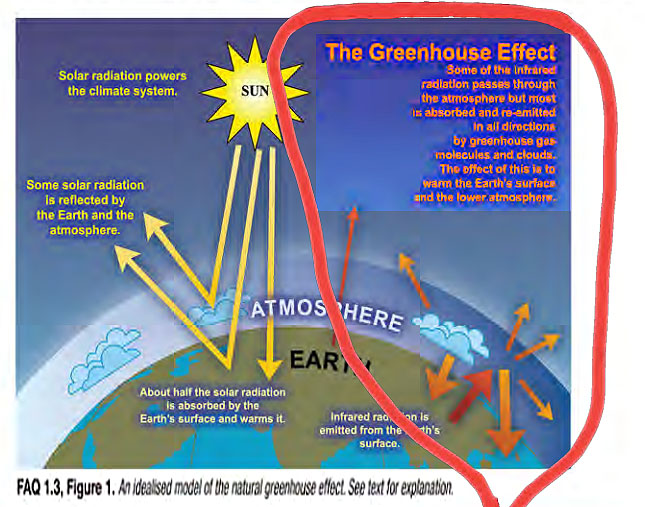 Pages 946 and 115 from this report are therefore reproduced (above) for you to consider.

Everything by and from the left is FAKE!!

On February 21, 1971 there was a massive tornado outbreak along the Mississippi River. It was blamed on global cooling.