Image: The Secret Funding Of The Global Warming Movement

Related: The Costs of Offshore Wind Power: Blindness and Insight 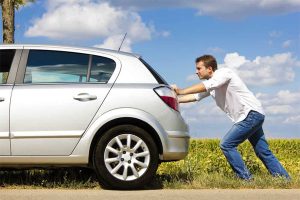 It was the kind of truck the Terminator might drive – at least when he needed extra cash. Sleek, silent, and faintly sinister, the Skynet-esque lorry, filmed speeding through an American desert in 2018, seemed proof of its maker’s technological prowess.

The claim was technically true. The lorry was indeed moving. But as the Arizona-based start-up admitted last week, it was moving because it had been towed up a hill and then left to roll.

“Nikola Never Stated Its Truck Was Driving Under Its Own Propulsion In The Video,” A Spokesman Defiantly Declared.

“As Nikola Pivoted To The Next Generation Of Trucks, It Ultimately Decided Not To Invest Additional Resources Into Completing The Process To Make The Nikola One Drive On Its Own Propulsion.”

After the admission forced Nikola’s chairman and founder Trevor Milton to resign, shares in the company plunged on Monday.

But the implications were much bigger than just one firm. The news – part of a bombshell report by the short-selling investment firm Hindenburg Research, whose conclusions Nikola dismissed as “false and misleading”  – came just days after General Motors agreed to invest $2bn (£1.53bn) into Nikola.

Throw a briefcase full of cash in Silicon Valley today and you will hit an EV company, many racing towards an early public float.

There is Rivian, Nio, Fisker, Workhorse, Lordstown Motors, XPeng, and of course Tesla, whose breathtaking stock rally this year has dragged many imitators behind it.

But as the original EV pioneer prepares for its latest “battery day” on Tuesday, when it will hold its annual meeting and show off new ideas, whispers of a bubble are only growing. Tesla’s own history of failed predictions hardly helps matters.

“It Looks Awful,” Says Reilly Brennan Of The San Francisco Venture Capitalist Firm Trucks VC, Referring To Nikola’s Ordeal. “This Is The Warning Shot Of How Eventually Things Are Going To Roll Out Over The Coming Decades. And It Could Very Well Be That Some Of These Companies Are Overvalued.”

He points in particular to neophyte EV makers who are using unconventional corporate structures to float in a rush.

“You have a lot of companies that have come out, who previously could not have done an IPO in a traditional sort of year, and have used SPACs to come around, come through a different door and raise more capital,” says Brennan.

“The future of the car business is increasingly electric [and] zero-emission. [But] my concern is that a lot of these companies are coming out and raising money from the public markets. It’s clear it’s a little bit early for them to be doing so.”

In part, Brennan attributes the problem to the sheer expense of developing new EVs – often underestimated amidst a hail of optimistic promises about our shiny green future.

He says that ringing new models to production requires such prodigious amounts of cash – at least “ten figures” – that Silicon Valley investors are often tapped dry.

Next up are sovereign wealth funds and international investors; and after that, public markets. But Brennan believes that “many” EV makers are “undercapitalized” even after that – such as Canoo, which is “not only building a whole new vehicle but building it from a clean sheet of paper.”

A prime example of this problem is Faraday Future, an ambitious electric car business whose Chinese billionaire chief executive filed for bankruptcy in 2019. His lawyers said in court that his personal bankruptcy scuppered a meeting with a sovereign wealth fund which had seemed poised to bankroll the business.

Other businesses in the space have been accused of going beyond generating hype and instead engaged in outright lying.

Read more at The Telegraph