The victory of President Trump is a gift not just for America but for the world.

As WUWT recently reported, the last few days has seen a growing panic amongst the inner core of the Climate movement, currently partying at taxpayer’s expense in Marrakesh, about what they hoped was the unlikely possibility of a Trump Victory. Now their worst fears are realised.

Many years ago, Lord Monckton predicted America would be nation to lead the world to freedom from the anti-humananist greed of the green movement. Lord Monckton’s prediction has now come to pass.

In my native Australia, in Europe, across the world, in the bleak halls of the United Nations, the climate elite were gathering for one final great push to claim the future. Their plans are now in ruins. 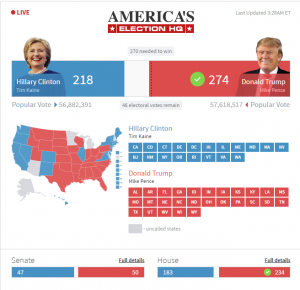