Related: Dying After Getting The Covid Jab? Pathologists Now Have Answers

Is “anti-vaxxer” now the new “racist”?  For starters, the only person an anti-vaxxer can harm is one’s self and anybody else who really respects their opinion.

Now that so many millions have been vaccinated, the database pertaining to side effects and overall effectiveness is being fleshed out… almost to the point of being conclusive.  As time goes on, the conclusions will naturally firm up.

Furthermore, many of the particularly notorious anti-vaxxers are folks who have acquired natural immunity — by having already survived a COVID infection.  In fact, their immunity seems to be more effective and durable than the induced vaccine immunity.

But politics being what it is, somehow anti-vaxxers are being branded as right-wing kooks.  Why?  Because some uninformed drones will believe that.  Folks on the Right are inherently suspicious of government coercion, especially when it involves personal decisions that really don’t affect other people.  The Left limits their privacy concerns to the bedroom, leaving grocery stores, restaurants, doctors’ offices, etc. in the hands of petty tyrants (can you say “Michael Bloomberg”?).

There’s one particular exception to all of this: K-12 schools.  On one hand, minor children are in the legal custody of their parents, period.  On the other hand, teachers are exposed to all kinds of bugs and would be justified in referring to their students as “disease vectors.”  Since children are the least at risk from the effects of COVID, then it would be prudent to require only teachers to be vaccinated.  Employers often make their staff undergo various procedures, and this would not be an exception.

Back to motive, the Left uses blame as a substitute for common sense.  The fact that COVID is still with us has to be somebody’s fault.  Anti-vaxxers are made to order for this job.  Contradictory to this is that some on the Left oppose booster shots on the grounds that the Third World has a much lower vaccination rate than the rest of us and that, before we indulge in an orgy of immunity, we should take care of the rest of the world first.  The problem, however, is not the amount of vaccine available — but rather the lack of infrastructure needed to administer the vaccine.

This conflict will likely soon run its course, as the effects of vaccination and natural immunity slow down the progress of the disease.  Occasional “spikes” are also likely in various localities, some possibly due to differences in statistical methodology.  Our modern world has not had a lot of experience in dealing with pandemics, only serious diseases that were no where near as contagious as COVID.  Throw in the aging of the population because of the Baby Boomers and the usual cynical political opportunists… and voila! 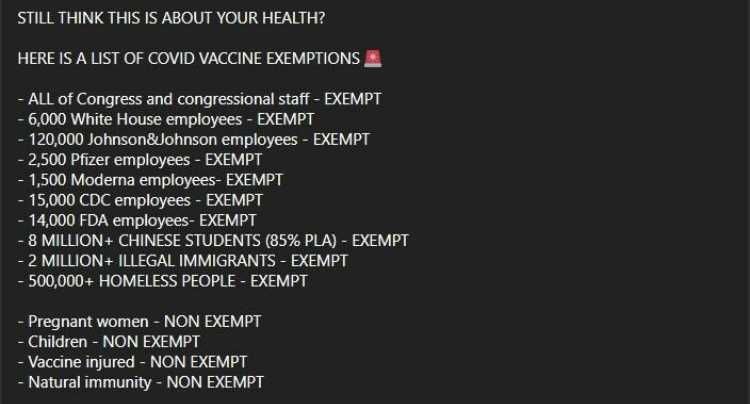