By H. Sterling Burnett – American Thinker
We live in dangerous times, possibly the most fraught period in American history since the Civil War.

This time, the threat is not that the country will split, although there are many on the left and right side of the political spectrum who openly wish for that, sans the violence of a civil war.

Now, the threat is that the United States’ fundamental institutional framework will be eroded and “We the people” will cede our God-given rights and essential liberties with a whimper, not a bang, in response to fears of an ongoing ever-morphing pandemic, and the supposed existential threat of climate change.

President Dwight D. Eisenhower’s Farewell Address is justifiably famous for his warning about the threat a growing “military-industrial complex” posed to liberty. Less noted then or now, but arguably even more prescient, was his warning about the co-opting of science by government funding and of government by an elite who claim ownership over scientific truth. Eisenhower wrote,

THE PROSPECT of domination of the nation’s scholars by Federal employment, project allocations, and the power of money is ever present — and is gravely to be regarded.

YET, in holding scientific research and discovery in respect, as we should, we must also be alert to the equal and opposite danger that public policy could itself become the captive of a scientific-technological elite.

When I hear people like Anthony Fauci and James Hansen talk about COVID-19 and climate change, respectively, claiming to be speak for “the science” and calling on everyone to “follow the science,” it sends shivers down my spine. Science should inform our choices, including political choices, but scientists should not dictate our decisions, as Eisenhower noted. No individual scientist, or group of scientists, has a monopoly on the truth. Nor do scientists have special insight into what any particular person or society should value, or what level of risk and types of tradeoffs people should be willing to accept to obtain or preserve those values.

Frighteningly, in the face of the COVID-19 pandemic, the vast majority of Americans demonstrated they would swallow Huxley’s “soma” pill, accepting huge restrictions on their fundamental rights and liberties, as long as the government kept sending checks and issuing unconstitutional edicts, such as the federal eviction moratorium.

Whatever the government science spokesperson of the day (typically Fauci) said about the response to the pandemic, even if it contradicted what they said the day before and no new evidence was cited, that was what “the science” said, and to contradict it was to be a dangerous anti-science ideologue. Fear of a virus led people to trade essential liberties for supposed temporary safety/security. 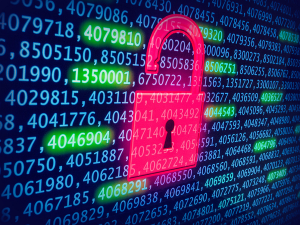 Benjamin Franklin warned of this day. But, to paraphrase folksinger Don McLean, “People didn’t listen then. They’re not listening still. Perhaps they never will.”

The global elites’ response to the pandemic and climate change is the same: the Great Reset (GR). Those pushing the GR are attempting to impose socialism worldwide, especially on energy production and use.

The GR has been a long time coming. It is the latest manifestation of the Progressive era faith in scientific managers and unaccountable bureaucrats not beholden to democratic election cycles or bound by allegedly outdated laws and the expressed wishes of We the people. It assumes these experts could, if only given free rein, manage the world’s resources more effectively to meet the true needs of the people, so defined by the elites, better than the commoners can do when operating freely in markets and through elections.

The government response to the pandemic was a test case in the effort to impose the GR whole cloth. The elites tested how much freedom they could seize before people began to push back. Instead of tracing the virus and isolating those with COVID-19, as had been done to great effect during past pandemics, the government locked down people who weren’t sick “for the good of all.” As one anti-lockdown activist told Fox News, “Quarantine is when you restrict movement of sick people. Tyranny is when you restrict the movement of healthy people.”

If the GR comes to pass, it will be too late for people to do anything about it. Any resistance will be castigated by sheeple on social media and in the mainstream media. Social media will shut down the accounts of any who object and silence their voices.

After the GR, “resistance will be futile,” to paraphrase Star Trek’s Borg.

When it’s about power, – and only power. Well, at least she doesn’t come across as hypocritical (sarc):