The recent “Unite the Right” march in Charlottesville, which included white nationalists and even self-proclaimed neo-Nazis, has caused a political frenzy. After a horrible murder, the left-wing media demanded that President Donald Trump disavow the Nazis and were outraged when he said that there were bad people on both sides. He was accused of being a crypto-Nazi and lambasted for making a “false equivalency.”  The whole hysteria rests on one major assumption, namely that the Nazis were far right.

This is a lie.

During the 1930s and 1940s, it was well known in Europe that Fascism and Nazism were creatures of the left. They were viewed as sister ideologies of communism. In America, progressive intellectuals and politicians were fascinated by Hitler and Mussolini because they represented big government and expansion of social programs and the welfare state.

However, most ordinary Americans knew very little about the ideologies that played out in Europe, and after World War II, when the horrors of the Holocaust became widely known, the left understood that they would be finished if it ever became common knowledge that Hitler and Mussolini were collectivists, progressives, and socialists. Their solution was to rewrite history, placing the Nazis on the far right.

Their trick worked. The best progressive minds go into academia and politics, whereas the best conservative minds go into business. Marxists are therefore allowed to write the history books, unopposed by knowledgeable conservatives. Consequently, Americans have been indoctrinated with the lie that racism is a fundamentally right-wing phenomenon and that Hitler was a purebred conservative. Honorable Americans have been apologizing for their beliefs ever since.

Proving that the Nazis – National Socialists – were and still are left-wing is relatively straightforward. During the Charlottesville march, neo-Nazis chanted “white lives matter.” Others railed against Jewish privilege when they screamed that “Jews will not replace us.” Everyone knows that Black Lives Matter is a far left movement, and that identity politics, in general, is a variation of Marxism, sometimes referred to as cultural Marxism. The far left is exceedingly concerned with white privilege.

Why then does identity politics all of a sudden become far right when “black” is replaced with “white” and “white privilege” is replaced with “Jewish privilege”? It makes no sense unless you argue that whiteness is inherently right-wing, which is dangerously close to the way Hitler talked about Jews.

The fact is that Mussolini was the first cultural Marxist. He championed the nation as a collective, rather than the worker’s class. Hitler was also a pioneer in identity politics, but went a step further and identified culture with race. He was a racial Marxist. That is the reason why Nazi leader Dr. Joseph Goebbels, as quoted by the New York Times, stated that “Lenin is the greatest man, second only to Hitler,” and that “the difference between Communism and the Hitler faith is very slight.”

Another prominent Nazi leader, Hermann Göring, reiterated the commitment to socialism in 1933 in his speech “Nationalism and Socialism” to the Nazi labor union. He said: “Those who do not want to recognize a German socialism do not have the right to call themselves national.” Hitler himself stated in a speech in 1927:

We are socialists, we are enemies of today’s capitalistic economic system for the exploitation of the economically weak, with its unfair salaries, with its unseemly evaluation of a human being according to wealth and property instead of responsibility and performance, and we are determined to destroy this system under all conditions.

Therefore people should take note that many people on the so-called “alt right” express support for universal healthcare and in many cases directly oppose capitalism and free trade. These are not “far right” positions. They, along with identity politics and group think, thoroughly belong on the left.

When is a good time 2 tell the left/media that all those DEAD awful racist confederate generals that keep them awake at night are Democrats?

A statue never signed my paycheck. A dead person never offered me a job. I was never a slave. A monument, however, reminds me why. #MAGA ?? 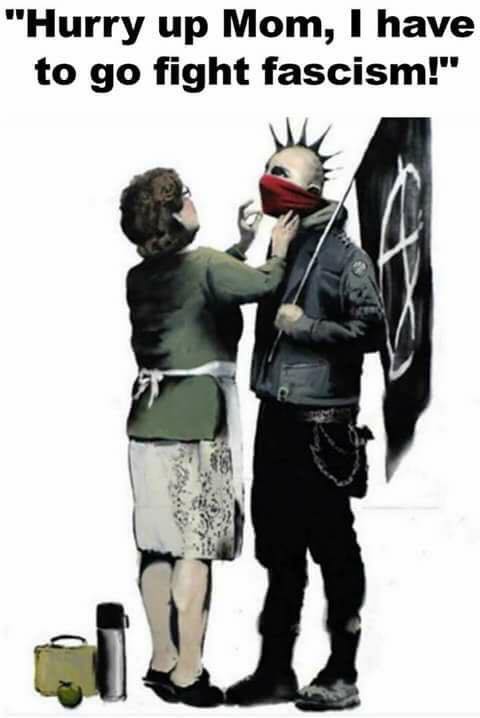