We define “warming” as a positive rate of temperature change over time. According to the main hypothesis, warming since 1951 has been due almost exclusively to the increase in GHGs (greenhouse gases), of which CO2 is the most important one. The IPCC does not find anything else that has contributed to the observed warming. 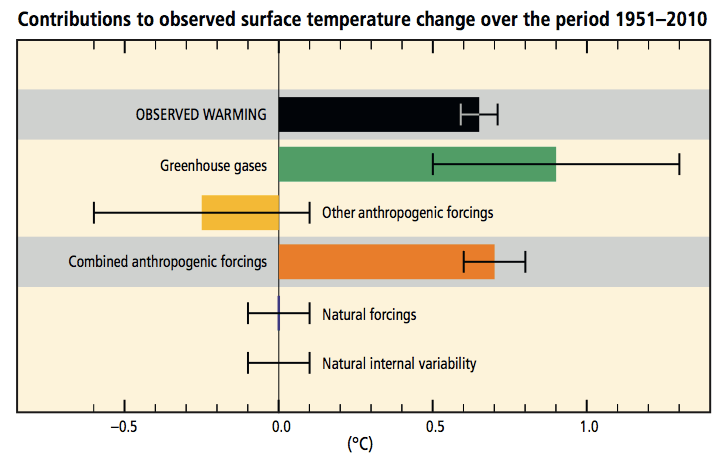 The rate of CO2 change (the atmospheric increase in CO2 every year) has been increasing almost linearly since 1959 and is currently ~2.4 ppm/year. 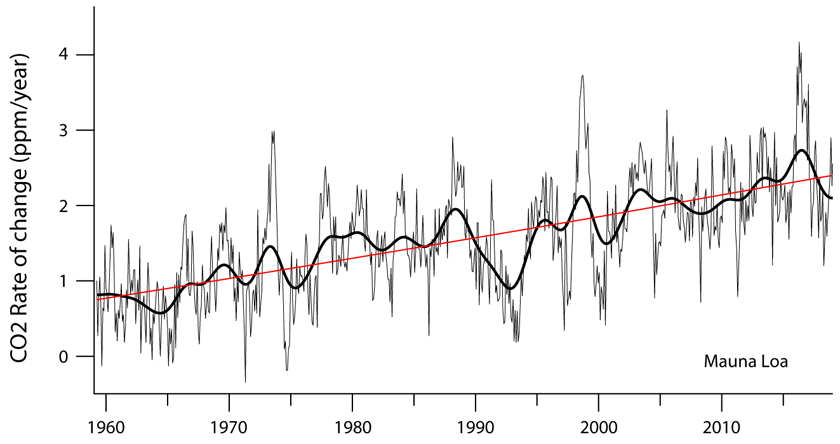 But the hypothesis doesn’t fit the observations. The HadCRUT 4 rate of temperature change (°C/year) is no longer increasing. In fact, it stopped increasing ~1994 and has been decreasing since. Global warming has been decelerating for over 20 years despite CO2 levels increasing at the same rapid rate. 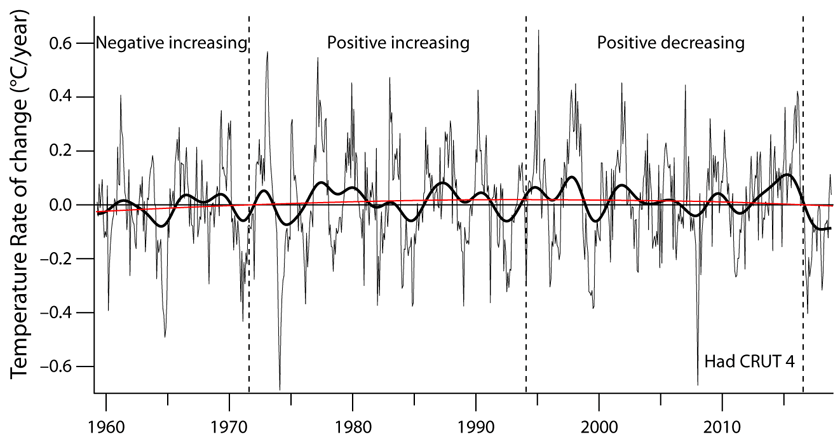 Since 2017, the rate of temperature change has become negative. 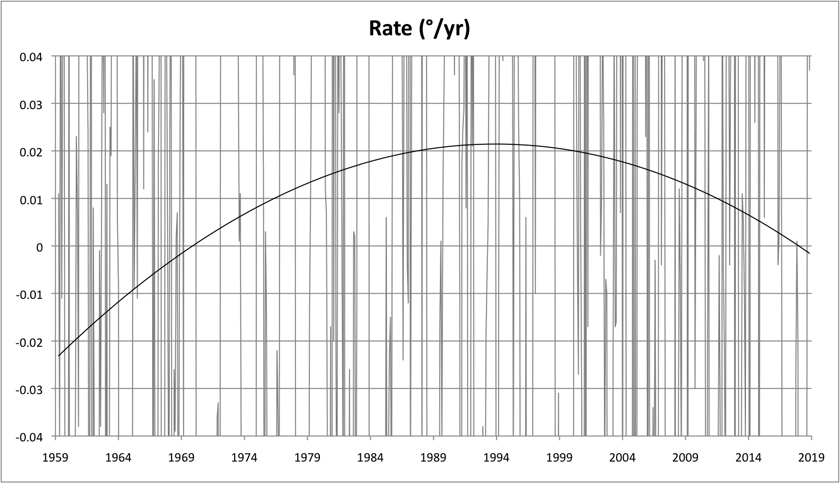 The global warming deceleration since 1994, and cooling since 2017 are incompatible with the hypothesis that the increase in CO2 is driving global warming. Other factors must be more important than CO2.