When the majority of normal people don’t get fooled by the “Green” Rent & Grant Seeking Activists and Criminals (mostly criminals) they try to convince us by abusing a stupid, mentally ill child.

And, because we take her seriously, both she and the criminals behind her abuse has to accept honest reactions, like the one below.

Former Top Gear host, Jeremey Clarkson, has had it when it comes to self-righteous youngsters pointing fingers at his generation and proclaiming they’ve doomed everyone else with “climate change.”

Writing a column for The Sun, Clarkson aimed his ire at 16-year-old Greta Thunberg who gave a speech at the United Nations, chastizing previous generations for their carelessness and claiming that they stole her “dreams and her childhood.” While the media made this speech out to be one of the greatest ever heard, many thought it misguided, if not ridiculous.

He proceeded to lay into Thunberg about all the amenities she enjoys thanks to previous generations, including his. This includes all the drugs she uses, aid missions to poor countries, and the movies she enjoys, all made by his generation.

He also included the fact that she sleeps soundly in her bed at night thanks to his generation:

And then pause for a moment to consider how soundly you sleep at night, knowing that adults are building and servicing and flying Sweden’s fighter planes. To keep you safe.

We gave you mobile phones and laptops and the internet. We created the social media you use every day and we run the banks that pay for it all.

So how dare you stand there and lecture us, you spoilt brat.

Clarkson tells Thunberg that she is, indeed, a spoiled brat thanks in part to her parents doing everything she ordered them to do instead of telling her how the world really works and not everyone gets what they want. The former Top Gear host then let Thunberg in on some reality:

What they should have done is point out that life is tragic.

Some people are born bright and some are born stupid.

Some are beautiful and some are not.

Some have rich parents who give them everything but love.

Some have poor parents who have nothing to give except love.

Now shut up and let them get on with it.

And banging your fists on the table won’t change a thing. You’ll learn that when you’ve got a few more years under your belt.

Clarkson said that he doesn’t necessarily disagree with Thunberg that the planet is hotter and that it’s possible that mankind has something to do with it, but that pointing fingers and virtue signaling isn’t going to get anything done. In fact, as Clarkson once again points out, the very people Thunberg blames for the problem are busy trying to solve it.

He then suggested that if Thunberg really wants to help, she should go back to school and study science and join in on the real problem solving:

Something needs to be done about that. So how’s this for an idea. Get back to school as quickly as possible and work hard in your science lectures.

Because science is what will solve the problem eventually. Not scowling and having screaming ab-dabs every five minutes.

Many thousands of people who you had the temerity to blame this week are trying to do exactly what you want.

So be a good girl, shut up and let them get on with it. 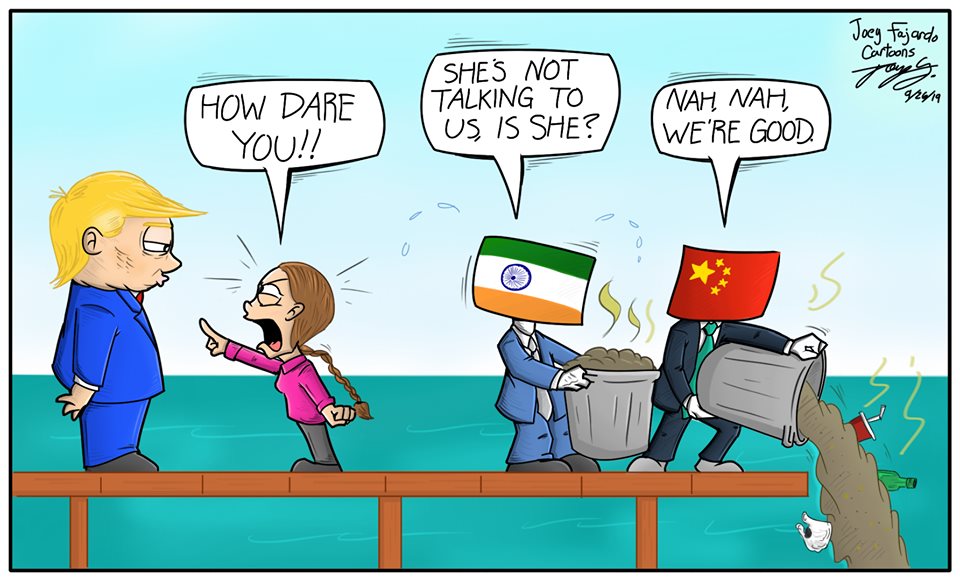