The Trudeau government announced Friday the first infusion of $11 million (CND) to help Toronto with its escalating influx of illegal immigrants by housing them in local hotels.

“I described it as an important step forward, which it is,” said Tory, when asked if $11 million was enough to deal with the crush of illegal immigrants converging on the city.

The news conference also revealed that the Trudeau government is now busing illegal immigrants from Cornwall, Ont. to Toronto after they illegally cross the border in Quebec.

That prompted outrage from Conservative immigration critic Michelle Rempel, who said in a statement, “The truth is that the Prime Minister has only made the situation worse, and permanent, by failing to take action. Busing individuals from Roxham Road to Toronto to live in homeless shelters, dormitories, and now hotels is not compassionate. Money is not a plan. Justin Trudeau can’t keep throwing money at this crisis and hope it will go away.”

Rempel said the $11 million in funding announced Friday is just the first “installment” of many more to come.

“Instead of presenting a fully costed, long-term plan to Canadians, Justin Trudeau has instead chosen to set up a permanent hotel program to deal with the influx of illegal border crossers. This is yet another example of an unbudgeted, band-aid solution by this irresponsible Liberal government,” the Calgary Member of Parliament said.

Sheila Gunn Reid of The Rebel.Media reports: In part two of our investigation into Trudeau’s policy of turning Canadian hotels into makeshift migrant camps, we’ll show you how Syrian refugees treated the hotel staff tasked with cleaning up after them and repairing the damage they left in their wake. 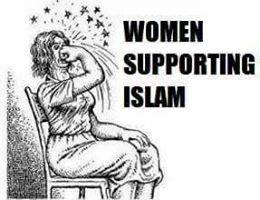