We could not possibly agree more.

White House Office of Management and Budget Director Mick Mulvaney answering questions at a press conference, explained that the reason the President wants to slash climate funding is he considers such funding to be a waste of money.

White House: Climate funding is ‘a waste of your money’

The White House on Thursday defended a proposal to slash federal funding for climate change programs, calling it “a waste of your money.”

“I think the president was fairly straightforward on that: We’re not spending money on that anymore,” Office of Management and Budget Director Mick Mulvaney said at a White House briefing on Thursday.

Meanwhile in Australia and Norway the Man Made Climate Change scam continues.

In Australia the madness has gotten so out of control parts of the country can no longer provide reliable electricity for its residents, businesses and hospitals, and they are not allowed to use coal, they even have a shortage of natural gas due to the criminal activist “greens”.

.. and in Norway, the centrum/right government has gotten so far to the left and are determined Norway’s population and businesses should bear the cost of saving the globe from a nazi-leftist, “green” (Man Made) Global Warming, fake, globalist nonsense, ala (Man Made) Climate Change BS! that no one believes in anymore, – something the climate priests doesn’t want to hear so the debate has been shut down by, wait for it .. THE LEFT WING MEDIA.

So how are they planning to do this?

2 things, first, cut a lot of rainforest to make room for plantation for palm oil production. Then, after it has been produced, transport it to Norway and mix it in our fuels. The cut of CO2 emission will be 1 million tonnes, but after transporting it to Norway it will only reduce the emission by 150 000 tonnes of the plant food CO2 at the cost of billions.

Stupidity, corruption and weak, incompetent politicians are here to stay! 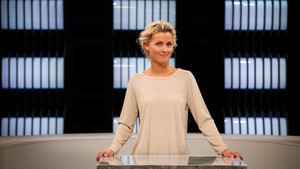 You can watch the freak show at the Norwegian state broadcasters (NRK) website (open in a new window, Norwegian).