The Ukrainian leader of a of pro-Taiwan caucus of lawmakers in Kyiv has said China is “proving to be a friend of our enemy.” He added Taiwan could play a role in rebuilding Ukraine.

A cross-parliamentary caucus was recently formed by Ukrainian lawmakers to advance trade and cultural ties with Taiwan.

The chairman of the foreign affairs committee of the Ukrainian parliament, Oleksandr Merezhko, lauded Taiwan for its “quick” response to Russia’s incursion.

The caucus’ initiator, Merezhko, told DW that “Taiwan’s parliament swiftly adopted a resolution in favor of Ukraine and also put strong sanctions on Russia, which was incredibly useful to us.”

Taiwan also provided Ukraine with humanitarian supplies worth millions of dollars, he continued.

In these challenging times, Russia and China strengthen their relationship
Vladimir Putin, the president of Russia, and Xi Jinping, the president of China, met before Russia invaded Ukraine on February 24 and vowed to have “no bounds” in their alliance.

China has straddled a thin line as the war grinds on, refraining from outright endorsing the invasion while not tolerating it.

The Chinese Foreign Ministry stated that Beijing is “committed to dialogue” for peace in Ukraine and that “countries deserve respect for their sovereignty and territorial integrity” in a statement following a meeting between Chinese Foreign Minister Wang Yi and Ukraine’s top diplomat Dmytro Kuleba last week on the sidelines of the UN General Assembly in New York.

It declared, “We always support peace and will keep playing a positive role.”

According to a press release from Beijing, Foreign Minister Kuleba stated that Ukraine “attaches importance to the international standing and significant influence of China” and “expects the Chinese side to play an important role in relieving the current crisis.”

Merezhko, a lawmaker, asserted that Beijing has consistently provided Moscow with covert help.

“China was waiting and seeing whether Russia would be able to capture Kyiv in three days or not,” he added, calling the no limits alliance “absolutely inappropriate.” “To me, it’s a signal that they are hoping Russia will decapitate the government in Ukraine and impose a puppet regime.”

Merezhko further charged that Beijing was promoting Russian narratives via state media in China, such as by attributing the war to the United States. In addition, China is still buying Russian energy, which Merezhko claimed was used to fund the Russian military industrial complex.

He continued, “China showed to be a friend of our adversary.

Taiwan is forced to “reflect” on the Ukraine war.

According to Claire Wang, a Taiwanese lawmaker who took part in a 25 August virtual conference with Ukraine’s pro-Taiwan caucus, the conflict in Ukraine has caused Taiwan to consider its own strategic situation.

I think it’s good to establish such a group with Ukraine because Taiwan is a very small country and shares a hostile neighbor with Ukraine, she remarked. 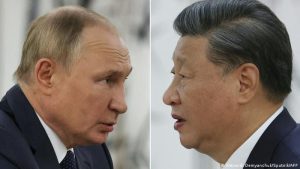 Beijing exerts pressure on nations who want to forge closer, unofficial connections with Taiwan because it sees Taiwan as Chinese territory that will eventually be merged with the mainland.

The People’s Republic of China (PRC) is acknowledged as the “only legal government of China” under the “one China” policy; yet, the doctrine does not explicitly imply that nations recognize Beijing’s sovereignty over Taiwan, creating a diplomatic limbo.

Ukraine, the United States, and other Western nations all acknowledge the one China policy.

According to Merezhko, Beijing is attempting to prevent Ukrainian legislators who support Taiwan from forging deeper connections with Taipei. He said that the Ukrainian charge d’affaires in Beijing had even received an official complaint from the Chinese Foreign Ministry.

Merezhko added, “The leadership of the parliament should merely declare this publicly during the parliamentary meeting. It is our right to form our own groups focused on outstanding issues.

I assume the Chinese influence is the reason why the proclamation hasn’t occurred despite the passage of more than a month.

RELATED: How Taiwan is defying China 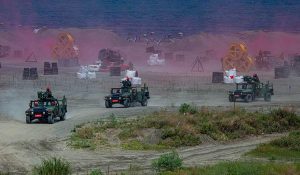 Parliamentary delegations from Germany, the United Kingdom, and Denmark are anticipated to visit Taiwan in the upcoming months despite China’s hostile response to Taiwan’s expanding international involvement.

According to former European Parliament political assistant Zsuzsa Anna Ferenczy, “Taiwan gained an unprecedented amount of European support in the past two years, and in this process, parliamentary diplomacy was one of the most useful tools.”

The development of the group, she continued, “indicates growing recognition of Taiwan as a fellow democracy under assault from a hostile neighbor, a threat that both the people of Taiwan and Ukraine see as existential.”

Merezhko claimed that the visit of Ukrainian lawmakers to Taiwan would be “natural.”

It strengthens both of us when we support one another because “we are both democracies battling for our existence,” he remarked. It strengthens democracy all across the world.

A de facto embassy, known as a “representative office of Taipei,” was also advocated for opening in Kyiv and vice versa.

“I’m in favor of developing all kinds of relationships, including cultural, humanitarian, and economic relations. I would like to see Taiwan taking up roles in rebuilding Ukraine,” he continued. “I’m in favor of securing international agreements with Taiwan, similar to those that have been reached between Poland and Taiwan.